It’s not an obvious statistic, but the last time Brazilians finished first and second in a Grand Prix was a quarter of a century ago, to be precise on 21 October 1990 at Suzuka. The winner was Nelson Piquet, by then coming towards the end of his career, while in second place was his brand new Benetton team-mate, Roberto Moreno. The race is remembered for the Senna-Prost crash that handed Ayrton the title, but the story of how Moreno got his Benetton drive is far more entertaining and heartwarming. It’s a tale of perseverance, happenstance and serendipity. In 1990, he’d only got through pre-qualifying twice in the EuroBrun before failing to make the cut yet again in Jerez. He went home to Monaco determined to find something better for the following year. Over to you Roberto… 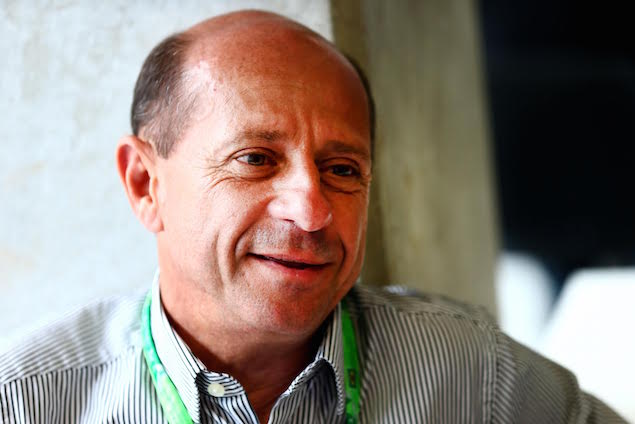 I go home really sad and say to my wife: “I’ve got to go to England, chase the next drive for next year because I don’t want to drive for EuroBrun next year.”

Herbie Blash (now FIA Deputy Race Director, back then Brabham team manager) had a seat at Brabham for the following year. So I called Herbie on Wednesday one week before Japan. “Oh, please come. Let’s talk about it.”

Friday, being a good Brazilian, I didn’t call, I just flew. I thought, If I call, he’s going to tell me to come tomorrow. Got to Heathrow, pushed the phone card in. Called Herbie.

“Oh, Roberto! You came without telling me. I’m sorry, I got busy again. But since you’re here, come around 5 o’clock. I’ll give you 10 minutes before I go home.”

I have to wait until 5 at Heathrow. Got my phonebook out. I called Mr Kawamoto (Honda President) in Japan, I called Ron Tauranac, my mate Gary Anderson, I talked to all of them for I don’t know how long, and then the last one I called was John Barnard (Benetton technical director.) And John said: “What are you doing in Heathrow, Roberto?”

“I’m looking for a job, John, my team is going to fold up most likely and I need a job.”

“Oh, Roberto, you know what, you’re here? Can you do me a favour? I’ve got the mock-up for next year’s car. Would you be so kind as to sit in it so I don’t have to call Nelson or Nannini from Europe? They’re getting ready to go to Japan.”

So I went to London to kill time and then 5 o’clock I was with Herbie at the old Brabham factory. He showed me around, we talked a little bit but it didn’t lead to anything really. He said, “Maybe we can talk later.” That way, he would go to Japan and Australia thinking about me, that was my intention. 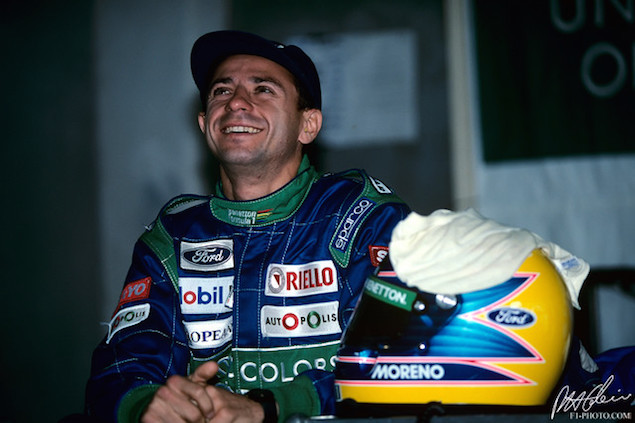 John Barnard’s secretary called Brabham to make sure I was going to go to Godalming after that. She called. I said: “Don’t worry, I’ll be there soon.”

So I drive to Godalming. John Barnard meets me at my car. His hair is up in the air. His ears are red, wine red. I said: “John, should I come tomorrow for that cup of tea? You don’t look too healthy at the moment.”

“No, no, I need you, come, come. I must talk to you.” Got me to the office. Phone’s ringing off the hook. So I’m sitting there just waiting. Bla bla bla Michael Andretti. Bla bla bla, Michael Andretti. He was talking to Mike Kranefuss in America,the head of Ford. Put the phone down. Andrea De Cesaris calls. Bla bla bla. And I’m just sitting there, listening to all this. I wasn’t sure what was happening. Anyway, he puts the phone down, unplugs it so he doesn’t get disturbed again and he turns to me and says, “Roberto, I’ve just got the news that Alessandro Nannini crashed a helicopter and lost his arm. As you can see, everybody’s calling because we have to run a two car team in Japan and Australia by contract. In a different circumstance, I wouldn’t run two cars but we must. Everybody’s calling for the seat. You’re the only guy who called before the accident and you came here to do me a favour. Would you like to drive?”

“OK, Roberto, I’ll give you one hour. I can hold Briatore for an hour. There’s all sorts of drivers he wants to put in the car and I want you in the car. I can get you in the car because you came here to do us a favour. Go to the mock-up. Have your cup of tea and come back with an answer.”

He turns the phone to me, “Call your team.” 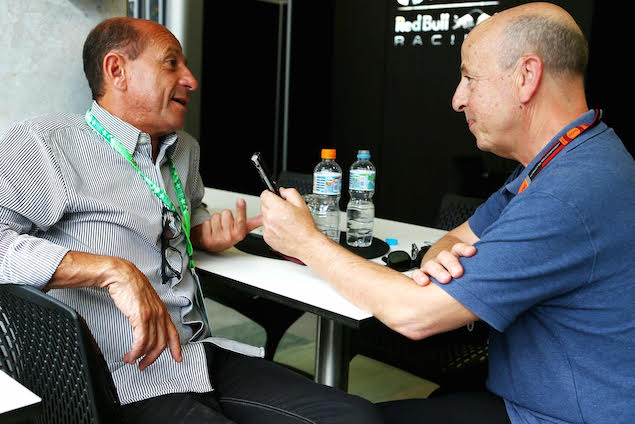 So I called Brun in Switzerland. His secretary picks up: “Oh, I’ve been trying to get hold of you in Monaco but you’re not at home,” she said.

“Oh, Roberto, we had a meeting here this afternoon.”

“A meeting without telling me?”

“Well, it was a bit of a difficult one. The one that we’ve decided to fold up and not go to Japan and Australia.”

“OK. Let’s get going then.” So he called Briatore, “I’ve got our driver. It’s all done.” He said: “Roberto, go tomorrow morning, Saturday, go and make a seat. Go to Monaco. Pack up. Go to Turin to the Sparco factory. They’re going to open up on Sunday to make you two suits. As soon as the suits are ready, fly to Japan. We’ll pay everything.”

So when I was talking to the secretary, I said, “Look, could you put that in a fax that we’re not racing and send it to me here at this number?”

So I got a fax, but it says “Please call me.” And it’s from George Ryton, EuroBrun’s English designer. He was coming back to England Saturday, at the same time I was going to be at the airport to fly to Monaco. So we decided to meet and he’d bring the release letter. I decided to pick him up at the airport, take him to his car, which wasn’t far away but we had to go to those two-way small roads behind the airport and he was talking, talking, talking. He would not talk about my letter so I turned around to him and said: “Where’s my letter?” 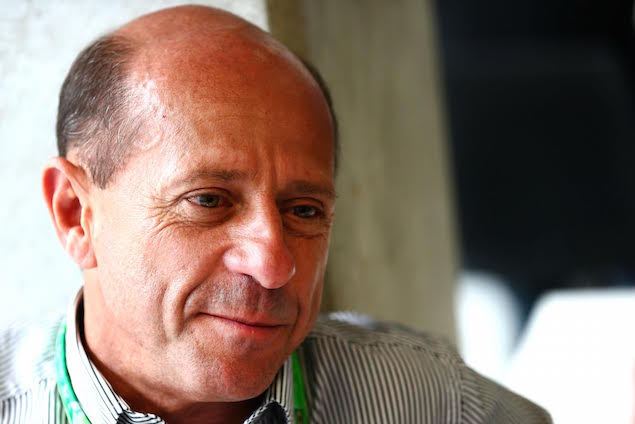 Immediately, I had a shot of adrenaline. I don’t know what happened with me but I wanted to kill him. I pulled the handbrake right in the middle of the road until the car stopped and touched the kerb.

By now, all the cars are behind me trying to get by so I remember he had his bag in the back so I went out of the car to the boot, got his bag, threw it on the side of the road. By the time he got out of the car to get his bag, I took off. So I got to the airport, called John.

“Oh, Roberto, we expected that but I think they’re just bluffing,” John said. “If we don’t give them the money, they’re not going to show up there. If we give them the money, they’re going to get two other drivers and go to Japan and Australia. We’re just not going to do that … Roberto, go to Japan but just in case, I’m going to call Martin Brundle to go there as well to stand in for you.”

I couldn’t sleep after that. I don’t know if he ever called him but that’s what he said he’d do. I called the guy at EuroBrun. He told me if the cars were going to be sent to Japan, they would have to be sent by Thursday and he gave me the time and I called him one hour after that and the cars were not sent. Just then, I knew I was going to drive for Benetton.