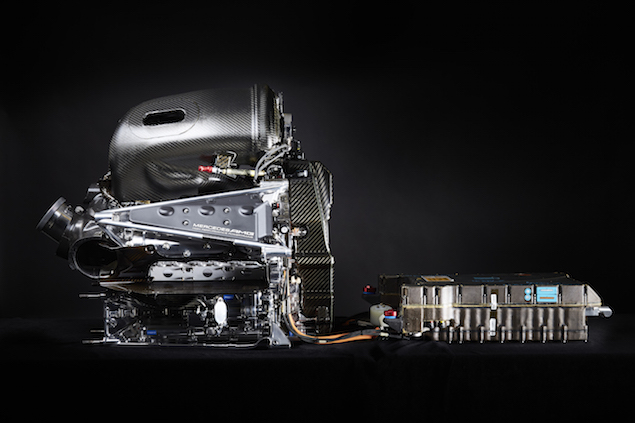 You tend to find a number of split opinions in Formula 1. Who is the best driver? Which is the best circuit? Normally arguments which centre on a few select options, but never bring a definitive answer on which everyone can agree.

There is one statement, however, which nobody can disagree with: Mercedes has built the best power unit so far under the V6 turbo regulations, and by some distance.

Formula 1 as a sport is often guilty of failing to promote itself properly, especially when it comes to the current era of engines. It’s a criticism which could not be levelled at Mercedes AMG High Performance Powertrains [HPP] managing director Andy Cowell on Friday, as he explained to members of the media how Mercedes has gone about its work over the past years and, just as importantly, why.

Nobody has said that we’ve reached the limit here

“2015, the most powerful Formula One engine in Mercedes history,” Cowell said at Mercedes HPP’s Brixworth factory. “Big power above where we were [with the V10 engine] in 2005 … so the most powerful Formula One engine, over 900hp, pretty good going from this little nimble 1.6L engine. But that power is created because efficiency is chased because road car technologies are in there and new, emerging technologies are in there with regards to the MGU-H.

“So thermal efficiency is going up from where we were in 2014. A good step up for 2015, and perhaps it’s going to go up in 2016 and it’s definitely going to go up in the future as well because nobody has said that we’ve reached the limit here. When I walk around the factory I never hear anybody say: ‘That’s the best we can do. That’s optimum.’”

Thermal efficiency is a key term Cowell uses as it is this which engine manufacturers measure as a percentage of the power unit’s potential maximum output from the fuel available. From the 100kg of fuel available, if there was zero energy wasted from the internal combustion engine and supporting electrical turbo compound loop - the turbo, the MGU-H, the MGU-K and the ERS - the whole package could deliver 1240kilowatts of power to the crankshaft.

Where is Mercedes at now? When operating the waste energy in the battery, 50%. Or in its own words: “Halfway to impossible”.

That might not seem such an impressive percentage in isolation, but allow me to put it into context: The first internal combustion engine to kick-start the car industry in 1876 was estimated to have 17% thermal efficiency. At the end of the V8 era in 2013 that figure stood at 29%. The “impossible” target Mercedes set itself for 2014 was 40%. 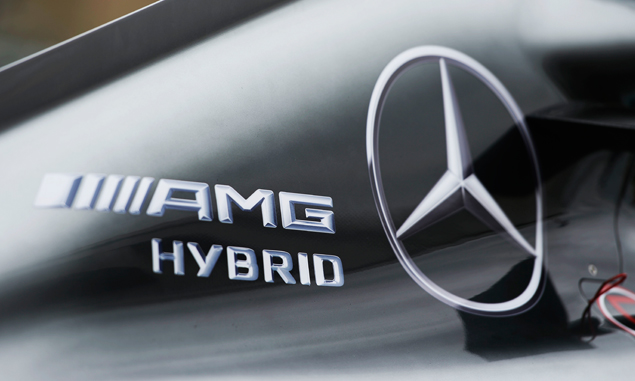 As Cowell puts it, development of F1 power units has seen thermal efficiency move forward “a huge step in that short period of time”. The caveat is an F1 power unit has a very different drive cycle compared to the average person driving around on public roads, but the progress has still been massive.

Naturally, one would expect the early Mercedes dominance of this era to fade as the other teams have more room for improvement. While the latter part of that is true, the reality is the current power units are an area of development which is only just reaching its halfway stage. That means there is plenty more to come for every manufacturer, especially with no section of the power unit blocked off as the regulations had previously planned.

Worryingly for the opposition, one of Cowell’s graphs suggests Mercedes has made as big a step forward in terms of thermal efficiency from 2015 to 2016 as it had the year before. There is still plenty of development to be done to benefit both the team’s performance and eventually vehicles on the road. 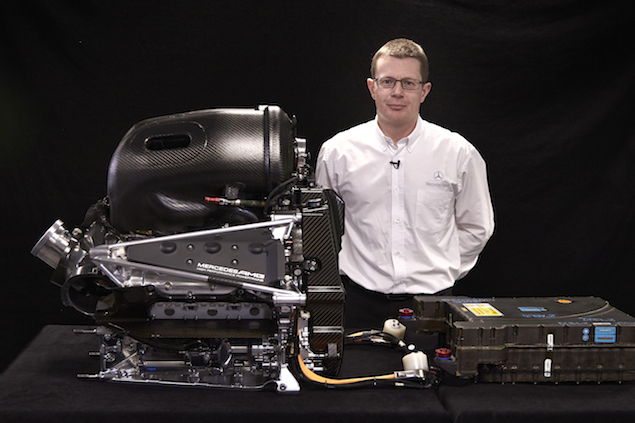 “It will continue to go up,” Cowell confidently states. “Does it get harder to find big gains? Yes it does, but there are lots of areas where small gains will happen. And as every it’s a bit like gold mining; you work bloody hard and you get lots of dust and now and then you get a nice big nugget that makes you smile. We still find those nuggets.

“What’s the future view? Why have we got this technology centre here? It’s not to do quirky, Formula 1-specific technology, it’s here to develop technology that is road relevant, that can transfer across. We’ve made some huge gains in the last years as we've done the development, we’ve made good gains over the last two years of racing, I don’t see that stopping.

“I don’t think anybody here sees that we’ve reached the limit. Where we’re at today with our thermal efficiency is mind-blowing when you step back and look at it and if we can apply that in to the road car world without losing that high efficiency then it will be tremendous for the road car world.”

Who are the new Renault F1 juniors?