In a sport bursting with iconic figures such as Prost, Senna, Mansell and Hill, Sir Frank Williams was one of very few team managers to achieve virtually equal public standing and admiration, alongside the likes of Colin Chapman and Enzo Ferrari. 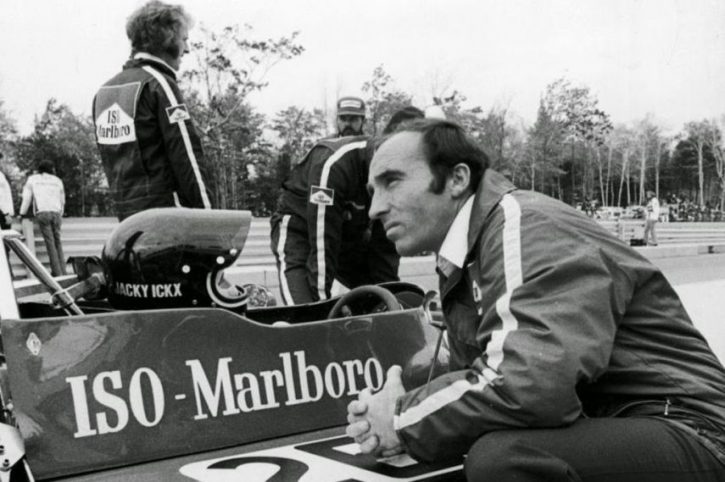 For many fans of the sport growing up in the 1980s, Sir Frank and his eponymous team were very much the beating heart of Formula 1 and an undoubted inspiration to millions.

Francis Owen Garbett Williams was born on April 16, 1942 in South Shields in the north east of England, the son of an RAF officer and a school teacher. His parents' marriage ended soon after and he was raised by his aunt and uncle before going to boarding school in Scotland.

In his teens he fell in love with fast cars, and after a brief career as a driver and mechanic he founded Frank Williams Racing Cars in 1966, the year before he met wife-to-be Virginia Berry.

Financing his passion by working as a travelling grocery salesman, Williams fielded cars in Formula 2 and Formula 3 before purchasing a Formula 1 chassis from Brabham to compete in the 1969 world championship with friend and racing driver Piers Courage at the wheel.

Remarkably there were two second places in that first season of competition, but sadly Courage was killed at the Dutch Grand Prix in 1970 - the first of many touches of tragedy to hit Sir Frank's time in motorsport. 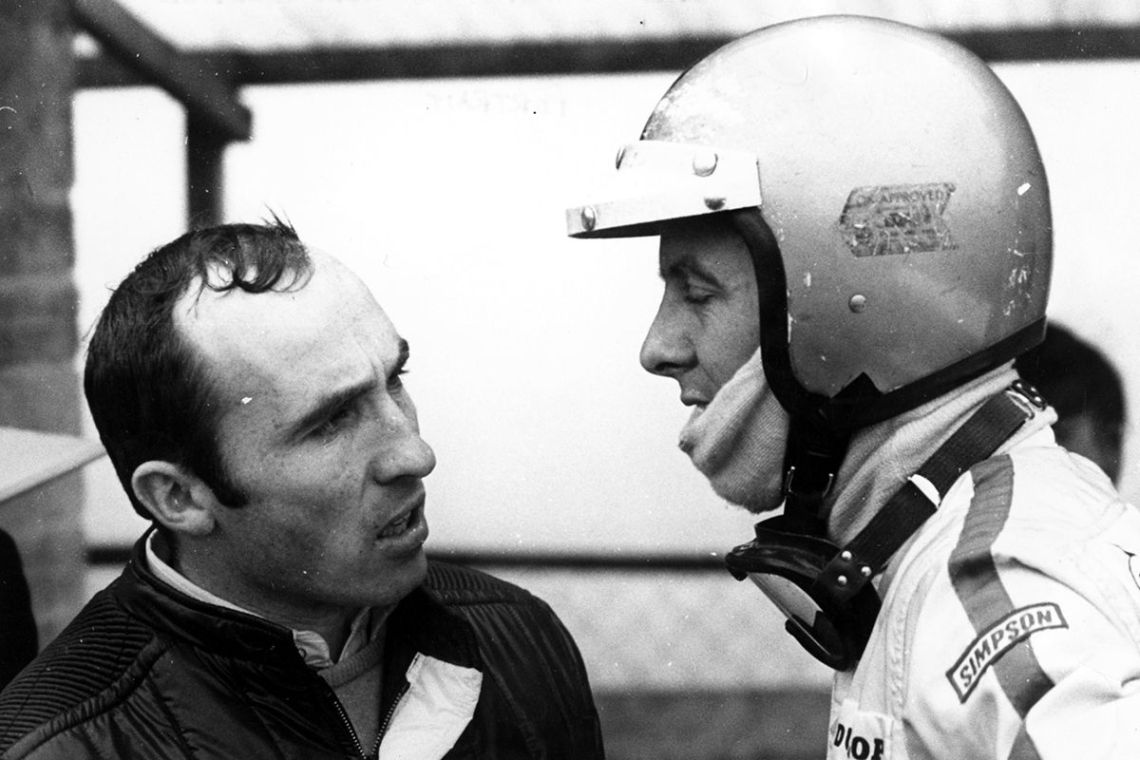 Williams' first custom built F1 car debuted in 1972, the Politoys FX3 designed by Len Bailey, but it was an inauspicious debut with French driver Henri Pescarolo wrecking the first time out.

Eventually the need for more cash forced Williams into a partnership with Canadian oil magnate Walter Wolf, but it proved short-lived. Sir Frank left in 1977 to set up Williams Grand Prix Engineering in an empty carpet warehouse in Didcot, Oxfordshire in partnership with engineer Patrick Head who had been one of his employees.

It would become one of the longest running and most successful partnerships in motorsport.

The introduction of the ground-effect FW07 that took its lead from Chapman's revolutionary Lotus 79 transformed the team's prospects and their first win came at the 1979 British Grand Prix with Clay Regazzoni.

After that, the following decade virtually belonged to Sir Frank and his team. They clinched their first Constructors' championship in 1980 with Alan Jones taking the drivers title, and Williams Racing would go on to win nine team titles in total while Keke Rosberg, Nelson Piquet, Nigel Mansell, Alain Prost, Damon Hill and Jacques Villeneuve adding to the team's tally in the drivers' championship. 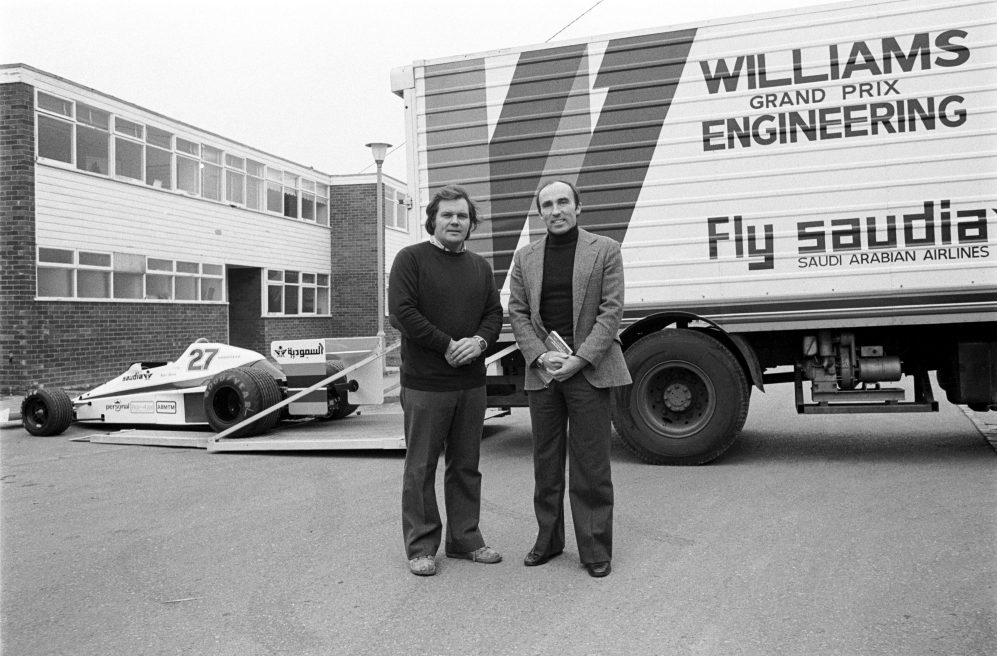 But amidst such highs came some terrible lows. In March of 1986, Williams suffered a spinal fracture between the fourth and fifth vertebra when he lost control of a rental car and crashed while returning from a test of the FW11 at the Circuit Paul Ricard.

"Frank was clinically dead almost three times," Patrick Head said later. His passenger (F1 journalist Peter Windsor) sustained only minor injuries, but Sir Frank himself was left wheelchair-bound for the rest of his life and is understood to be the longest surviving tetraplegic in medical history, a testament to his character and sheer force of will.

In 1991, his wife Virginia wrote a book entitled 'A Different Kind of Life' about the accident and Sir Frank's early career in F1.

The death of Ayton Senna at the 1994 San Marino Grand Prix in the FW16 also dealt Williams a massive blow, with the human ordeal followed by a manslaughter charge levied upon Williams by Italian authorities: it took until 2005 for the case to finally be dismissed and Sir Frank acquitted.

"Ever since the accident, every Williams chassis has carried a small Senna logo on its body work in remembrance. 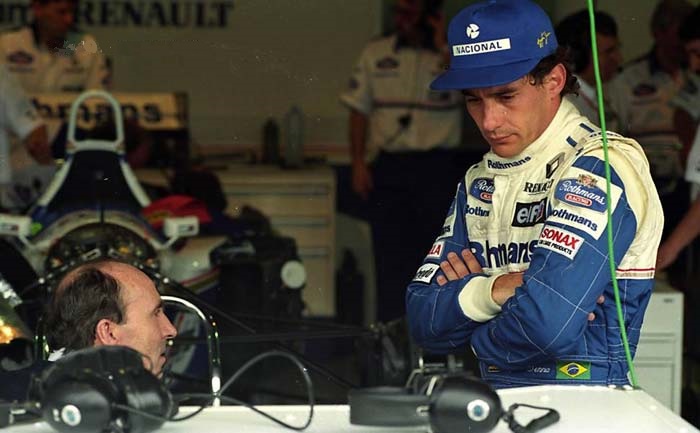 Having already received a CBE in 1986, he was knighted by Queen Elizabeth II in 1999, Sir Frank was also made a Knight of the Legion of Honour by France.

He received a special BBC Sports Personality of the Year award in 2010 for outstanding achievement in the face of adversity. He continued at the helm of his Grand Prix race team until 2012, a year in which Williams conquered its most recent Grand Prix win, courtesy of Pastor Maldonado taking pole and victory at the Spanish Grand Prix.

Later that season, Sir Frank announced that he was stepping down from his active role in team management, with his daughter Claire taking over as deputy team principal.

In 2016 a bout of pneumonia put a halt to his attendance at races around the world, although he continued to come to Silverstone every year. 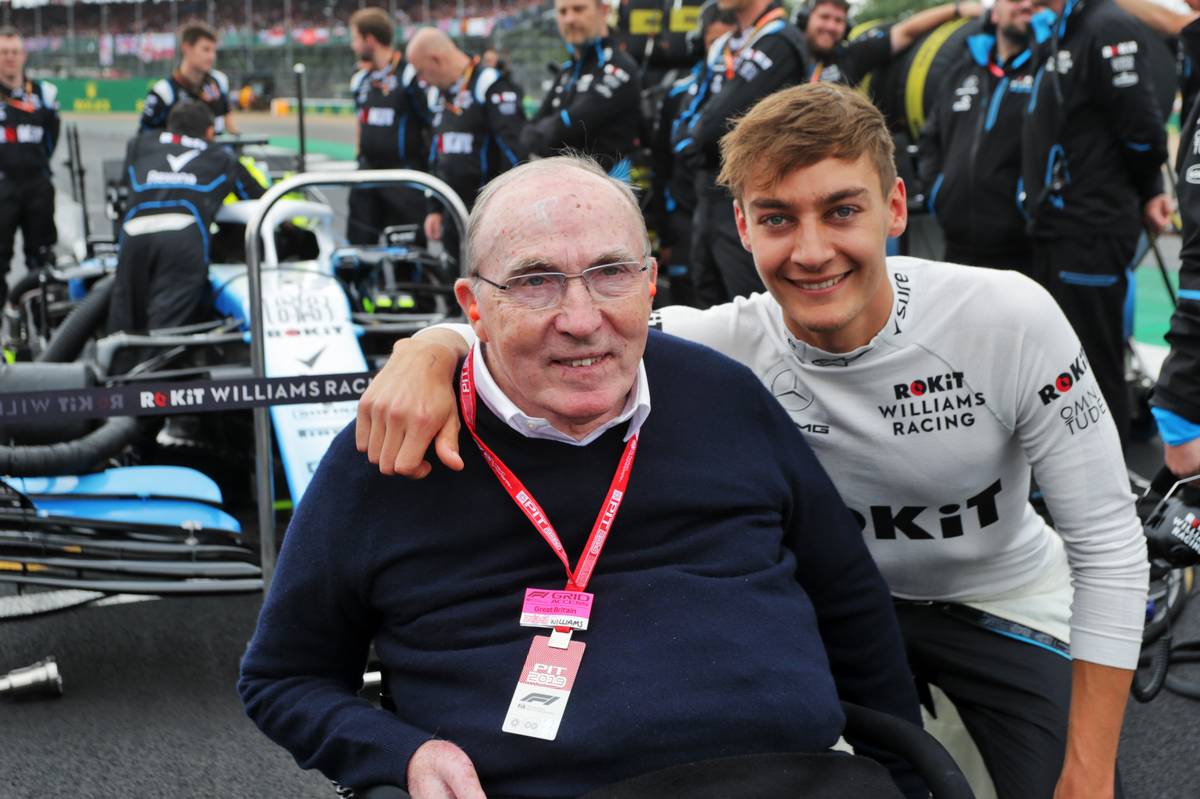 By 2020 the financial demands of modern F1 were simply too great for a family-owned independent constructor like Williams and in September last year the family announced it was selling the team to US investment firm Dorilton Capital, bringing an end to more than 50 years of involvement in F1 for Sir Frank and the Williams family.

News of his death at the age of 79 sadly brings down the final curtain on a story of a most remarkable life both in and beyond F1.

Sir Frank is survived by his daughter Claire and by his two sons Jonathan and Jaime. His wife Virginia died in 2013 aged 66 after a battle with cancer.

"Truthfully, I have always considered it a privilege to work inside F1," he once said. "Being around racing cars, around racing drivers…

"It's just a marveloous place to be."