Alfa Romeo's Antonio Giovinazzi says personal messages of support from Lewis Hamilton and Max Verstappen after the news of his exit from F1 went a long towards comforting him.

Giovinazzi will depart the Swiss outfit at the end of the season, with Chinese hopeful Guanyu Zhou filling the Italian's seat in 2022 alongside Alfa's new number one driver Valtteri Bottas.

Alfa Romeo's decision was a hard pill to swallow for the 27-year-old who vented his frustration on social media at the time. But in the wake of his team's announcement, he took solace from the support expressed by several of his colleagues.

"Both Hamilton and Verstappen have written me a nice message and they are things you appreciate because it means they follow you," Giovinazzi told Italy's Rai Radio 2.

"I raced with Max in 2015 in Formula 3 and so I already knew him very well, and so they are gestures you appreciate very much.

"But not only from them, also Gasly, Ocon and Perez." 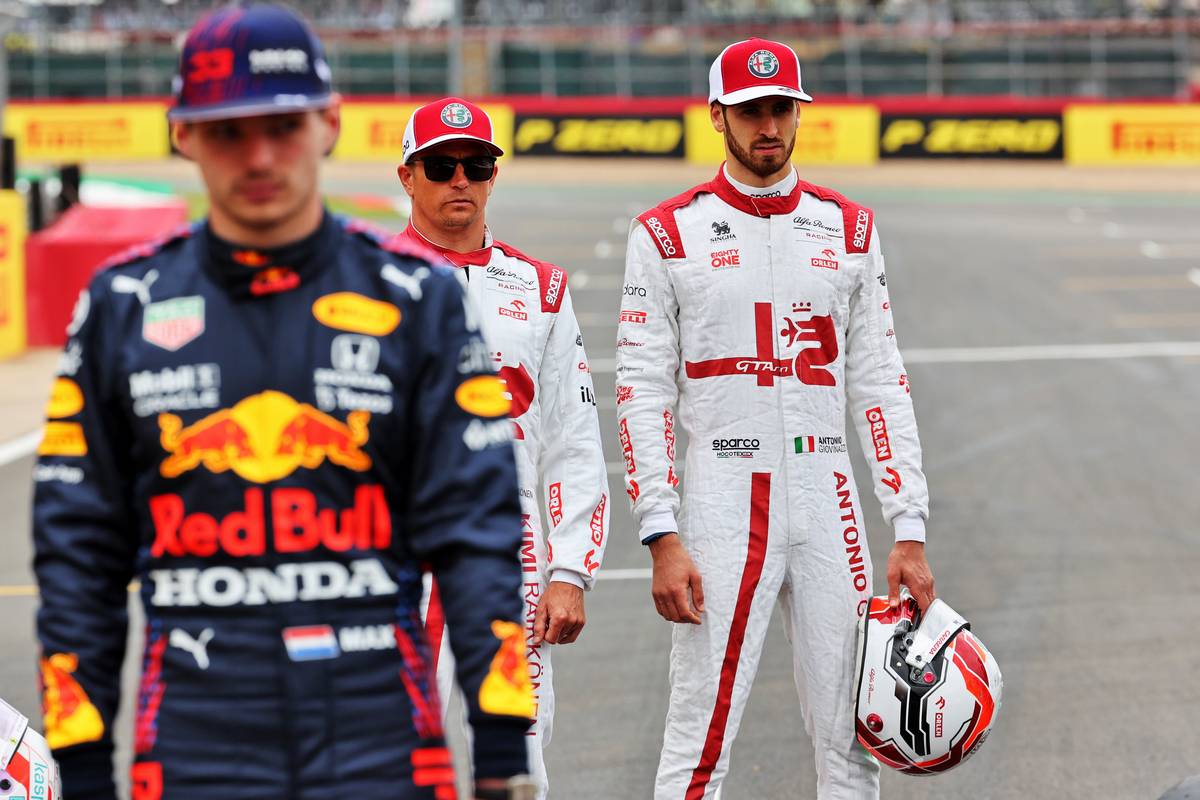 Giovinazzi, who will move on to Formula E next season, also got a big pat on the back from his current Alfa teammate and future F1 retiree Kimi Raikkonen

"Obviously it’s a shame for him," said the Iceman. "He’s a very nice guy, we’ve known each other for quite a while, since the Ferrari days already.

"Hopefully he found something good to do and hopefully one day he has another chance in Formula 1."

Second chances don't come easy in F1, but if Giovinazzi can't make it back to the grid in the future, he won't hold it against the sport.

"Bad luck is unfortunately part of the sport and I hoped sooner or later everything would have turned out in my favour, but until now we have not had good luck on our side," he said.

"This season we could have achieved much more than we have and that’s a shame, because it’s a World Championship in which we all work hard. We all put in a lot of effort and it’s a shame we didn’t achieve what we expected.

"But it’s part of sport and life – we mustn’t get angry about the past but look forward to the future."