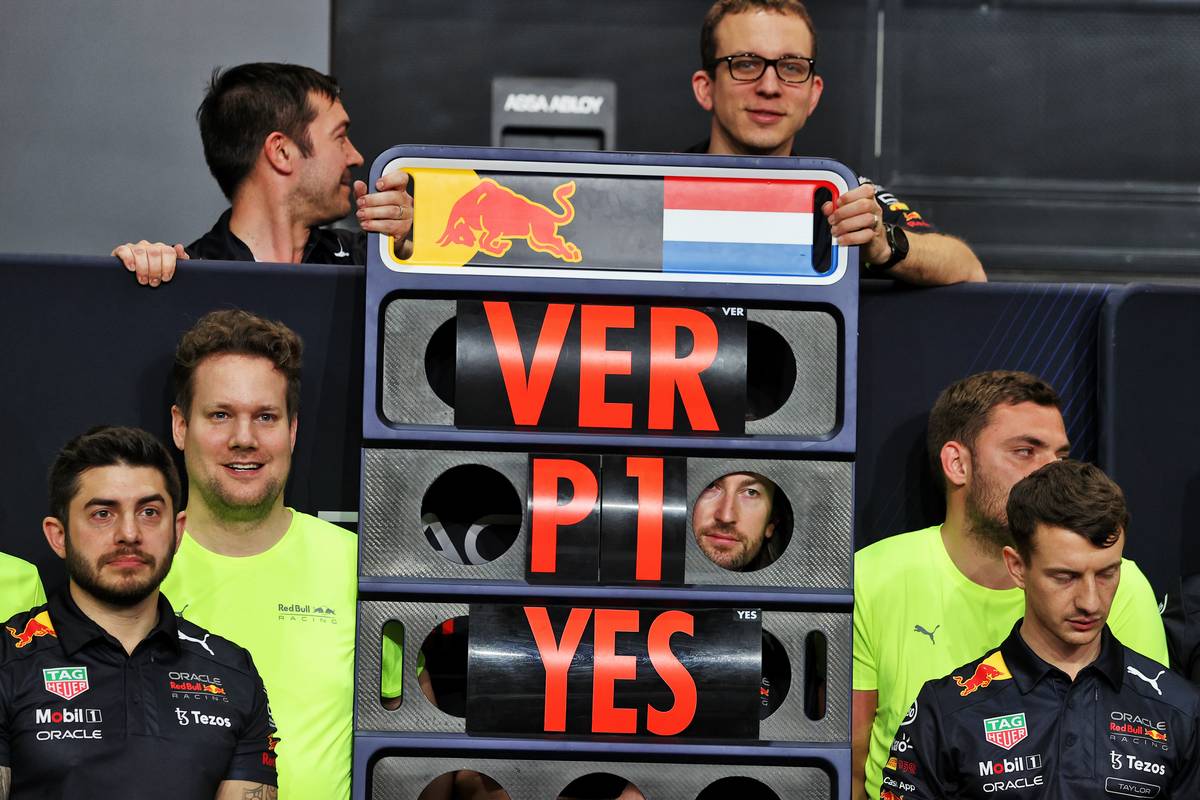 Sergio Perez
"I think sometimes when you don't have the right luck you cannot win the race, especially on crazy tracks like this, it knocks you down. I think I dominated the first stint and I was comfortably in the lead and had the race under control but unfortunately that wasn't enough. At first, it was a virtual safety car so I was going to lose a position and then under the safety car I lost out to Carlos too. It was the worst timing straight after my pit stop and made regaining P1 impossible after that. It was a bit of a shame I couldn't get Carlos at the end to be on the podium but I didn't get the chance. There are definitely a lot of positives to take from this weekend, yesterday putting it on pole and today having the race pace. So, we will keep pushing and working hard because today I really deserved the win but bad timing stopped that. I am really pleased for Max and the Team that we got a good result today, it could have been a one, two but unfortunately, we didn't get it."

Max Verstappen
"It was a tough and crazy race today. I had a lot of fun battling with Charles again, I really enjoyed it and it's not easy to get past him, patience is always key, especially if you want to fight for the Championship. In the beginning it was pretty difficult to follow but I think once we swapped to the hard tyre we were able to push more and the pace was better. We played the long game on the tyres which seemed to pay off. Towards the end of the race it felt like we were doing lots of quali laps, which was intense but really cool. Ultimately, we were able to win and we can be very proud of that as a Team. It wasn't easy out there, but I think we maximised all that we could today. It was really unlucky for Checo with the timing of the safety car but we have plenty of races ahead of us where we can make up for it."

Christian Horner, team principal
"What a great race, it was a very strategic race from Max, not taking too much out of the tyres and making sure he had enough left to attack at the end of the Grand Prix. There was some great racing between him and Charles, it was fantastic to watch, thankfully he had enough to hang on right at the end there. It is desperately disappointing for Checo because he drove an incredible lap yesterday to get his maiden pole, he then converted that from the start to keep the lead and was controlling the race beautifully. He pitted on the lap we discussed before the race and then bang a safety car, and he was very unlucky today. It was great for the Team to rebound after the disappointment of Bahrain, everyone has worked very hard over the past week to understand and address the issues that we had. The first two races have delivered great racing between the two teams, Ferrari are very quick and we are expecting the competition to continue over the next few races."