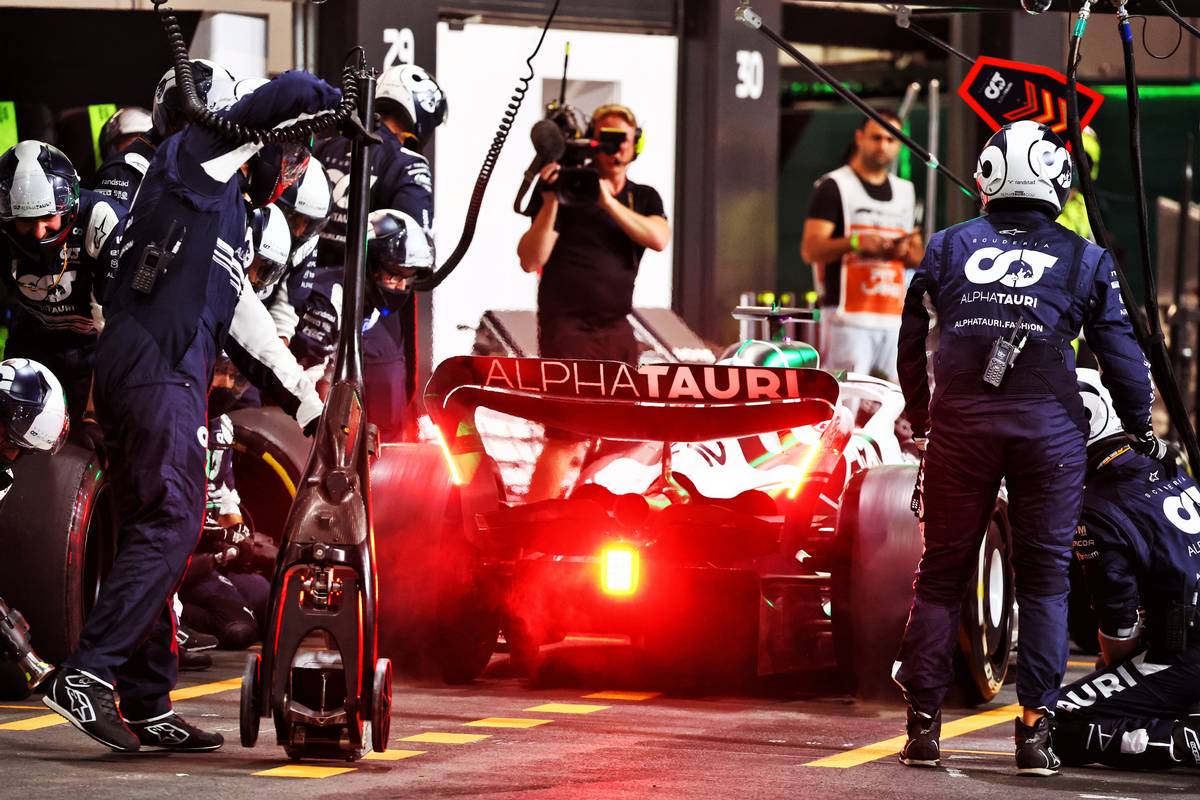 Pierre Gasly
"I'm really happy with how today went and glad I'm coming away with points. We got really unlucky with the safety car, as we boxed around 30 seconds before it came out and so dropped down the field, which wasn't ideal. We managed to make our way back up though to P8, so really pleased with that. From my side the last 15 laps were really difficult, I had some pain in my intestine and it was really difficult to race. I'm feeling good in the car though, I'm able to push the way I want to, but I think we need to just find some more downforce. We know the areas we need to improve so we just need to go away and find the solutions now."

Yuki Tsunoda
"It's been a really frustrating weekend for me with reliability issues. Firstly, we missed Qualifying and then today I believe we had a driveline issue on the way to the grid. I think the track was suiting our car quite well, compared to Bahrain, so I think the pace today could've been quite good for us, especially if you see how Pierre has performed, getting through to Q3 and then his performance in the race. It's such a shame, I think it's going to be very tight in the midfield battle, so getting points at every round counts and we've missed out today. These things happen though and hopefully we'll come back strong in Australia."

Jody Egginton, technical director
"There is not much to say about Yuki's race as it never got started due to a driveline issue, so in this respect, beyond the frustration we all feel right now, we have a lot of analysis to conduct to ensure that this issue is understood and addressed for the next race. Pierre's race was also not straight forward, with the timing of the safety car costing us track position, but fortunately a subsequent VSC provided an opportunity to get back on terms, allowing us to finish in eight place. In addition to these challenges, Pierre has also reported not feeling well in the last laps of the race, which has impacted his performance, but he dug deep and kept the Haas behind in difficult circumstances, so we are thankful for that. We leave here with mixed emotions; on the one hand we have scored points, but on the other hand there is for sure more to extract from the package. If we can execute a clean weekend, especially with Yuki, there are more points to be scored per race, therefore we will be working hard to deliver a better team performance in Australia."

Franz Tost, team principal
"Congratulations to Oracle Red Bull Racing and Max Verstappen for this fantastic victory today, it was a great battle between Max and Charles and a really enjoyable race to watch. I also would like to congratulate the organisers of this Grand Prix, there was a good atmosphere, I think the fans enjoyed the race and I'm very much looking forward to coming back here.

"It was a difficult race for us, it's always disappointing when a car isn't able to make it to the starting grid. We had a problem on Yuki's car with the oil pressure, therefore we had to stop. We now have to go away and investigate what the reason for this was. As for Pierre, we started from ninth position, we struggled in the first stint and couldn't quite get up to pace, so the Mclarens were able to overtake us. We were also a bit unlucky because we pitted him for the Hards just as Latifi crashed and the yellow flag came out, so we lost some positions, but then Pierre recovered very well, he could fight back and, in the end, finished in P8. This is the maximum we could achieve today. From a pace side we need to catch up, as currently we are not on the level that we expected to be at. We are now looking forward to going back to Australia, after two years of no race there."