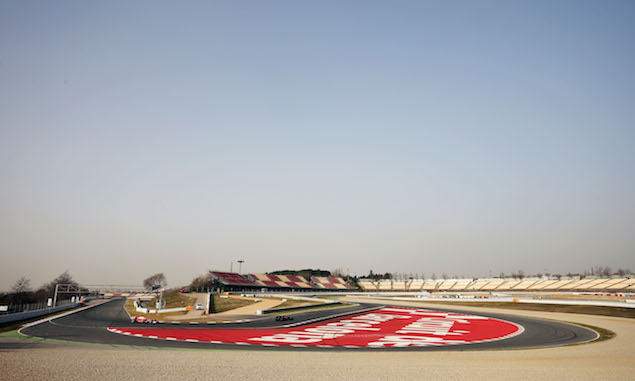 The 2016 F1 season fired up in the familiar surroundings of the Circuit de Barcelona-Catalunya, and gave us the first signs of this year's pecking order.

Ahead of an unprecedented 21-race season, the teams have only two tests in which to prepare their new cars ahead of the opening race in Australia on March 20. The initial efforts this week were a far cry from the first test of the last two years, with all 11 teams on track and getting in some significant running.

While lap times always come with the caveat of not providing the full picture when it comes to testing, there were some standout statistics from drivers and teams during the first test. Ferrari set the pace on three of the four days but was one of only two teams to run the new ultrasoft tyre in order to do so.

To that end, Nico Hulkenberg's time - the second quickest of the week, set on the supersoft tyre - was a strong indicator of further progress for Force India after its impressive end to 2015.

Mercedes only ran the medium compound tyre during the first test and so does not feature at the top of the times, but the team's incredible reliability even forced it to split driving duties between Lewis Hamilton and Nico Rosberg over the final two days.

Below are the combined fastest times from all four days of the test for each driver, including the tyres they posted their lap on. Only Jolyon Palmer and the aforementioned Hulkenberg - who had just one day in the VJM09 - failed to complete 100 laps during the week.

The team totals provide a more eye-catching statistic, with Mercedes clearly ahead of its rivals in terms of reliability and being able to focus on evaluating upgrades.

McLaren featured much higher in the standings after two days of running but a hydraulic leak on Wednesday was followed by a coolant leak on the final day which saw it miss out on significant running. Such problems for a big team highlights what an impressive job Haas did in its first test, with the new outfit completing more mileage than McLaren.

Below are the team totals, with teams ranked in terms of laps completed.