Catch up with what the teams had to say following round 14 of the 2022 season, the Belgian Grand Prix at Spa-Francorchamps. 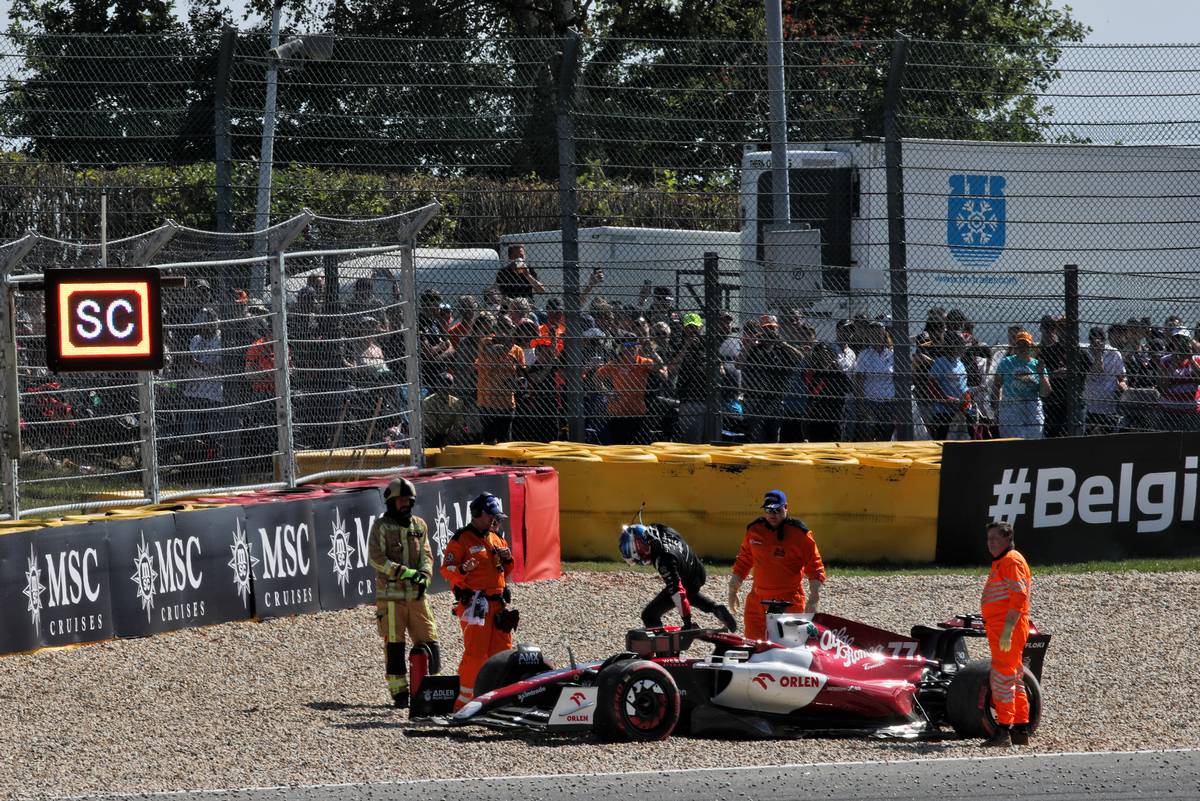 Valtteri Bottas
"We had pace today and, with such a mixed-up grid, there could have been opportunities to get a good result, so it's disappointing to finish my race so early. It was a case of being in the wrong place at the wrong time: I saw Latifi spin towards the left, and all I could do was take evasive action to avoid a collision. Unfortunately, I spun on the grass and ended up stuck in the gravel: I tried to go forward and back, but couldn't move. It's not the birthday present I wanted, but hopefully I can still have some fun tonight, before we turn our focus on next week."

Zhou Guanyu
"Our pace was quite alright today, and despite starting from the back due to the penalty, the race has even been quite exciting, with lots of action going on. Unfortunately, I got stuck behind a Williams train towards the end of the race: they were way fast in sector one, making them hard to pass, and eventually, in the last four or five laps, I had no tyres left, so it was a bit difficult to keep up. In terms of results, we obviously wanted more from today, but we sacrificed this weekend for the engine change; hopefully in the upcoming ones we can start further up on the grid and score some good results."

Frédéric Vasseur, team principal
"The team did a good job, given the circumstances: unfortunately, that was not enough for a point today. We knew that, taking power unit and gearbox penalties with both cars, we'd have a complicated weekend, but we can take heart from the pace we showed. Both drivers had a good shot at the points: unfortunately, Valtteri's race was over immediately, and Zhou got stuck in Albon's DRS train when in sight of the points. These things happen, we'll build on the pace and work hard to make sure we can maximise our results already in Zandvoort."

Horner mocks Wolff: 'I probably have to thank Toto for the TD!'