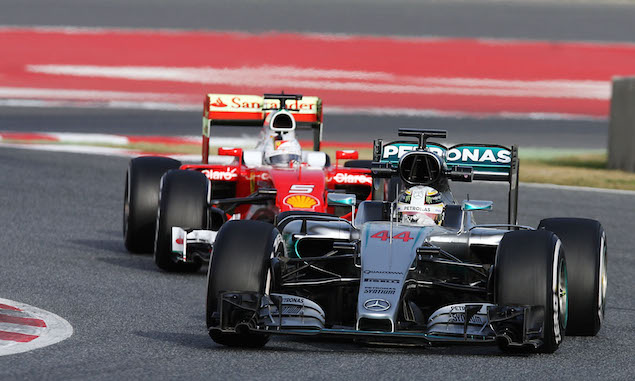 The biggest challenge for Mercedes this year could well be finding a way of improving on its recent past. 32 wins from the last 38 races adds up to two dominant seasons which have resulted in back-to-back championship doubles. 2016 is likely to be its toughest year yet on two fronts, with Ferrari looking a threat externally and Lewis Hamilton and Nico Rosberg set to fight it out internally.

Toto Wolff says the rules between the two drivers have been reduced, and you have to give Mercedes credit as one of the reasons it has done so is because it says it owes it to F1 to allow a proper rivalry between its drivers. Having proven itself over the last two years with the results, Mercedes is dropping its guard slightly in search of further success in a more exciting style.

The new car’s incredible reliability, allied to innovative aerodynamic solutions, suggest Mercedes is still the team to beat, but it also shows just how seriously it is taking the threat from outside.

It looks like being a very close fight in the Anglo-German squad, but who will come out on top; the curmudgeons who think it’s awful that an F1 champion goes to fashion shows and dresses like a burlesque drag queen, or those who feel that Lewis Hamilton’s lifestyle is just the tonic F1 needs? As for Nico Rosberg, he has two main concerns going into the first race: will he be able to maintain his end of 2015 dominance over his team-mate and will his new haircut be enough to stop Mark Webber - now part of the Channel 4 F1 commentary team - resurrecting his original F1 nickname of “Britney.”