Mark Webber's very first Formula 1 race was at home, in Melbourne. And it was a dream-come-true debut. F1i Classic travels back to the 2002 Australian Grand Prix and to the memorable milestone the event became in the Aussie's career. 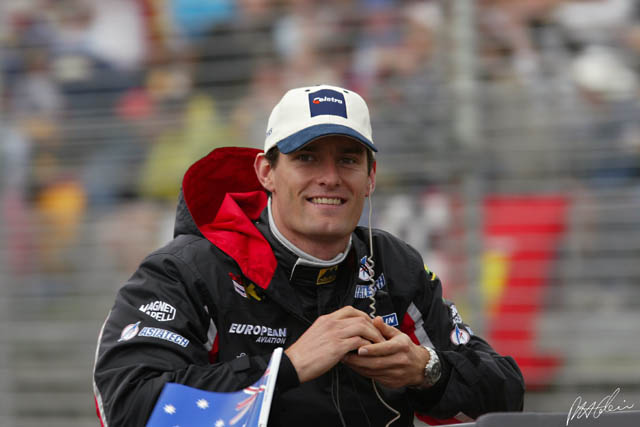 Mark Webber has always been a 'racer'. Not a strategist, not a self-serving opportunistic or political driver, just an outright unconditional racer. Okay, he never won the World Championship, and he maybe lacked the little gem of talent that separates the great from the truly great, but when it came to resolution, persistence and spirit, Aussie Grit delivered the goods, always.

As he moved up motorsport's ladder in the junior formulae, Mark took on Flavio Briatore as his manager, the flamboyant Italian eventually convincing team owner and Australian aviation businessman Paul Stoddart to give Webber his Formula 1 break with his Minardi outfit. But with no financing in place, it would be a simple three-race deal for starters, with no guarantees of staying on thereafter.

Webber's rookie presence on the grid in Melbourne, in a car owned by a fellow Aussie, produced all the hype and local media intensity he could handle. He ended qualifying 18th, edging out team mate Alex Yoong by a country mile. 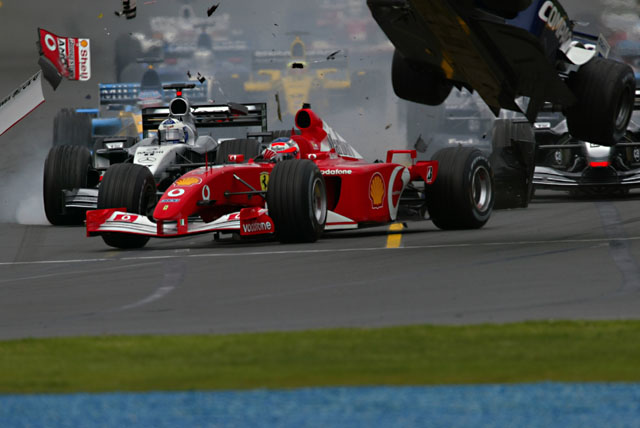 To say the 2002 Australian Grand Prix was a race of attrition is an understatement. Only eight cars saw the checkered flag that day but in reality the bulk of the retirements came at the first corner! Ferrari locked out the front row, but uncharacteristically, Rubens Barichello was on pole in front of Michael Schumacher. Unfortunately, the Brazilian's lead only lasted for a few hundred yards.

When the lights went green, he stormed perfectly off the grid but as the pack barreled down to the first corner, the Ferrari was hit up the back by the Williams of Ralf Schumacher, which in turn triggered a massive pile-up which left eight cars permanently damaged and out of the race.

The fact that Michael Schumacher won the race was nothing to write home about. The Albert Park crowd was appreciative of the German driver's efforts, but it mainly had its sights and fervor clearly fixed on what was happening way behind, as their local hero battled unexpectedly for points, and for glory. 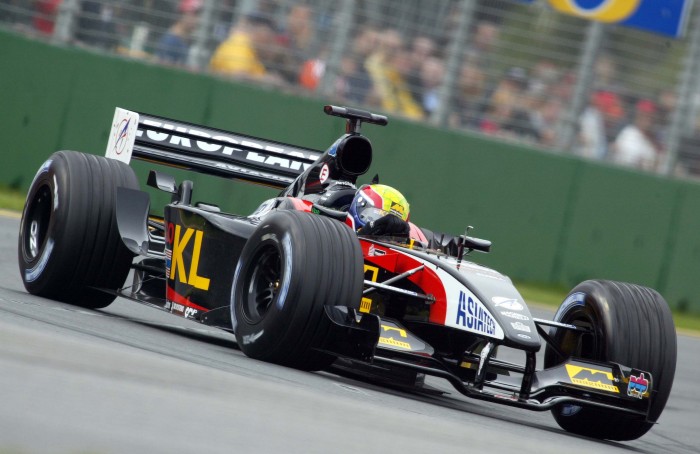 Webber was far back enough to avoid the first lap chaos and as a survivor, simply proceeded to put his head down and lap as consistently as possible, without doing anything foolish or outlandish on his Grand Prix debut.

On lap 18 he was in the top six. On lap 25 he overtook Coulthard to take fifth. It was all looking great until his pit stop when there was a problem with the refueling flap refusing to open. It was an agonizingly long stop which cost the Minardi a massive 25 seconds , but there was so little opposition left that he did not even lose his position.

He did however come under attack from Mika Salo's Toyota in the closing laps. The pair battled it out, with Webber - whose car was missing top gear - pulling out all the stops to remain in front. Salo did the same but overcooked it while trying to pass the Minardi under braking two laps from the end, spinning away his hopes. 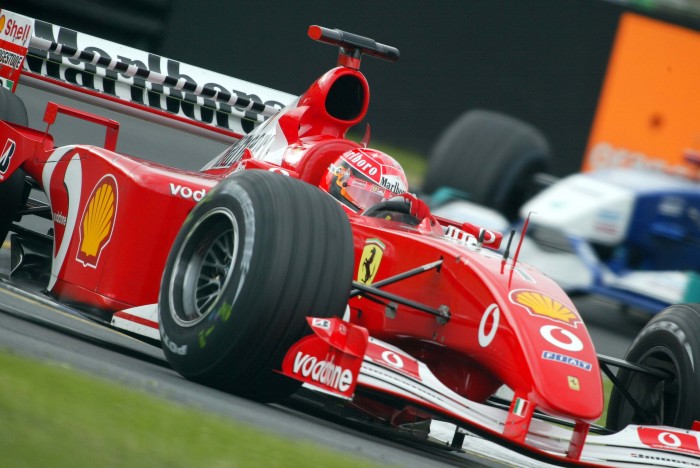 The crowds in the grandstands went mental as their boy coasted to fifth place, scoring two championship points on his debut, and securing the day's enviable role as underdog hero. Such was the team's and Webber's accomplishment that Australian Grand Prix chairman Ron Walker dragged Webber and Stoddart to the podium where celebrations worthy of a race winner ensued.

"How we got the result we did was nothing short of a miracle," Webber remembers. "It was a race of attrition and we managed to hang on in there and grabbed fifth place at the flag.

"Afterwards, Michael Schumacher’s press officer came down to the Minardi garage to say that Michael would like to shake my hand and so I went up to the Ferrari garage.

"Of course the photographers were all there waiting to capture the moment and it was one of the shots that made the next day’s headlines! It was a cute bit of PR and gave me an instant snapshot of how F1 works."

Webbers' achievement more than delighted Paul Stoddart who there and then signed him for the rest of the season. A move which Aussie Grit would absolutely capitalize on, insuring his long and prosperous future in Formula 1. 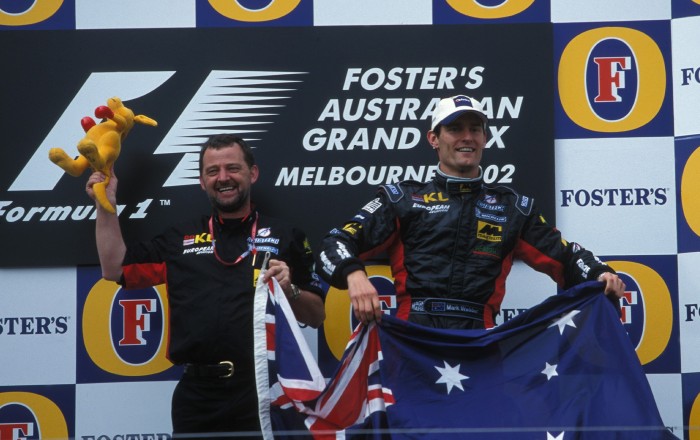 A closer look at the Manor MRT05