Ayrton Senna died on this very day 22 years ago. 33 years ago, the Brazilian spent every race weekend going head to head with Martin Brundle in the 33rd year of the British Formula 3 Championship and that epic battle, which Senna eventually won is now the subject of a lovely little documentary film that’s just been put together. What better excuse to sit down and chew the fat with Martin. 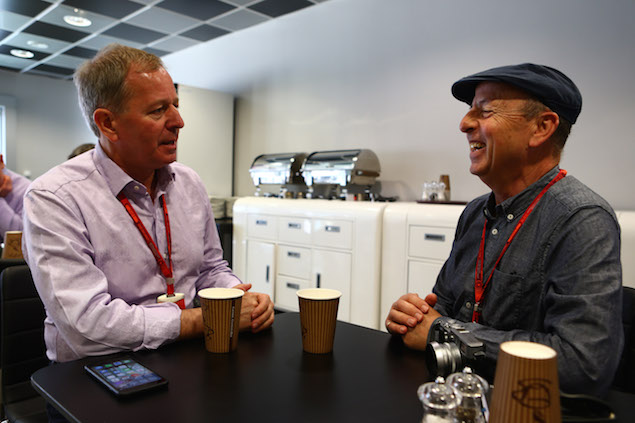 I guess there are plenty of people who watch you presenting F1 on TV and have no recollection of Martin Brundle the racing driver. Are you still a racing driver?

Yes, I am because next week, I’m driving a Ferrari F1 car around Fiorano and I’ll also be driving the Brawn at Goodwood and that will be the 43rd Formula 1 car I will have driven.

So you have to keep in shape still, which isn’t easy.

I try my best; I’m 56 going on 57 and it doesn’t get any easier with all the travelling we do. It’s interesting what you say, because I always say half the audience don’t know I used to drive and the other half don’t care. Because it’s not about you when you are on telly, it’s about telling a story. They’re tuning in to hear about today’s heroes and today’s racing cars, so in a way I always think of my racing career as a fact-finding mission for my television career, because that’s now gone on longer than my time in F1 and I had a pretty long F1 career compared to many.

There’s a guy works for us (Sky Sports) Mark Priestley and he’s seen this film and really loves it and he said to me, “I had no idea that was such an epic season in F3.” I thought, why should he, he’s a young guy. In some respects the ’83 F3 season is still talked about down the pub or in the paddock, because it was a bit of an epic year for various reasons, but probably only to an ageing group of people. Let’s be honest, Ayrton turned into such a global icon: I remember sitting chatting to him in the paddock at Cadwell Park and places like that and who would have guessed the story that unfolded after that. The film has been very well made by Mario Muth. He filmed various people over 18 months and put it together doing a great job. I even learned things about that season that I didn’t know and I was there! It’s 22 years since Ayrton died and 33 years since that F3 season and it’s a scary reminder to us all that we’re not here very long. And in Ayrton’s case it was even shorter.

You seem very comfortable with what you do now. A lot of drivers drift into F1 TV commentary and seem to do it almost begrudgingly. You’re the acknowledged master at it and people believe the whole Sky coverage hangs around you.

I can still remember your first year of not being an F1 driver, you were doing a column for the Sunday Times and you came into the press room somewhere, wanting to ask me something and my reply was, “sorry Martin, I’m a bit busy right now,” We had a laugh about it because as an F1 driver, those are words you would never have heard. Life was very different but you adapted very well. You obviously enjoy it.

Yes, I do enjoy it and this is my 33rd year of F1 now. I feel at home here and I know everybody. I’m not going to do it for ever, but I’m going to be here for a while yet and it’s a great sport. And people Tweet me, “you have the best job in the world.” I’d struggle to argue with that: I travel the world and yes the F1 schedule is a bit too hectic these days, but it’s just a wonderful opportunity to be involved in a sport I love, a sport I know very well and to share my experiences. Wherever I go in the world, a lot of people come up to me and what they say is almost word for word the same: “Can I just shake your hand, you’ve given me so much pleasure over the years, watching F1.” And that means the world to me. I like sharing whatever bizarre thing happens, I’ve either seen it before or it’s happened to me. It’s nice to share that experience. 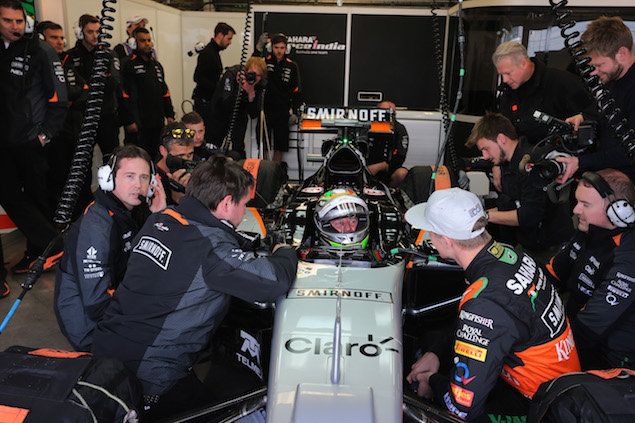 Of course, driving the cars keeps me right up to date, even if the sport moves on quite quickly. If you talk to Paul di Resta or Mark Webber, they’ve never driven these (new hybrid) engines even though they were in F1 much more recently than me. They know a lot more about how the team operates and the technicalities of driving with so many knobs on the steering wheel. I work very hard on keeping myself as up to date as I can and in that respect it gives me great pleasure to do it.

Let’s be honest Eric  - and I thought it would happen ten years ago - somebody like a Jenson Button is going to come along and decide they want to do TV and they will just blow me out the water as they will be much more recent and more relevant and when that happens I will do something else.

But that’s not necessarily the case, because what you do requires a particular skill. You've grown into it and I’ve followed you since you started and you’re definitely better now than you were in the beginning! There’s no guarantee that another driver will be better.

When DC came in, I observed him and watched him adapt. You go from being the king of the castle in the paddock and then having to work in the TV compound, which is invariably in the depths of the outside of the track, crazily it’s usually a ten to 15 minute walk away from the paddock and you are surrounded by dirty coffee cups everywhere and being told when to be where…The thing I found hardest in the beginning was standing and waiting for a driver, who was dicking me around on time. I did find that would grate a little bit to be honest. 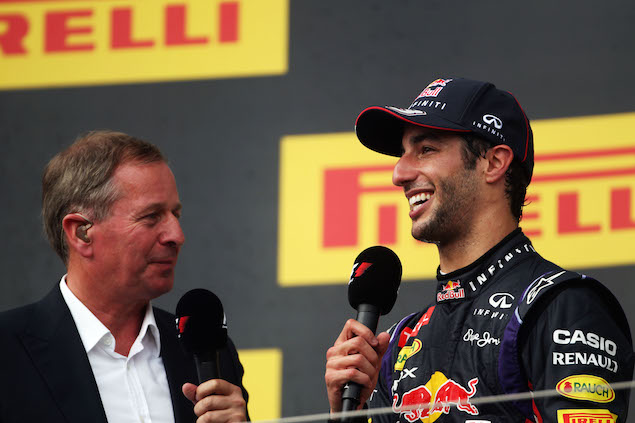 Did you think, “oh how many times did I do this?”

No, honestly, I didn’t because I don’t think I ever did (keep someone waiting). If I said I was going to do something I did it. But it depends on your background and upbringing. DC, who was more successful in F1 than me, he fell into it well and Paul di Resta seems very comfortable in this role. And the next stage is you get to feel part of the show and come up with ideas, saying “did you know” and “what I’ve just found out is,” so I think some drivers can handle the change of status if you like, but as my boss at Sky Sports often says to me, “are you better recognised now that you’re on Sky, or less recognised?” and I’m far more recognised and probably more appreciated than through my racing career, which frankly annoys me, it really annoys me. But hey, why should I complain.

I thought of talking to you, after chatting with Derek Warwick in Bahrain, because in my mind the two of you came into the sport in unusual ways, with your family involved, in Stock Cars and Hot Rods…

Any which way… I grew up selling cars, serving petrol and racing for fun and I ended up in F1. It was only by race four of my F1 career that I realised that on the Monday morning after a Grand Prix I shouldn’t be in the showroom selling cars. I finished fifth in my first Grand Prix in Rio and I handled the press calls the next morning when I got home, from my desk in the Sales Office of our Toyota dealership. I was selling cars because I didn’t have any money and I was getting paid not a lot of money to drive for Tyrrell. We all come from humble backgrounds, Lewis comes from a humble background. It’s a privilege I’ve had two strong careers out of Formula 1 and I’m a very lucky person.