When racing drivers hang up their helmet, the question of what to do next often has no obvious answer: not in the case of Alex Wurz who seems to destroy the myth that men can’t multi-task. After a decade in Formula 1 and two Le Mans victories to his name, the 42 year old Austrian announced his official retirement from racing last year. 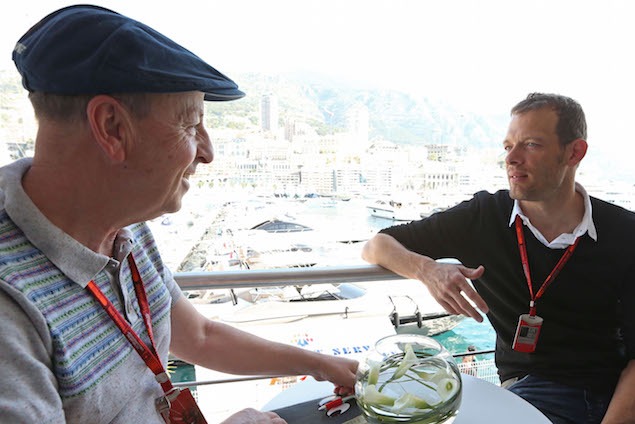 Now that you’ve retired from racing, do you get withdrawal symptoms?

Not really. I still do some testing for Toyota (WEC) so I did a few thousand kilometres already this year in the race car and do some show runs with the Toyota Rally Car so I have enough moments where I can explore the limits of myself and the cars and that’s enough. Here in Monaco is always the place that I would like to race, but definitely no thought of coming back.

Your competitive career started on two wheels in bicycles. The thing about anything to do with bicycle sports is the equipment doesn’t actually matter. When you moved to motor racing, did that strike you as odd, that you’re not totally in control?

A little bit, but then my dad was a rally-crosser and a very successful driver and the moment you touch a go-kart track, you know it’s all about the equipment. It’s frustrating. I have now my three kids as we speak racing at the Central European Championship Race in Hungary and it’s all about the equipment, you think somebody else has better stuff. It’s totally contrary to what you mentioned with cycling. On that note, I have to say that you have to go to a Tour de France stage in the mountains, because even the last guy who’s completely dead and is just barely making it up the hill because he worked his rear end off for the team, the spectators - and there are hundreds, thousands of spectators - they’re all clapping for him and they’re all in awe and think, “This guy’s amazing.” This is such a refreshing culture. In motor racing, we still have this culture that apart from the first two or three, “look at this wanker.” It’s a very different culture but anyway, it’s what it is and you have to accept it.

The negativity of saying bad things for the sake of it, then that’s more of an issue and not appropriate

There’s quite a lot of negativity in Formula 1, the fans get angry with drivers.

I think negativity, if it comes out of emotion and underlying admiration, love for the sport, it’s maybe not so bad because it’s just their form of emotion. The negativity of saying bad things for the sake of it, then that’s more of an issue and not appropriate.

You’ve got the road safety programmes and the driver training, you’re involved in coaching drivers here at Williams. If you had to describe your job at the moment, what’s the number one point?

Travelling. Travelling in the sense of travelling on planes and so on but also mentally travelling from being an active driver to working behind the scenes. That’s a journey.

It must have a lot of pluses.

Yeah, I’m really happy. I have my own company, Test & Training, (which his father started). That involves driver training and setting up driver training facilities but my dad also built up the Red Bull Ring, at the time the A1 Ring and he also built the Sachsenring. He was the first person to give track jobs to (Hermann) Tilke, with Tilke as the architect and my dad as the designer of race tracks and driver training facilities. I have now taken over the company and I’m going way more into track design, while continuing with our road safety mission because our programmes save lives and some of them are mandatory by law in some countries. We work with governments around the world so it’s quite high end on the road safety scale. Currently we have 33 facilities under our system and operation and many more in the planning stage or currently being built. 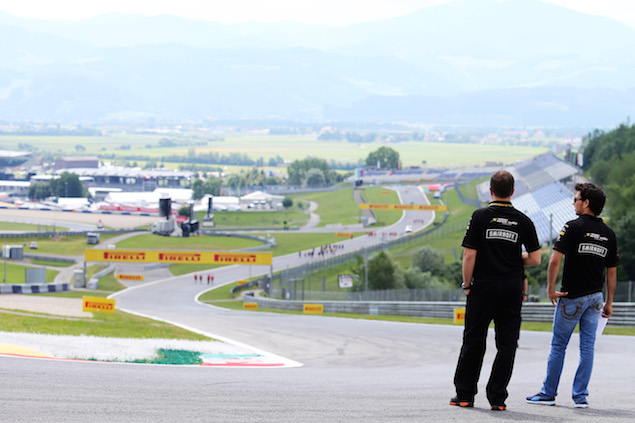 I love the track design work, because already as a kid I helped my dad to design the facilities. I did the first sketches of the A1-Ring. I would have done them a bit faster but then Bernie (Ecclestone) made them slower because Gerhard Berger’s Ferrari didn’t have very good drivability, so that’s why the first three corners are very slow! I would have had them way faster with banking in them actually. I’m designing a few tracks as we speak. This is really where I want to go because it’s creative and it’s not just how the track flows and cambers. I’m a big fighter for a little bit more old-school track design. It’s also how you structure a race track in the look of the paddock, its functionality. In everything we’re designing, I’m obsessed with multi-functionality.

So that’s one job. I’m with two top racing organisations as an adviser: for Williams I’m Motorsport Adviser to the board, so the role has moved on from just mentoring the drivers. I do the same for Toyota including still the testing and that’s quite cool because I can use my experience to sometimes question existing processes, asking for reviews, or being critical or supportive in whatever shape or form I feel will make the team operate better. The teams seem to be happy with me, as they extend my contracts every year and I’m quite happy about that! It’s also a job I like. Those are basically my three major activities.