Catch up with what all the teams had to say following Sunday's Monaco Grand Prix - the sixth race of the 2016 Formula One world championship. 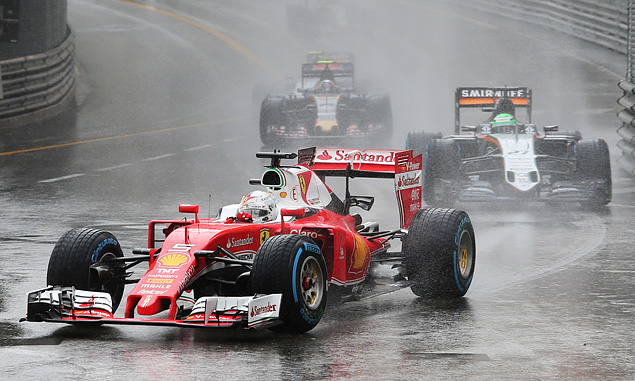 Sebastian Vettel
"It was a difficult race, I think I could have done better when I stopped and I came out behind Felipe. We made the right strategy call but then I should have found the way to get past, I think I lost the podium there. When I was behind him I was in the Intermediates tires, it was very slippery, very easy to get it wrong, but I feel I should have made it possible. Yesterday we didn’t do a good job in not putting the car in the place where we belong, yet I think we were very quick this weekend, the pit-stops were fantastic, a great job from the guys. But the rest is up to me and I apologize because I couldn’t get to the podium. I tried everything to close the gap to Perez, and I did come very close a couple of times, I was also lucky not to ‘kiss’ the wall at the end. Now it’s over, so in the end we got good points and after 6 races there’s a lot more to come."

Kimi Raikkonen
"Today it was very difficult to get any grip in wet conditions, I was trying to drive as fast as I could but I was very slow. At one point, trying to downshift, I locked the rear a little bit, went straight and then I just couldn’t turn around at the hairpin. Unfortunately I touched the wall, took the front wing out and it got stuck underneath the car. After that I struggled to go forward and in the end I managed to get the car moving. When the team told me to park the car I was in the middle of the tunnel and couldn’t stop there, so I went through very slowly and then I parked the car. It has been a difficult weekend with a bad end result for me, now we keep working and improving, certainly we can do better next race."