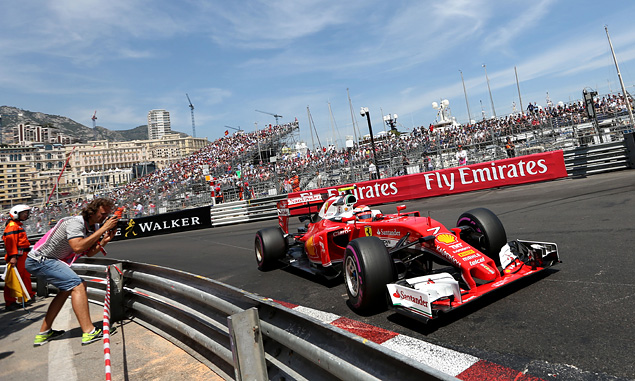 Sebastian Vettel
"Of course I’m really disappointed, because what we did on the car from Thursday to today was really good and we had improved it a lot. This morning we had a very good start, I knew that there will be a lot more to come and I wasn’t worried at all, but as the qualifying progressed it was just getting more difficult for us to extract the grip. When you don’t have the grip here it’s more penalizing than on another track, the car was starting to slide a lot and at this stage we don’t understand why. While all the grid was going faster and faster, in the end we did the same fast laps we did at the beginning. I did what I could, but I was not as comfortable as I was in the morning. It’s disappointing because I missed a good opportunity to start the race potentially from the front tomorrow. I was expecting more because the car gave me all reason to expect more but in a couple of hours we’ll start to look forward, the race is tomorrow, we have a great car and a great pace."

Kimi Raikkonen
"The whole weekend has been quite tricky, but this morning the car felt a bit better and for qualifying we improved even more. For sure we did the right things, but we struggled to make the tires work as we wanted; they were too much on the edge of the grip, the rear was slipping or the front was sliding and in a track like this when you don’t have a consistent good grip you lose a lot of time because of that. Obviously we are not happy of where we end up and the penalty due to the gearbox change for sure doesn’t help, but we’ll try to make the best out of it. We cannot predict what will happen tomorrow, for sure the race it’s not going to be easy, but usually many things happen here, we’ll try to get the most, to do the right calls in case of Safety Car and to take the right decisions."