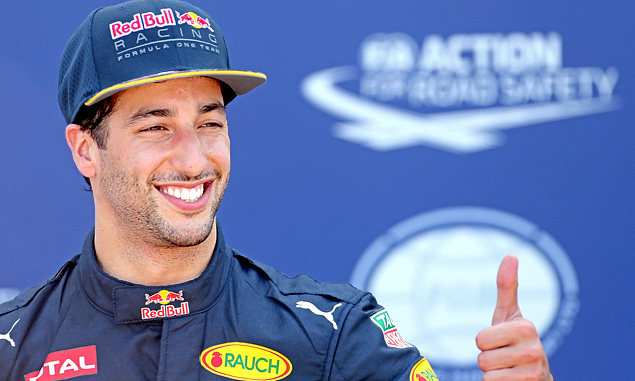 Daniel Ricciardo after being given a multiple choice to explain his pole position, “engine update, the chassis itself or the big Australian balls?”

“Two weeks in a row I have been screwed. It sucks. I didn’t make the call. I got called so they should have been ready. It hurts.”

What a difference 24 hours can make: a totally dejected Ricciardo can’t quite believe what’s just happened to him in the Monaco Grand Prix.

“…thankfully the damage was relatively minor and it won’t keep the mechanics here too late tonight, although Rio could well find himself buying the boys a drink or two sometime over the weekend.”

On Thursday, Dave Ryan Racing Director at Manor revealing an unusual clause in the drivers’ contracts. Presumably, there is a sliding scale going from buying the mechanics one drink each for a bent corner maybe, right up to a four course meal at a Michelin starred restaurant if a new chassis is required. 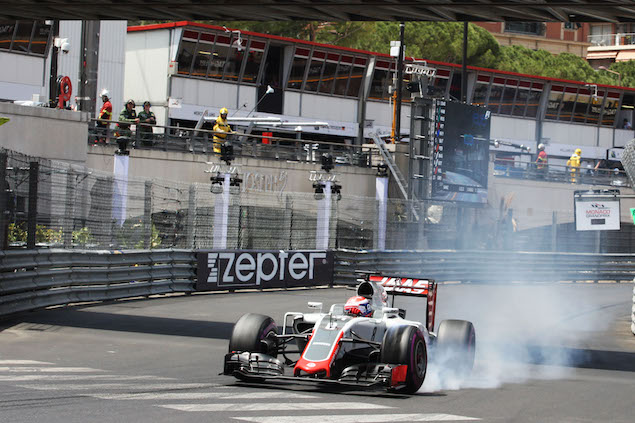 “There were some typical Monte Carlo problems, especially in the afternoon with Romain. He lost the car…”

Haas team principal Guenther Steiner illustrates the sort of rookie mistakes you can expect with a new team. Old hands know that every multi-story in Monaco looks the same so losing your car is very easy to do.

“It was unacceptable behaviour by both drivers. They have the responsibility to make it to the end of the race. After this, we have clarified the situation internally and both drivers are aware of their responsibilities. Such an incident will not happen again.”

Sauber boss Monisha Kaltenborn is a lawyer which means she picks her words carefully. But in Sunday’s press release, she couldn’t hide the fact she was incandescent with rage that her 2 drivers eliminated themselves from the race. 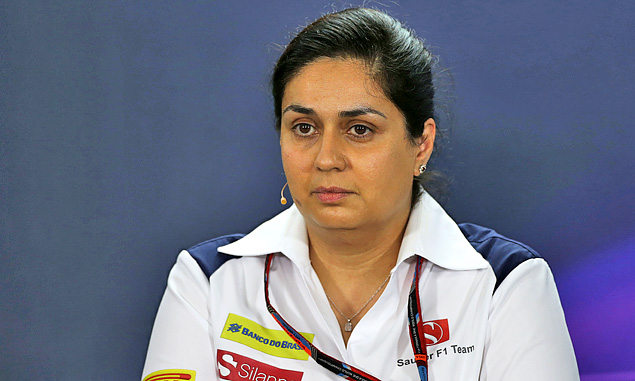 “Well, we’ve had better ones!”

Kaltenborn again when asked how the post-race debrief had gone.

"Verstappen incredible to watch but can't help feel he'll end up in the wall again..."

Because he rarely gets anything right, F1i's Chris Medland's tweet on Sunday. Nine minutes later, Verstappen crashed at Massenet.

“That was the longest run to get there before I stopped for those tyres. It was crazy how long it was and really difficult to understand how much wheelspin you’re allowed, how much you can use the tyres because you don’t know to what end they’re going to go and I think the last lap was the time they were literally just about to drop off…”

Lewis Hamilton’s drive wasn’t really as sensational as some folk will have you believe: his team-mate moved over for him, then the man who should have won was the victim of a team mistake. But keeping his Extreme wet tyres alive for a massively long stint on what was an intermediate if not a slick track, by the time he pitted, was a great performance.

“Hard to remember exactly. I think I remember that point. I think I got stuck behind a backmarker or something like that. Got poor traction out of Eight, and Daniel was all over me, so I had to be on the inside line for Turn Ten, I think it was, and being on the inside, it’s a bit more damp than being on the dry line, so locked-up and just missed. I was aware I wasn’t going to make the full turn and as I did I went off onto the wet patch, with Daniel on the dry track, and coming out I was just on ice. Wet tyres basically, so I was wheel-spinning and sliding on the exit. By the time I’d gained traction, I realised Daniel was kinda… I was ahead but Daniel was right-side of my mirrors, behind my right-rear tyre, so I knew it was close. I don’t feel that I particularly gained an advantage.”

Remember when you were a kid and you were caught doing something wrong? So you just talked and talked and talked in the hope it would make it all sound better. Lewis Hamilton gives his view of his move on Ricciardo when he cut the chicane.