Following a thrilling Monaco Grand Prix which saw Lewis Hamilton take his first win of the season, F1i looks at how the race unfolded and gives each driver a rating out of ten 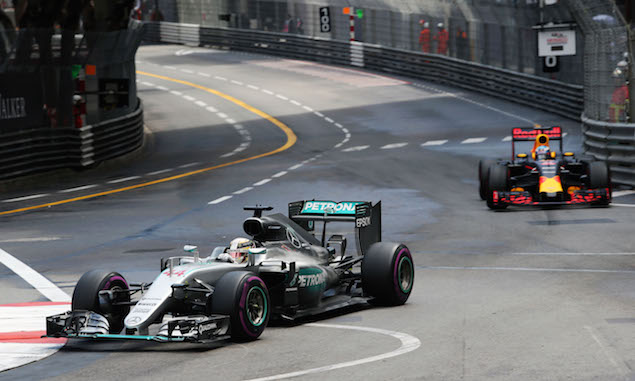 One of his best wins and only his second around the streets of Monaco, Hamilton was imperious during the race. A poor qualifying - not helped by a fuel pressure issue - saw him start from third but a dejected Hamilton on Saturday night evolved into a determined one on Sunday. His pace advantage over Nico Rosberg was incredible, gapping his team-mate by four seconds in less than a lap after being allowed through, and withstood heavy pressure from Daniel Ricciardo to nurse a set of ultrasofts to the end of the race, even if Red Bull had opened the door with a slow pit stop. Gave his title hopes a major boost just when he needed it.