I’m aware that many of you won’t have even heard of my Canadian Grand Prix breakfast guest, or have a clue what the CanAm or F5000 series were about – look them up, they were important once – but when I was a kid, every time I attended a motor race or read about one in the comics, it seemed that David Hobbs was taking part in it. Now in his late 70s and originally from Warwickshire in the UK, he now lives in Wisconsin. As a racing driver, he competed in F1, Indy, Le Mans, CanAm and who knows what else and now, as a commentator he talks about anything on wheels. He’s here in Canada as commentator for NBC Sports for whom he covers the entire season. 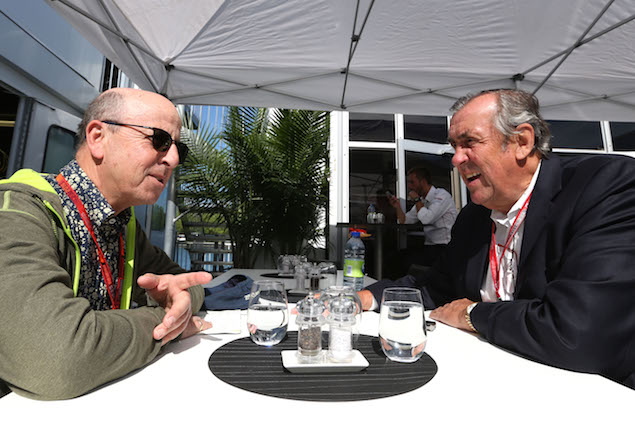 Thank you. Thursday was the day.

Yeah. Rather too many but better that than the alternative of not having any more birthdays. I’d rather have a lot than no more.

At this launch of this Heineken deal, Jackie Stewart was talking about the days when drivers dropped like flies and that was really the case.

It absolutely was. I was really lucky, I didn’t even get hurt in 30 years. I never even broke a finger. My friend Brian Redman says, “Well you obviously weren’t going fast enough.” Perhaps he’s right. The modern race driver is pretty spoilt because the tracks are so safe and so are the cars, even without a Halo or whatever we end up with next year, the cars are still unbelievably strong.

This Canadian track is a bit dangerous though.

We just did our first show and I said you go from sublime to cor blimey – from Monte Carlo to here – because the only difference is that at this one you obviously have a lot less downforce on a very high-speed track. The one thing is similar is there’s still lots of walls pretty damn close to the track. There’s a couple of run-off areas but other than that, you’re faced with a lot of walls, so for 130 mph average, those walls are pretty close. 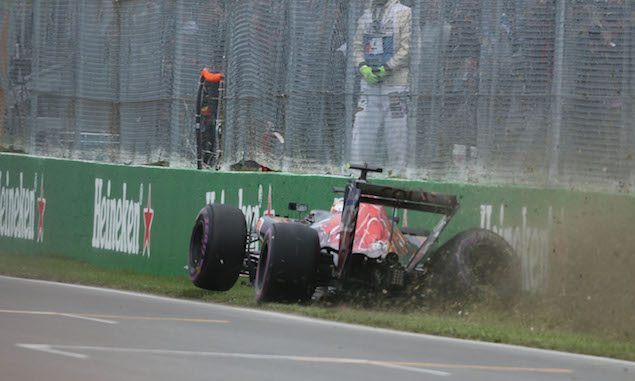 You did a few Canadian Grands Prix but none of them could have been here.

No I did them in Mosport. I did the very first one in 1967 in a BRM entered by a guy called Bernard White.

As a driver, you didn’t care what you drove.

In those days, we drove anything. I drove White’s Formula 1 car then I drove his Ferrari LM and then he also had a GT40. Mike Hailwood and I went to South Africa and we spent the whole Springbok series out there in 1966.

Mike was the ultimate character on two wheels, maybe along with Barry Sheene. What was he like as a team-mate? I would think a lot of the stories you could tell me, I’ll never be able to write. Would that be the case?

That would be the case but he was a great team-mate. He was very quick, a lot quicker on four wheels than people gave him credit for because he didn’t get the best of starts in Formula 1. But when he drove for John Surtees, he very nearly won the South African Grand Prix and he very nearly won a couple of others but he had mechanical malfunction almost in sight of the flag. In the GT40s with me, he was just as quick as I was and of course he won the Formula 2 Championship. Off the track, he was a delight to be with. He was a really party animal, loved the girls and liked to drink. To me, his most astonishing feat was all those TTs (Isle of Man motorcycle races) that he won, especially after he had the 11-year lay-off.

On two wheels, they say [Hailwood] was the motorcyclist of the 20th century, which quite likely he was

I was there for that feted comeback. Was he that effortless in a car?

On two wheels, they say he was the motorcyclist of the 20th century, which quite likely he was. When Michael Schumacher came back after just two years out, they said cars have changed, this has changed and that’s changed, it’s very different to when he left, but nothing could have changed as much as those motorbikes in 11 years. I really enjoyed our time with Mike and we got to know him very well. His son David is named after me. And we keep up with Pauline (Hailwood’s widow.)  He was a great guy to be with. When I heard the news that he got killed…Very, very tragic.

Let’s go onto happier things and your debut. Is it true that your first race was in your mother’s Morris something?

Morris Oxford. Like a Morris Minor on steroids, the big bulbous thing.

How did that come about?

I was a Daimler apprentice, Dad had an engineering company, he invented an automatic transmission and Mum had this 1952 Morris Oxford, which had the automatic on it. Because I used to drive like a madman on the road, I thought if I’m going to do that on the road, I may as well try it on the track. 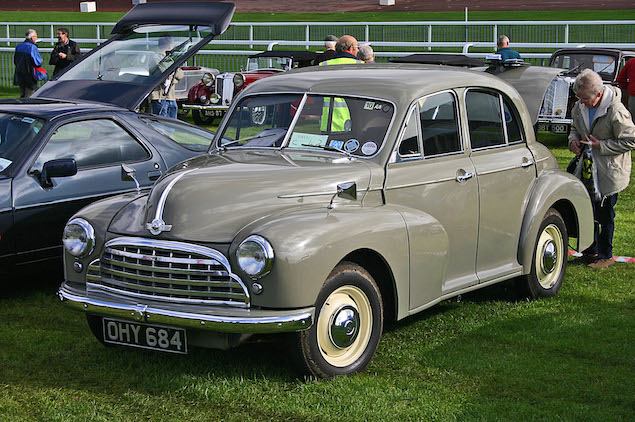 How old were you?

Nineteen. At my first race, the scrutineer said: “Oh you’ve got an automatic transmission on here and that’s not homologated so we’re going to have to put you in the sports car class.” So there I am up against racers like John Whitmore and of course, I didn’t finish. It blew up.

It didn’t put you off?

It should have done, shouldn’t it? But it didn’t, no. I persisted and raced her car three or four more times. Then the following year, I raced Dad’s XK140 and I won some races in that.

But at the time did you think you wanted to be a grand prix driver?

I did yeah. I wanted to be a grand prix driver and I also wanted to win Le Mans. Le Mans had a lot of character about it. I think Le Mans had as much fame attached to it as Formula 1 because all the Formula 1 drivers did it.

I did it 20 times and still never won it! But I’ve always enjoyed Le Mans. It’s a pity that next week it clashes with the Baku race. My very first foray there was with Frank Gardner with Team Elite and we won the class and we won the Index and we were eighth overall so it was a hell of an effort, really. I went back every year for years.