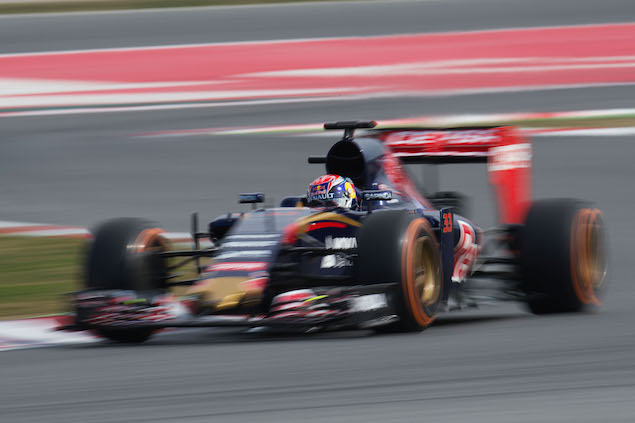 Much has been made of Max Verstappen coming in to Formula One after just one year of single-seater racing, becoming the youngest driver the sport has ever seen and holding on to that title as the FIA introduces a minimum age of 18 from next season.

But these aren’t records Verstappen has asked for, they’re just the consequence of a mercurial rise through the ranks.

12 months ago, Verstappen was hastily preparing for his first year of racing cars, with a full season of European F3 ahead of him driving for Van Amersfoort Racing. Sitting down for an exclusive interview with F1i, the Toro Rosso rookie admits his ambitions were modest at the time.

“The target was to try to finish on the podium sometimes and in the end you want to win races but at that time we didn’t know how good the team was,” Verstappen admits. “The year before they weren’t really impressive so we set our goals a bit lower.

“Also my preparation before wasn’t really good because we decided on F3 very late. I only had one test day with them before we went in to the official testing, so it wasn’t great but in the end we still had a great season.

“The team were not really up to speed in the beginning, they were not used to being at the front so they also made some little mistakes. Let’s say in Silverstone, some teams had so much more experience than us and we were struggling a little bit. I was still not 100% but I think in general the whole structure was not there yet.”

I wanted to do two years of F3 but already in my first year we were thinking ‘if we finish second or third, what’s the point in doing another year?’

That first round at Silverstone saw Verstappen finish second in the final race of the weekend. Troubles with the car - and specifically the engine - hampered him for a few more races, but with a first win under his belt at Hockenheim plans had already started to be revisited when the phone rang from a certain Red Bull advisor.

“I wanted to do two years of F3 but already in my first year we were thinking ‘if we finish second or third, what’s the point in doing another year?’ So we already were a bit ‘what do we have to do?’ And the other thing was we had to find a budget, which already wasn’t easy in F3. Then we got the call from Helmut [Marko], so I quickly changed my mind and thought maybe it’s possible to race in F1.

“I always made big steps in my career. Especially when they started to explain how they wanted to prepare me ahead of my first race, I said ‘we have to take this chance’.” 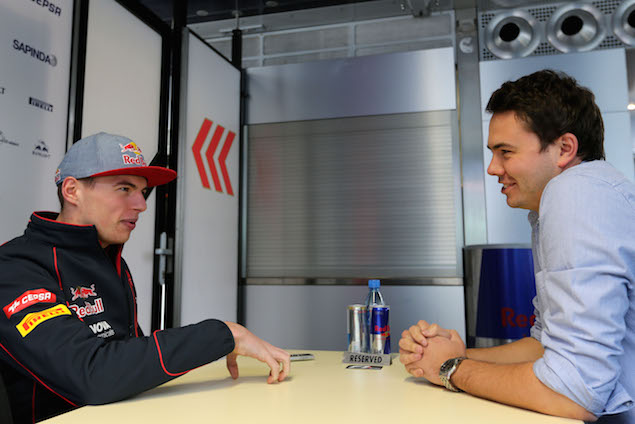 The call came the day after an incredible sixth win in a row was achieved, with Verstappen taking a clean sweep of victories of the three rounds at both Spa and Norisring. That was all the convincing Marko required to make his move.

“For sure six wins in a row in F3 in such a competitive field helps, but I was still not even thinking about maybe next year getting a possibility in F1,” Verstappen insists. “I was just thinking ‘OK, maybe this will help me open some doors for the future’.

“Then the day after Norisring - we got home very late because we went by car - we got the call from Helmut Marko saying ‘I want you in F1 next year’. So then I was like ‘Woah, OK this is going really quick!’

“Afterwards I heard Helmut had been watching every F3 race and also Franz [Tost] so I’m sure they were keeping an eye on me.”

The maturity of Verstappen - and his dad Jos - is evident in the fact that the immediate answer was not ‘Yes’ but ‘Let’s see what we can do’.

“After [the offer] we were still in talks because of course it’s very nice to get an offer in F1 but you still need to work things out in the best way for both parties. With Mercedes we’d talked already since the beginning of the F3 season, but we just had talks, nothing specific. They wanted to just talk with me about what we wanted to do in the future.” 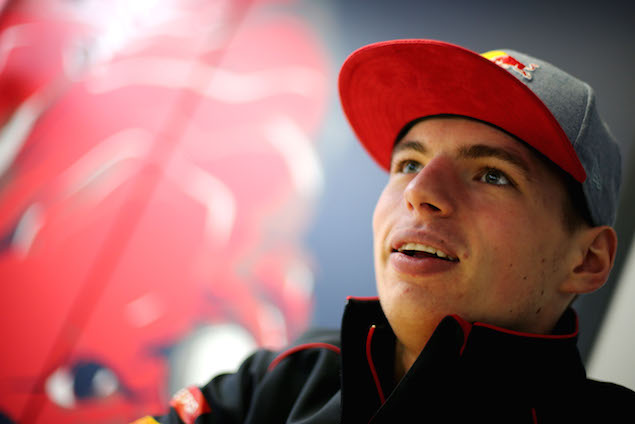 With Red Bull making the concrete offer of a race seat at Toro Rosso, Verstappen accepted the offer ahead of the F3 round at the Nurburgring, meaning he had to wait another week before it was made public. 10 days later he was the centre of attention in the paddock at Spa and noticed one major change…

“It was a bit easier to get some food! Normally when you go to a grand prix weekend you’re hungry at one point and you don’t really know where to go because you’re not part of a team. So you’re just hanging around, talking to people, waiting, it gets boring at some points.

“Then when I got announced as an F1 driver we were in at Red Bull, spending more time with the team and it was completely different to what I was used to.”

The preparation plan Verstappen referenced earlier started in earnest in Japan where he drove in FP1. The advice ringing in his ears? Stay off the kerbs and don’t bin it here because nobody will forget it. He took it on board.

“Just make laps and stay on track, that was the only thing they said,” Verstappen admits when talking about the feedback from Toro Rosso and his father. “Everybody was talking about my age and that I would be a danger in F1 and that I would crash the car and all this kind of thing. So they said ‘don’t crash the car, just drive laps, even if it’s two or three seconds off’. 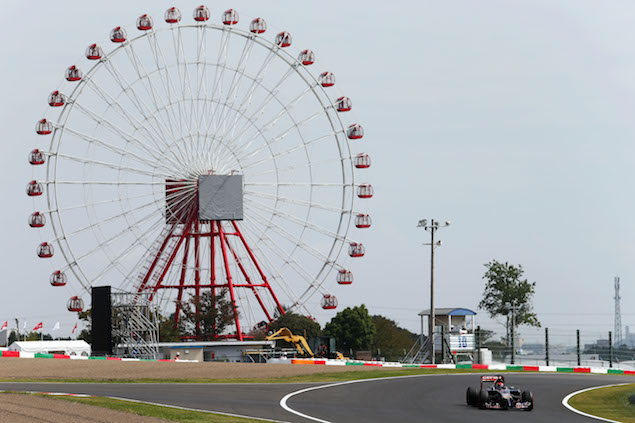 “I was out there and I thought ‘I can’t be two or three seconds off, I want to go fast’. Still, you’re not really confident straight away, it was my first time in a 2014 car, you only get one lap to set your time on because after that the tyres are gone. So it was a bit tricky but 0.4s off [Toro Rosso team-mate] Daniil [Kvyat] was not too bad in the end.

You sense Verstappen has many more exciting moments in Formula One ahead of him. So where does the driver who has risen through the ranks so quickly see himself in another 12 months?

“Beating my team-mate, that’s number one, and trying to score a lot of points. Hopefully top five in the constructors’ championship.

“I don’t need to go to Red Bull in one year. When I feel ready then it’s possible to make the step. It shouldn't be too quick. I’m ready to build it up and go there at the right time.”