When Alex Rossi made his F1 race debut for Manor last year in Singapore, he was the first citizen of the USA to line up on a Grand Prix grid since Scott Speed drove for Toro Rosso in 2006 and ’07. Rossi drove in just 5 Grands Prix but didn’t secure a full-time race seat this year. The Californian is reserve driver for the team and is here with them in Austria. So, just another American who didn’t make it in F1? Well, maybe, but who knows what the future holds now, given that back in May, 24 year old Alexander Rossi became only the ninth rookie winner of the Indianapolis 500: a game-changer if ever there was one. 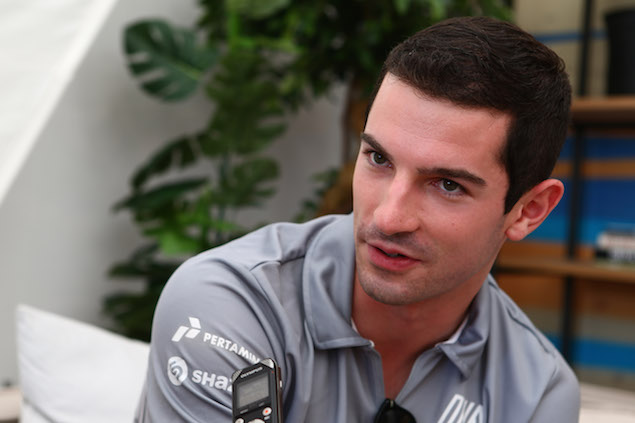 The last time we had a chat we were doing commentary for BBC Radio together in Singapore, one year before you raced there. To say your life has changed a bit since then would be a major understatement…

In this sport, in two years a lot can happen and in this case it has. It was great to make my F1 debut last year, with what I think were five pretty positive races. Then, my career path took a bit of a different direction in February this year when I joined the Verizon IndyCar Series and it changed again in May, after winning the Indy 500.

From earlier interviews, you were clearly from the school of Americans who wanted to race in Europe, in Formula 1 and ovals were of no interest to you. So how did you feel about F1 coming to an end and going to America. What did you think you were going to get out of it?

I was very disappointed when I wasn’t in an F1 seat this year, but very fortunately the opportunity to drive for Andretti Autosport came very soon after that. I jumped at it, but you’re right, Indy wasn’t something I had considered doing. I moved to Europe when I was 16 for the very specific reason of trying to get to Formula 1. With IndyCar, I have enjoyed my time more than I thought I would, even without the Indy 500 win. From my first race, I thought the series was very, very cool and I felt at home from day one.

When you were a kid, did you look down on Indy? Did you believe Formula 1 was the only way?

Actually, I wanted to race in CART and I thought that was the ultimate. And today, I still believe that through the late Nineties, CART was an even better championship than Formula 1. That obviously changed at a time when I started to understand racing more in my early teenage years and I started to pay more attention to Formula 1. I never looked down on Indy, but the IRL, at the time when I was 13 or 14 and looking to make a decision on my career path, was not an attractive championship. IndyCar as it is now is very different to the way it was when I made the decision to go to F1. 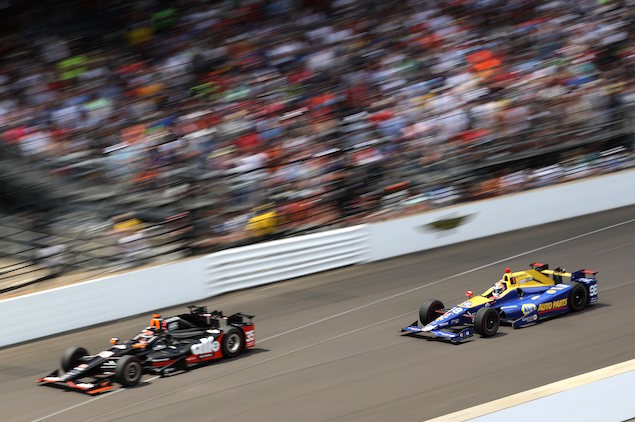 What were the first differences you noticed between the two disciplines when you first tested your IndyCar?

They are completely different machines in every aspect: an IndyCar generates a lot more downforce, with that goes a lot of extra weight and we don't have the ultimate power that a Formula 1 car has. But the cornering capability of an IndyCar far exceeds a Formula 1 car. Because of that, it becomes very physical, there is no power steering and you have to drive the car in a much more aggressive manner to get the lap time out of it. A Formula 1 car is a lot more about finesse and being a lot more precise with everything, whereas you have to more or less monster an IndyCar around the lap to get a good lap time.

Was fitness an issue when you first drove an IndyCar then?

No to be honest, I always found F1 races pretty easy from the physical point of view and I always over trained. I’d venture to say that a GP2 car is more physical to drive than an F1 car. I was used to something that was more demanding than a Formula 1 car, so fitness was not a big issue. What I did realise was that you need to focus more on the strength aspect of your fitness. In F1 it’s about the cardio side and getting your weight down and so a lot of F1 drivers are very fit because of the need to get the weight down as much as possible. You definitely have to be stronger – I wouldn’t say fitter – to drive an IndyCar.

How many oval tracks had you driven before going to Indianapolis?

Just one, the one mile oval in Phoenix, where the average speed is 185 mph, whereas at Indy it’s 235. The scale of the Speedway (Indianapolis) is what surprised me. I’d been there to watch F1, but you’re hardly aware of the oval then. When I actually went and looked at the oval for the first time, I felt the wow factor and when I first drove it for my rookie orientation, it was a case of not only are you going quickly, but you are going quickly for a very long time and that part of it was definitely eye opening. In a good way, I loved it. I have to say the 500, even before I knew I had a shot at winning it with 15 laps to go, it was the most fun I’d had in a race car. The 185 laps prior to that point were just awesome. It’s the largest sporting event in the world, the largest motor race in the world for a reason, it’s a very special thing. 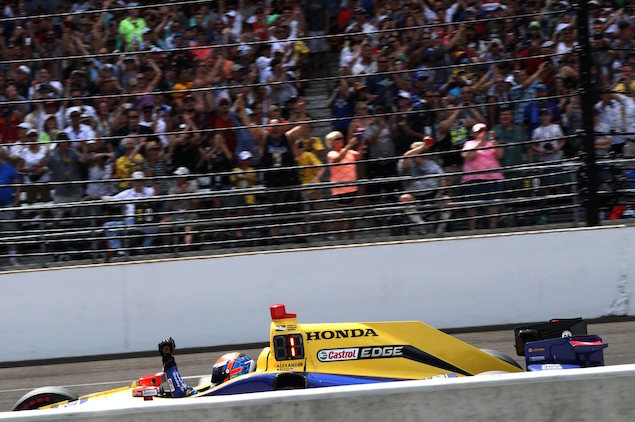 And there, strategy is very different to F1.

There are a lot more yellows (caution periods) So you don’t go into the race with a strategy plan, because you always pit under a yellow.

Let’s talk about the day of the Indy 500 itself. You qualified in 11th place, talk me through it from there.

We led four of the ten practice sessions. All five Andretti cars were in the top ten for the whole month. The only reason we qualified eleventh is that we made a tactical decision, because pace-wise I think we should have been on the front row. So going into the race, I knew I had a car that was better than its eleventh place on the grid. I was eighth for a lot of it, but then we had two very bad pit stops because of refuelling issues that dropped us back to last place.

It was at the fourth pit stop of seven that we had the biggest refuelling issue and went to last with around 100 laps to go and it was at that point we decided to go off strategy and miss out a pit stop. The way to do that involved me saving a lot of fuel, an obscene amount of fuel. It was a huge dice roll, but we had to play that hand and go for it and it worked for us…just! (the lead cars ahead of Rossi all had to pit in the closing stages for a splash ‘n’ dash.)

Talk me through the last lap then, as I understand it, you ran out of fuel just after the flag.

We needed about 0.7 of a gallon to complete a lap and we had less than half of that on the final lap. There was a lot of coasting and I pulled the clutch in a couple of times, engine turned off and we got it to the end. 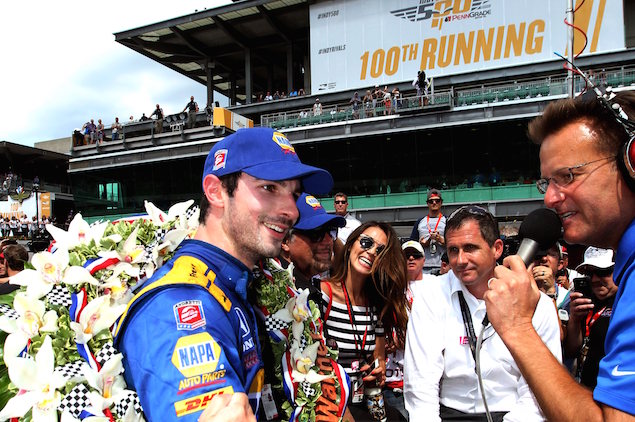 What has winning Indy done to your life now? You must be very famous in America. Have you done all the big chat shows?

We’ve done the whole nine yards and there are some pretty cool things coming up for the off-season. It is different for sure. My American presence has grown quite a bit, not just in the motor sport industry, but in the lifestyle part of things as well. Its great and we need to capitalise on that and see what opportunities come from it.

Would you like to be back here in the Formula 1 world, even if not immediately maybe?

I have a clear objective to finish this IndyCar season at least in the top three. We have a chance of doing that. That is my immediate focus. What comes after that in September I have no idea. I thought I was going to have an F1 drive at the start of this year and I ended up going to Indy and winning the 500. I’m done trying to predict things, I just want to be in a situation where it’s positive for my career and we’ll see where that is at the end of the year. For now, everything is positive and I’m very happy to be here this weekend with the Manor team. I have a huge relationship with them and it’s good to see them making progress and it’s a big honour to still be a part of the F1 community.

QUALIFYING REPORT: Hamilton on pole from Hulkenberg and Button in Austria