Catch up with what all the teams had to say following the ninth race of the 2016 season - the Austrian Grand Prix at the Red Bull Ring. 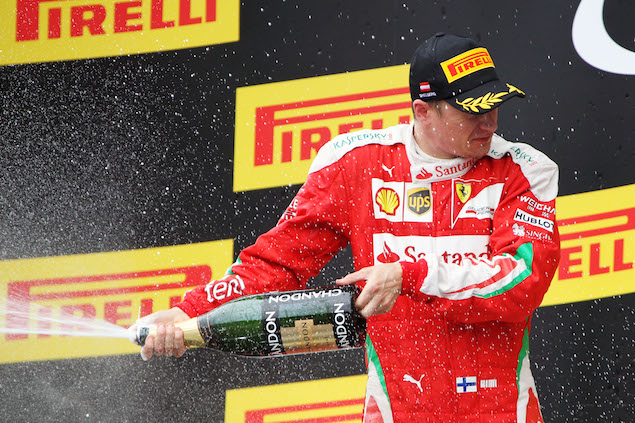 Sebastian Vettel
“When the rear right tire failed, I didn’t feel anything, or rather, I felt it when it was too late and it exploded out of the blue. There were no signes before that, everything was normal. I spoke with the people on the pit-wall and everything looked the same, the pace was the same as the lap before, the tires felt fine, the lap times were fine. It’s completely a question mark on why the tyre had the failure. Obviously the idea was to go on as long as possible with that set of tires and to shape our race on that idea, but I don’t think it was an aggressive strategy, as lots of people went longer than us on the same tires. Now there are still a lot of races left, but surely not finishing the race doesn’t help.”

Kimi Raikkonen
“It was not an easy day but I did my best. Third position is an ok result but I’m a bit disappointed with where we ended up: considering the first part of the race, we expected more here as a team. At the beginning we had good speed to catch up a bit with the Mercedes, but then after my pit stop it was not easy to recover. I lost precious time trying to pass Ricciardo, I got close to him many times, but then I was losing traction trying to get out of turn two. Once I got past him I had a very good speed and I was very happy with the handling. In the last part of the race I think I could have passed Max, but with the yellow flags on track it was not possible. Handling-and-speed-wise today we got the maximum out of the car, but it was not enough because we want to be up there with both cars. Hopefully in Silverstone we’ll have a smoother weekend and a better result.”

Maurizio Arrivabene, team principal
“The result could have been better as Sebastian, today, would have finished very high on the podium without the tire failure. That happened when he was leading the race and all of a sudden, with no prior warning, so the causes will have to be investigated together with Pirelli. As for Kimi, he scored another nice podium finish: we had split strategies between our drivers and both our data and his feedback showed that he could have come ahead of Verstappen in the last stages of the races, had it not been for the yellow flags which came out following Perez’s crash.”