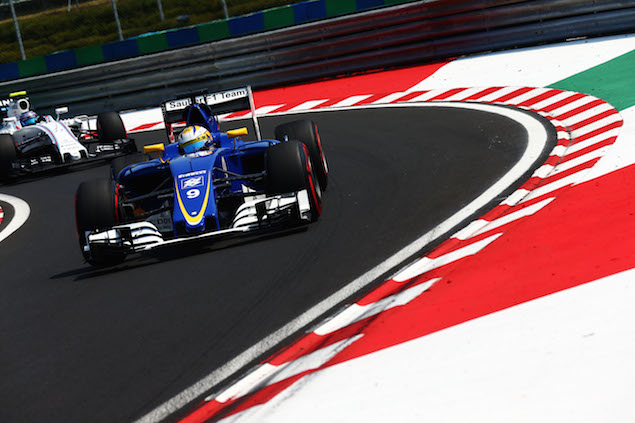 You carried your form from the end of last year into the start of this season, what was the cause of that and what did you have to do over the winter to keep that going?

I think it was mainly on the mental side, just the way you work through a race weekend. The way you focus, the way you focus on your own performance, the way you work with your engineers, taking it step-by-step. I think that was the main thing for me, learning the most optimal way of working through an F1 race weekend. It’s very different to say GP2 where you only get one practice session and you need to be on it in practice one and then it’s straight into qualifying. In Formula One it’s a lot different the way the weekends are. With three practice sessions you have time to build up to everything. Also you have to accept that not every session will be fantastic but what is important is on Saturday afternoon and on Sunday. So I think that was the main thing that I unlocked last year. I was working hard over the winter to stay fit and also on the mental side. I went into this year and I think I kicked off in the same way I ended last year, had a really good first half of the year - if we don’t look at the last few weekends! - so I’ve been happy with the way things have been going.

On those last few weekends, Felipe’s form has also improved so do you think that contributes at all? You take confidence when you’re the leading driver but when that changes you have to try and kick on again?

Yeah, I mean it’s natural. He’s gained some confidence and I’ve had my two crashes which ruined both weekends because they’ve been coming at unfortunate times, happening in FP3 and then in qualifying. So it made both of my last two weekends before Germany a complete mess really. So it’s disappointing, I’m really happy Budapest was not the last race before the summer break so I could go to Hockenheim and do a clean weekend without any drama and go into the summer break feeling good again in a way.

Obviously wet conditions played a part in both crashes but was there anything else which contributed? Were you pushing harder or trying anything different?

No, I have been trying to analyse it as much as I can. I think Silverstone was unfortunate. You always look at what you could try and do different and I knew that the astroturfs were not dry and still I put half a wheel on it so it’s a bit of a silly thing to do, but I did. I think in Budapest it could have been anyone. We saw as well with the conditions both Massa and Haryanto did too and I spoke to Jolyon [Palmer] as well and he said ‘It could have been me, it was so difficult out there’. So I think the Budapest one is probably not too much I could do to prevent it happening due to the conditions. 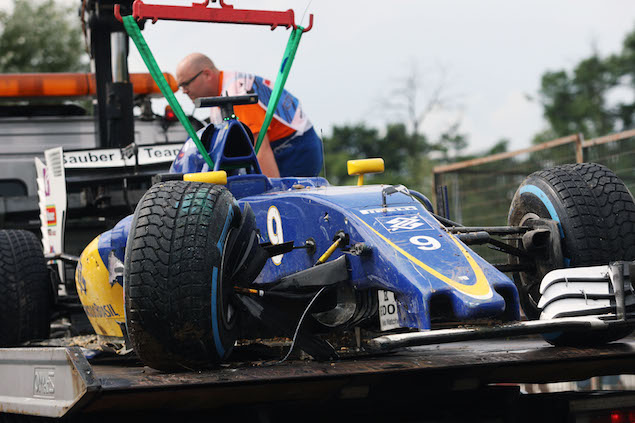 You say you spoke to Jolyon and I know you two get on well off the track. Do you feel it’s important to have someone you can benchmark yourself against who you have come through from junior levels with?

It’s nice, I’ve known Jo for a long time now and get on well as you said. We spend some time together outside of the track as well. In the race and in the car you don’t really think that much about it to be honest. If I end up wheel-to-wheel with him I know that we can have a fair fight, that it will be tough but fair. So that’s the good thing when you get to know people on track as well, you know what you can expect from them and have a good fight.

We’ve talked about your form this year but obviously the team’s situation has changed recently. How difficult was it at times this year when the future was uncertain?

It was difficult for everyone with the late salary payments and also the lack of development. It was just a very difficult situation and you could feel that with the atmosphere in the team. Both on track and in the factory I think people were getting more and more frustrated and people were not sure about what was going to happen with the team and if it was even going to survive. That just made it a bit negative, that was the feeling. For me as a driver I had been with Caterham when it was going bad so for me it was just important to focus on my job anyway and I think I did that in a good way. Of course now it feels a lot better when everyone is more positive, it’s like a big relief in the team and it’s just an easier environment to work in for me as a driver as well.

The weekend Caterham stopped racing, you had a deal with Sauber by the end of that weekend. Did you start looking around at possibilities for next year when the situation was bad here?

Yeah my management is constantly looking at other options and speaking to other teams. I think that’s normal and it’s important that you do it to see what’s happening. I think for me as a driver you just want to be in the best material possible and whether that’s with Sauber or with other teams we have to see. But for sure we keep in contact. 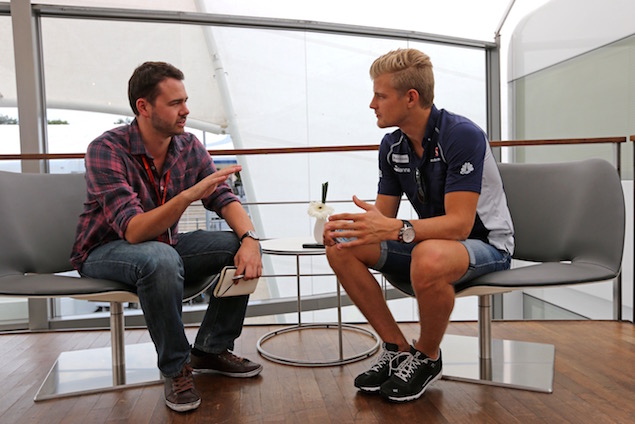 I guess with the new owners this looks like a better place to be for next year?

I think for the team Sauber will be hopefully getting stronger and stronger now. They have got something for the future which is looking a lot brighter. I can’t say a lot, we’ll have to wait and see, but I think it’s a much better option than it was looking two months ago, let’s put it that way!

Do you know much about the new owners?

No. Not really. It’s a Swiss investment company as much as I understand. They seem pretty serious about it but I don’t know much more than that.

When you’re thinking about your long-term future though, do you look at how serious the backers are to know what is possible for the team?

Yeah, I think as it is now everything is quite new and I don’t think many people in the team know much about what they want. All that I know is that it seems like they are very serious about it and what to make this team good and profitable as well, with the whole business. I speak to Monisha a bit about and she seems really positive and thinks it is really good. I trust that and that’s the main thing.

If the money is very serious then I imagine you won’t be alone in wanting a seat here. So what do you have to do over the second half of the season to make sure your future is your choice rather than the team’s choice?

I think if I can perform on the same level as I have done in the first half of the year I should have a good chance. Maybe not like the last few weekends! If we ignore those two weekends, the way I’ve been performing before that I think was really good and I just need to keep doing that. 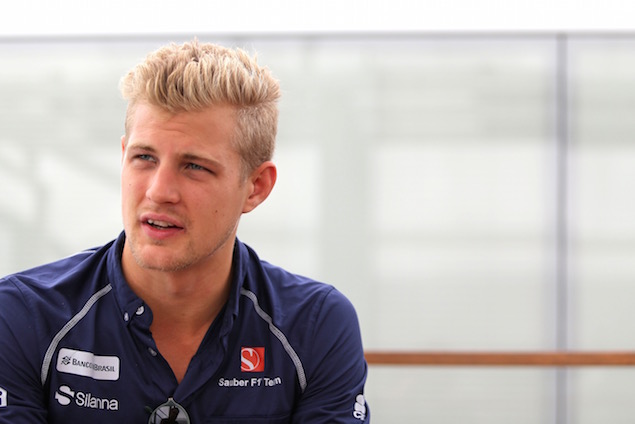 At Caterham you had something similar in terms of a difficult start and finishing the season strongly. Now you’ve started strong this year but had a dip, is it fair to say the one thing you search for most is consistency?

Yeah I know myself that I have the pace and I think I’ve shown that in the second half of the year over the last two years but I was really determined to start this season strongly and that’s what I have been doing. I have been performing on a good level. I think it’s difficult as always in Formula One when you are in a car that is not good enough to fight for points because people are not noticing you as much. It’s more difficult to show what you can do and show your skills so that has been one thing, I felt like have been performing really good but maybe not everyone has been noticing that. Hopefully in the second half of the year if we can get some updates on the car we can be a bit stronger and fight for points again. If that’s the case I’m sure I can show what I can do.

Will you be looking to match that form from the first half of the year or do you think you can improve on that?

I think I can improve. The last few weekends have been really bad and we cannot afford to do it like that. So I need to perform like I did in the first six or seven races. If I can do that then it will be really good, with hopefully a car improvement as well.

What do you think you can achieve with Sauber if you stay beyond this season? Especially with the new owners, how far do you think the team can go?

I don’t see any reason why Sauber can’t be successful again. Successful means fighting for points consistently and better things. Force India have shown that they can score podiums with a small team and small budget and I don’t see why Sauber cannot do the same. So I think there is good potential here. I think the facilities they have in Sauber is really amazing - they have state of the art facilities - and now with the new owners they will use that for the development of the cars more. So I think there is a good future for Sauber.