Sunbeds, beer and Taylor Swift: is Eric Silbermann already on holiday? Has he had too much sun? 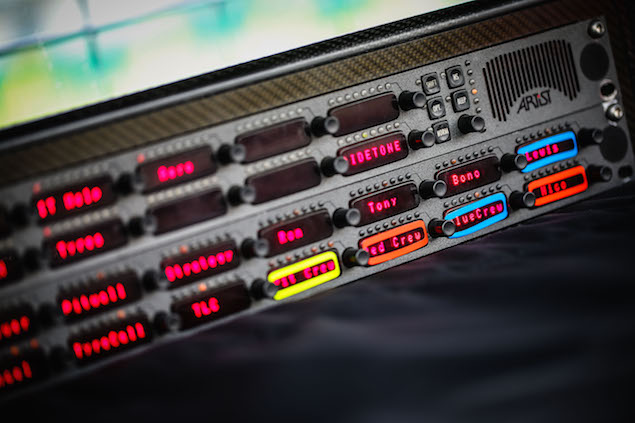 “Lex malla, lex nulla” said St Thomas Aquinas, sharp and to the point as usual, or “a bad law is no law” for those of you who pulled a sickie the day they were teaching Latin down the Comprehensive.

It’s a phrase the people currently tinkering around with the Formula 1 regulations might like to consider, possibly while trying to remove suntan lotion from sunbeds around the pool of the villa they’ve been lent by a dodgy oligarch, in return for some motorsport-related favour.

Once the break is over, we have nine more races this season and it would be wonderful if we could simply concentrate on the racing and the battle for the championship, rather than wonder what this weekend’s rule change will be. I can remember many years when the sport has been rocked by scandal and controversy, but I cannot recall a season like the current one, where the qualifying procedure changed from Race 1 to 2, the radio conversation restriction “rule” was invented and then uninvented in the space of a few weeks, with the same reason given for annulling it as was given for imposing it in the first place and I have given up trying to following the track limits rules, which appeared to change on an almost hourly basis. I find it frankly incredible that the world’s most expensive sport is run like some junior school debating society, where he who shouts loudest carries the day, until someone comes along and shouts louder still.

Actually, the rise of the track limits penalty combined with the return of the open-mic night approach to pit-to-car radio means we get to hear an entertaining comparison of how drivers react to the news they’ve been penalised, which seems to be setting the FOM blasphemy bleeper man an interesting challenge. My own solution is as simple as it’s draconian: impose the same rules as in tennis, when the ball goes outside the white line, you lose that point and in an F1 car, you have to come down the pit lane, no questions asked, no three strikes and you’re out routine, just an automatic drive through. 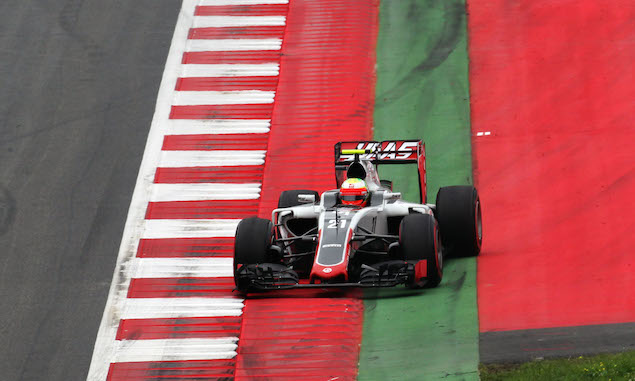 The constant rule changing has also had to fight for its share of the negative headlines with the ‘Halo’ affair.  My old mate Thomas Aquinas was often depicted with a halo around his head, but currently it’s a more famous religious figure whose name is evoked when discussing the safety device, as in: “Jesus, that’s ugly!”

Listen, we can each argue our point of view on head protection until we’re blue in the face, but it will inevitably be fitted to all single-seaters in the very near future. However, the scaremongering doing the rounds regarding what might happen legally if a driver sustains a head injury or worse in 2017, because the head protection has been delayed until 2018, is just ridiculous. I ran this past a friendly barrister – that’s a barrister who hasn’t invoiced you yet – and he reckons there would be no case for litigation in the event of an injury next year, based on the fact that F1 is a sport for open-wheeled, open-cockpit cars and those taking part are fully aware of that. The Bianchi family’s decision to go to court over Jules’ death has made everyone jumpy, but that's no reason to rush through a safety device regulation that then has to be rescinded after a couple of races, when some unexpected glitch is discovered. We’ve had enough rule changes for now thank you.

I’m looking forward to the rest of the season, which involves visiting some of the greatest and most historic tracks on the calendar. However, I am also looking forward to something brand new, namely the arrival of Heineken who will be pouring beer and money all over the sport from now on, starting off in their role as title sponsor for the Italian Grand Prix. Let me be clear on one point: I don’t care about their product, I drink about ten beers a year, most of them at the Malaysian GP, where our local restaurant doesn’t serve wine. However, the Dutch brewer has proved remarkably effective at promoting not only itself, but also the sports in which it’s involved. Formula 1 lags way behind most other sports in its use of digital media to generate revenue, but Heineken will have none of it and will hopefully drag our sport into the homes, onto the TV screens, onto the tablets and into the phones of a whole new audience. And a bigger audience should eventually mean a better show at the circuits, maybe a better value show for the racegoer.

According to their most famous ad campaign, “Heineken refreshes the parts other beers cannot reach” and it clearly worked on Bernie Ecclestone’s speech writer, who got his boss to say: “Heineken is a premium international brand with a super reputation for first class marketing… I look forward to the scale and quality of their activation at, and away from, F1 events. We are both in the innovation and enjoyment business and I hope that this is the start of a long and special relationship.”

Later on this year, thousands of “Swifties” - the name given to Taylor Swift fans - will descend on the Circuit of the Americas to watch the sassy songstress perform her usual poison-penned ditties about her ex-boyfs. It’s her only gig of the year, so this is a very hot ticket. To attend, the fans will have to buy tickets to the Grand Prix. I doubt many of them have much interest in Formula 1, but in theory, a couple of years down the line, if Heineken works its magic, music fans might actually turn up, happy to watch a Formula 1 race, knowing something about it and possibly cheering for the Haas team and its American driver. Yes, I know, I need a holiday…