You can run but you can’t hide. Eric Silbermann tracks down interesting people and forces them to have breakfast with him.

Back in 1994, when newspapers took copy by dictation, it was quite the joke du jour among we hacks to write about a certain Simtek driver by saying over the phone “and Mimo Schiatterella (that’s normal spelling) failed to finish.” It’s a line that might be applied to today’s breakfaster and Force India’s Chief Operating Officer, Otmar Szafnauer. It sounds like a very posh breed of dog and who knows, perhaps there’s a variant known as a Miniature Szafnauer.

When I looked your name up on LinkedIn, I was surprised to find four entries.

They’re all me, I did it four times before I got it right!

Your family background is very interesting so give us a quick run down.

From what I understand, in the late to mid 1700s, my dad’s family came from Baden Wurtenburg in Germany. I don't know what possessed them, maybe government grants or maybe they were run out of town, probably the former, because they were giving land away in Hungary, Austria and Romania for people to migrate, so the four Szafnauer brothers decided to go, some to Austria, to Hungary and one of them went as far east as Romania, although it was Hungary at the time until the border changed.

After the Second World War, Romania was handed over to the Russians, became communist and you couldn’t leave any more. By this time my great grandfather, who was a blacksmith thought he’d make some extra money and went from Romania to New York. This was in the late 1800s, at a time when there were no cars so he worked as a blacksmith. My grandfather was born over there in Pennsylvania (is nothing about Otmar easy to spell?) until at the age of 14, when he moved back and lived in New York.

My dad was born in Romania but inherited the American citizenship from his US-born father. He’s a kid during World War 2, but his dad never comes back – not killed. He ended up in New York while my grandmother spent five years in the Russian mines after the war. My dad had a disdain for communism and wanted to leave Romania but they would never let him out. He tried to escape in 1971, was caught and went to prison. In the meantime Nixon came to see Ceaușescu and did a deal allowing all American citizens living in Romania to leave. So, when he came out of prison he was given his American passport and allowed to go and that’s how we ended up in Detroit. 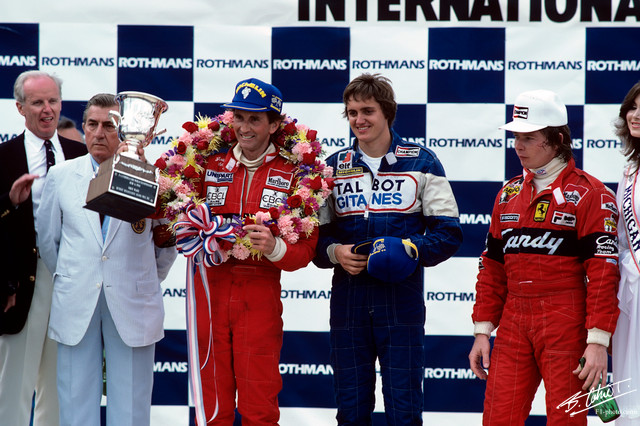 We arrived in ’72. I went to the first Grand Prix in Detroit (1982) as a fan. We lived north of Detroit after my father took just two years to buy a house in a middle class neighbourhood. It was all new and everyone moved north after the riots and the city expanded. It was typical America, it was great. From the junior high school onwards it was a horse farm and then that got swallowed up as the land was developed. What I liked about those days was when you were 16 years old and you got your first car, and went to drive-in movies – my first car was a $500 Chevy Impala. It had a massive boot so we’d hide six or seven kids in the boot, drive up and you only paid for the people in the car, paid your $2.50 and everyone piled out of the car to watch the movie. I remember two summers like that, just brilliant.

I’d say you’re an engineer who is also an entrepreneur, would that sum you up? You came into the F1 orbit when you met Adrian Reynard at Ford. That led to you being part of the BAR team as it started up in ‘99. We still remember Adrian was going to…

What did you think about that? Did you throw up your hands in horror?

No, but I wasn’t convinced, because I knew Formula 1 was a bit special and hard, but there was part of me that wanted to believe it, only because Adrian won the first race of every category he entered, even IndyCar. Then we had Malcolm Oastler who I think is absolutely brilliant, as the technical director, although I don't think he quite understood the challenge: he did from a technical perspective but I don't think he understood it from a labour market, human perspective. You can’t put 250 people together in one year and have the best, it just doesn’t work that way.

We had Andy Green as chief designer, who is now the technical director at Force India. I had faith in them and as it turned out, the car was quick; it didn’t win anything in that first year, as a matter of fact it didn’t score a point. But at that time, sixth place was the last points scoring position. We finished seventh many times. The car’s Achilles Heel wasn’t that it wasn’t quick, because we qualified as high as fifth and ran as high as third, but it always fell apart with reliability issues. A little bit of that, not all of it, was because of the Renault engine, whose vibrations would destroy the back end of the car. The next year we had a Honda and in Year 2 Race 1 we finished fourth and sixth in Australia, not so bad.

Then they, Niki Lauda and that lot, sacked him, the week before I was due to start, at a time when I’d been on gardening leave for six months

You did three years there and then nearly ended up at Jaguar with Bobby Rahal.

Ford owned the Formula 1 team and they wanted a familiar face to run it and they knew Rahal from IndyCar. So they recruited him, but he told them he would not give up his IndyCar team. The difficulty was that Rahal was flying across the Atlantic and back to the States every week, so he decided he needed a safe pair of hands back here and that’s when he recruited me. He took me on as Chief Operating Officer: “You’re always going to be either at the races or at the factory,” he told me. Then they, Niki Lauda and that lot, sacked him, the week before I was due to start, at a time when I’d been on gardening leave for six months.

Yes, it was, but a week before I was due to join, they said “don’t come”. So I had another few months off extricating myself from that three year contract.

Wow, your garden must have been fantastic, like some sort of Capability Brown creation.

It was really nice: I lived in North London at the time, it was great, a great place for gardening.

What came next? The Honda project?

Yes, I was extricating myself from the previous contract and I went to Spa, just as a punter to see what was going on and Tanaka-san (Soichi Tanaka, Honda’s F1 boss at the time) said, “Keep in touch, we may need you”. And it was at the time when Honda were thinking about buying into BAR and he thought that if Honda bought into that, he needed someone who knew the team internally. Then when they went and bought into it, he asked me to become Vice-President. And I was there for seven years. 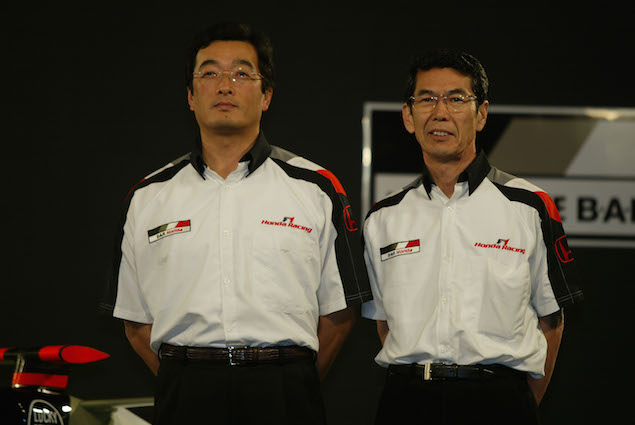 It’s quite rare for a “round eye” to hold such a responsible position within Honda.

I got on amazingly well with Tanaka-san. Honda has its ethos of open plan offices everywhere. So I got to HRD and it was all open plan except for Tanaka-san the President, who had his own office. I thought that was odd and on my first day he said he wasn’t sure where I should sit. There was a smaller office across the hall from him and I suggested that. I came in for Day 2 and in his office, right next to his desk was another desk. “You’re sitting there” he said. I could barely squeeze between the two desks. I thought this would be a disaster. If I got indigestion, I couldn’t even burp with the President next to me, my boss! I can’t call my wife to discuss what we’re having for dinner.

As it turned out, we sat next to each other for five years – it was great and I learned a lot from him. I knew everything he was doing, except if he didn’t want me to know something and spoke in Japanese. But I pick up languages quickly and I could understand what he was on about. We respected each other. Working at Ford I had developed great respect for Japanese engineering and their processes for building cars. We always tried to emulate what they did, with continuous improvement with statistical process control. I was in manufacturing, so we always looked to see how the Japanese – not the Germans – were doing it. Because of that, I gained a big respect for the Japanese Way well before I came to Formula 1.