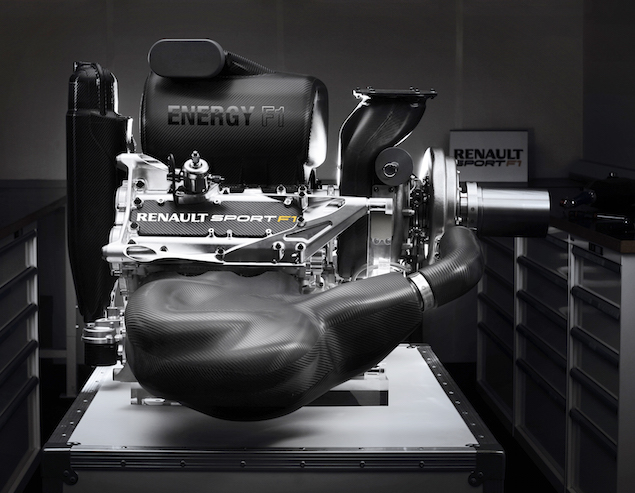 While F1’s Technical Regulations have been left largely intact following last year’s major overhaul, the same can’t be said for the Sporting Regulations, which have been subject to some push and pull over the past year as ideas about how to sex up the sport have come and gone, and in particular how certain aspects of racing needed to change in response to Jules Bianchi’s accident at Suzuka last year.

One change, though, stands out above all others, and it’s by virtue of the fact that it doesn’t actually feature in the 2015 regulations.

That omission, of course, was any reference in the Sporting Regulations to power units needing to be homologated during 2015, a small but glaring error that has caused uproar among F1 teams.

At then end of all the wrangling the solution, eventually contained in technical directive 004/15 is that “[development] tokens (32 in this case) may be introduced at any time during the 2015 season”, with 2014 power units (including modifications made through last season on the basis of reliability, safety or cost-saving) being viewed as admissible under the same criteria until such point as team sees fit to homologate, if at all.

The technical directive also includes provision for Honda to develop its new power unit in a similar albeit slightly more restricted fashion. The manufacturer is being asked to homologate its new PU by the end of February, as Renault, Mercedes and Ferrari had to do last year. However the Japanese marque will then be allowed a certain amount of development, based on the number of tokens still available to the other manufacturers at the beginning of the season.

With Renault recently admitting it has blown the lion’s share of its token budget for this season already, it remains to be seen how many tokens will actually be awarded to Honda for 2015 development and the manufacturer had already said it still has a problem with the technical directive’s suggestion.

Power units are also subject to another restriction this season – in number. In 2015 each driver will only get four engines to last the whole season, down from five last year. That could prove tough for some towards the end of the season, though the power units are likely to be more reliable this season.

The downside, according to Red Bull Racing’s Christian Horner, is that some teams may limit Friday running in order to preserve engine life, which would act as a massive disincentive to anyone thinking of shelling out for a three-day ticket.

The penalties for over use of PU elements are also changing. The replacement of a complete power unit will no longer result in a penalty. Instead, as specified in the current regulations, penalties will be applied cumulatively for individual components of the power unit.

* More than 20 grid places untaken: A penalty under Article 16.3(d) will be applied.

Article 16.3(a) provides for a five-second penalty. This was introduced by the FIA in 2014 for minor racing infringements and was branded a major success by race stewards, who felt that it punished a driver but didn’t serve to ruin his race. In light of this the 2015 rules also now provide for a 10-second penalty for more serious infringements (Article 16.3(c)), to be taken in the same manner as the five-second penalty. If the penalty is imposed in the final three laps the penalty does not have to be served but a 30-second time penalty will be added after the chequered flag. Article 16.3(d) provides for a 10-second stop-and-go penalty while subsection (d) allows stewards to apply a discretionary time penalty. 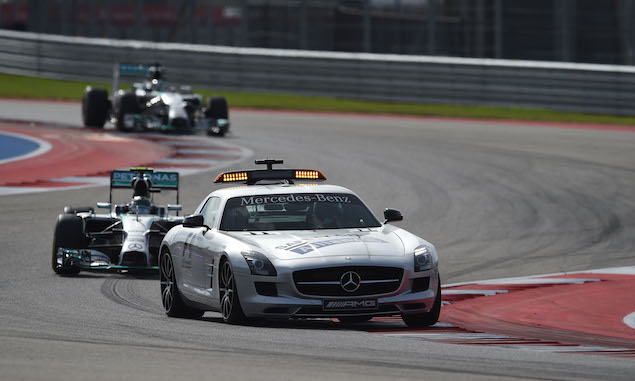 The other really big change for this year is the provision for use of the ‘Virtual Safety Car’, variants of which were trialled in practice sessions at the final three grands prix of last year following Jules Bianchi’s crash in Japan.

The system provides for a speed limit to be imposed around the track with the new regulation concerning its use reading: “The procedure may be initiated to neutralise a race upon the order of the clerk of the course. It will normally be used when double waved yellow flags are needed on any section of track and competitors or officials may be in danger, but the circumstances are not such as to warrant use of the safety car itself.”

The Safety Car rules are being changed. As was the case in 2014, lapped cars may unlap themselves behind the safety car; however, the safety car will no longer need to wait until those drivers have caught up with the rest of the field before leaving the track. Instead, the safety car is free to pull back into the pits on the following lap after the last lapped car has been waved through.

In the event that a race is suspended for any reason, cars will no longer form up on the grid to await a restart but will pull in to the pit lane.

The parc fermé rules have changes as well, now being in place from the start of qualifying instead of third practice. In another tweak to the parc fermé rules, Article 34.2 now states that if a team changes a part under parc fermé conditions the replacement must be “similar in design, mass, inertia and function to the original”.

We’ve got the usual complement of pre-season tests but whereas last year two of those took place in Bahrain following the teams’ concerns over poor weather at the 2013 pre-season outings, this year it’s now specified that these tests must take place in Europe. This has been done as a cost-cutting exercise. Of course, with Azerbaijan soon to join the calendar as a European Grand Prix, the definitions of the continents borders is something of a movable feast.

In terms of in-season testing we’re down to two from four in 2014. This year’s will take place at the Circuit de Catalunya in Spain and at Austria’s Red Bull Ring directly in the week after the grands prix in those countries.

A number of other small changes have been made. In further penalty news if team personnel or team equipment remain on the grid after the 15-second signal has been shown prior to a race, the driver concerned must start the race from the pit lane. A 10-second stop-and-go penalty will be imposed on any driver who fails to do this.

The unsafe releases have also looked at and from now on a 10-second stop-and-go penalty will be imposed on the driver concerned.

This year teams will also be forbidden to take fuel out of a car or to add to the fuel load while the car is on the grid; and finally a new rule alters the countback rule in the event of a race being stopped. It now states that “should two hours elapse before the scheduled race distance is completed, the leader will be shown the chequered flag when he crosses the control line at the end of the lap following the lap during which the two-hour period ended.

There are also new curbs on wind tunnel time, with teams having to nominate one wind tunnel to use for the season.