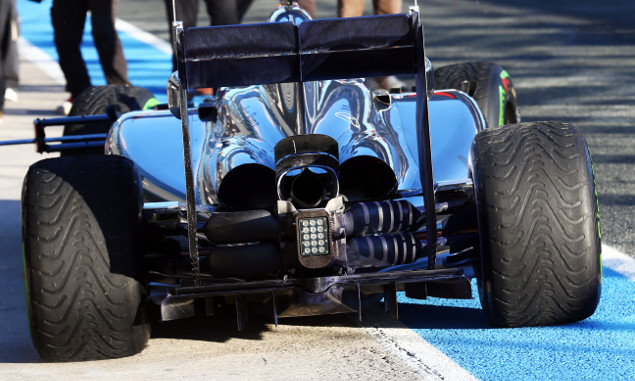 Following on from last year’s seismic changes in Formula One’s technical regulations, 2015 was never going to a year of massive alterations to the rules, especially considering that teams are still dealing with the shockwaves of 2014’s changes.

That doesn’t mean that the FIA has been idle, however, and the 2015 regulations feature a number of changes aimed at raising safety standards, shaving off a little cost or in some cases curbing the enthusiasm of F1 engineers for stretching the wording of the rules beyond acceptable tolerances.

Here are the big ticket items introduced for 2015…

First up in that regard is the inclusion of the ban on front-rear interconnected suspensions systems that were effectively outlawed by the FIA ahead of last year’s German Grand Prix.

The effect of last year’s ban was varied, with some teams largely unaffected and others such as Lotus and Marussia complaining that the loss of a system that was integral to the design of their cars affected them badly. Indeed this year’s Lotus E23 features a completely redesigned system, with technical chief Nick Chester testily saying: "In terms of the suspension, we were delivered something of a blow last year when the front-rear interconnected suspension was outlawed mid-season. The E23's suspension design is specific to the updated regulations so we're not trying to update a system originally intended to work a different way.”

The reason behind the ban? At the time the suggestion was that it was seen as a way of potentially pegging back the dominant Mercedes team, whose car was alleged to fundamentally rely on FRIC. The other rumour was that outlawing the system (designed to even out ride height) would result in more cars bottoming out and thus giving F1 viewers the sparks of old. According to FIA insiders the truth was simply that the accent being placed on the aerodynamic value of the system had simply got out of hand, plus getting rid of it would prevent the teams spending fortunes on finding more of that good, good aero stuff.

Elsewhere the big change for this season involves new regulations for car noses. Last year’s the FIA brought in nose dimension regulations aimed improving safety in the event of a collision. The 2014 rules were thus very specific in terms of what was allowed and not. F1 design engineers – being a fundamentally aesthetically disinclined bunch – followed a design imperative that stressed the most efficient shape and thus our eyeballs were last year assaulted with a variety of fairly hideous creations that ranged from the comically anthropomorphic (the various anteaters) to the frankly prurient in the priapic shape of Caterham’s.

Those offences against beauty have been addressed with a new set of nose regulations that are even more specific, with the dimensions of the nose defined at a variety of points along its length, again to increase safety along the line first desired when the rules were brought in. The new definition will probably result in greater uniformity of design but at least we won’t be spending the next few weeks looking through books of fauna for new names for F1 cars. 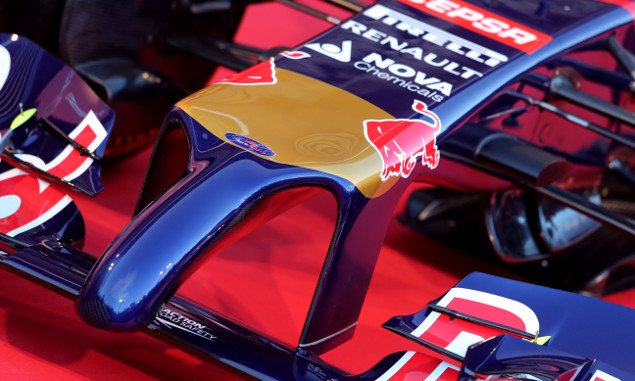 The trouble with the new nose regs is that they have apparently caused designers numerous headaches, with Williams Technical Director Pay Symonds saying: “The new front bulkhead and nose geometry had much more of an impact than we had initially anticipated and the effect on the aero was profound. The team have worked hard on pulling back the deficit these regulations have made for us.” The answer seems to have been to keep a small proboscis on the end of the FW37’s nose. Then again they say size doesn’t matter.

Last year’s rules governing gears were fairly strict, with teams being asked to nominate a set at the first round in Melbourne and then being given the option of switching to a different set once in the season, with the caveat that any new set would need to be raced for the remaining rounds.

That dispensation was only included for 2014, however, and has now been removed, so the gear ratios that are used in Australia will have to see the car through to Abu Dhabi.

One change that will be welcomed by drivers who like a sneaky chocolate bar now and then is the raising of the minimum weight.

The weight of cars was lifted from 642kg to 691kg for 2014 in order to make allowance for the extra weight of the new power units, especially the batteries. The elevation proved insufficient for some however, with the Ferrari PU reportedly being particularly heavy, causing problems for the Maranello squad and also for customer outfit Sauber. The problem afflicted everyone to a greater or lesser extent, however. Weight had to be shed from somewhere and the simplest solution was to reduce the size of the drivers. It led to some crash dieting and lurid reports of drivers being hospitalised having eaten nothing for days in the run-up to races.

For 2015 the minimum weight was raised initially to 701kg and then at last December’s meeting of the World Motor Sport Council in Doha increased by another kilo. That should allow even the tallest of drivers to down the occasional fig roll.

Last year the FIA introduced new side impact protection regulations to minimise episodes of intrusion into the monocoque in the event of t-boning or oblique angle impacts. The rules were based on studies of accidents such as that involving Robert Kubica at the Canadian Grand Prix in 2007. These areas have been further tightened in 2015 with the Zylon panels demanded last year for the sides of the car being extended up to cover the rim of the cockpit and alongside the driver’s head.