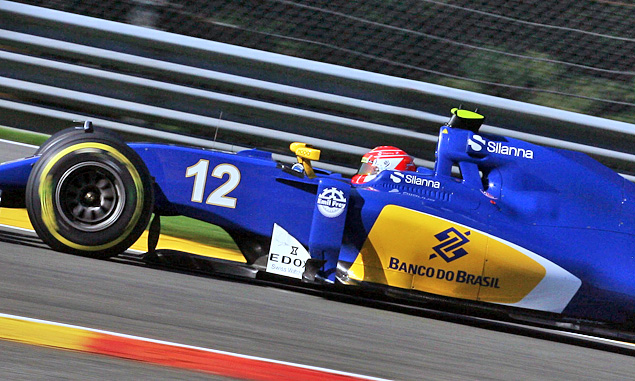 In terms of results the two last grands prix cannot be considered worthy for me. In both, after practices and qualifying below par due to electronic glitches, I managed to do just one competitive lap. But even with that apparent setback you must believe me when I say that these problems are helping us sort out the whole equation.

At Spa Sauber came forward with the new front wing, and through the clouds of all the difficulties we have been facing we could see there is good weather coming soon. The car improved a lot and we were able to be much closer - and sometimes even better - than the pack fighting for the top 10 positions.

The team had made such an effort in giving us the updates that we had to put our head down and test, test, test.

The front of the car is much more responsive and it suits my driving style of carrying more speed on the approach to corners. The sum of it all shows that in my first (and only) lap of the Belgian Grand Prix, I managed to get to 11th place before a puncture caused from the debris on track after the chaotic start not only forced me to stop, but also destroyed the extractor from my car. The flapping rubber from the tyre managed at the same time to wreck the undertray of the car and right there we lost 20 points of downforce.

The race was ruined as far as the final result was concerned, but even so we continued to gather data and understanding about the behaviours. The team had made such an effort in giving us the updates that we had to put our head down and test, test, test.

With this good first impression, we went to Italy for the second grand prix of the week. 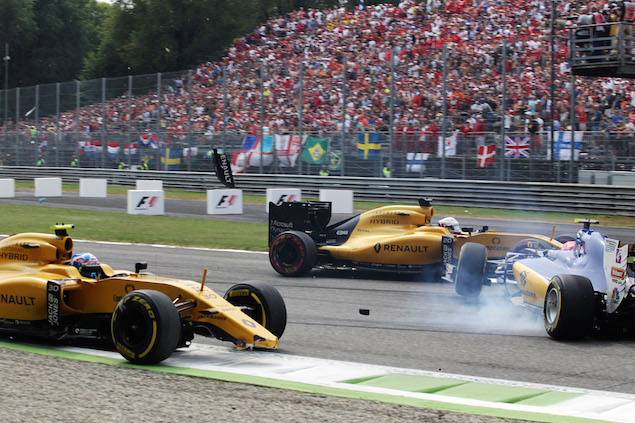 We found Monza as enthusiastic as ever, which suited the whole spirit at Sauber a lot. We had a similar weekend again, the new updates showing their worth in between some little misfires that  didn’t let us fight for Q2. But the confirmation of the newfound performance was there, the work to put the rear end of the car more to the liking of the new front end was very good and as I said before, we are working together - drivers and team - and the effort is paying off.

Once again at the start I managed to gain some positions and was happy minding my own business at the start of lap 2 when “bang”. At the exit of the chicane after the front straight my race ended. I was unjustly penalised for something that I was not aware of. Anyway, as in all confusing situations, we always learn something and I have to avoid being too near certain drivers at all times.