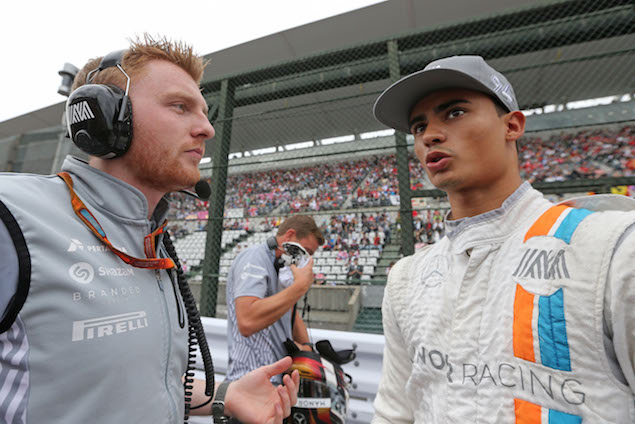 Engineer: "Can you get going?"

Wehrlein: "Can they push me?"

Wehrlein: "Wait another 10 seconds. I think they are coming."

Wehrlein: "Yeah, one second they are coming."

Engineer: "They are not going to push you out Pascal, turn the car off please. We need to for temperature. Turn it off now. OK, Pascal, car off. Car off, now! Car off, Pascal."

After Wehrlein got stuck in the kitty litter during free practice, he and his engineer had this heated exchange of views over the radio. Presumably the conversation involved some ruder language when it was resumed back in the paddock.

“I play that game every winter… obviously during the year but particularly in the winter, so to have got the call with the opportunity to be a part of it, I was like – absolutely. A friend of mine that plays with us, he had no idea… well, he might read about it… but I haven’t told him yet that I’m in the game, so when I’m playing him in the winter and he sees me on there, he’s definitely going to lose it a little bit.”

It’s quite sweet that Lewis Hamilton thinks there’s a chance his gaming mate won’t know that the World Champion is a character in the latest “Call of Duty.” 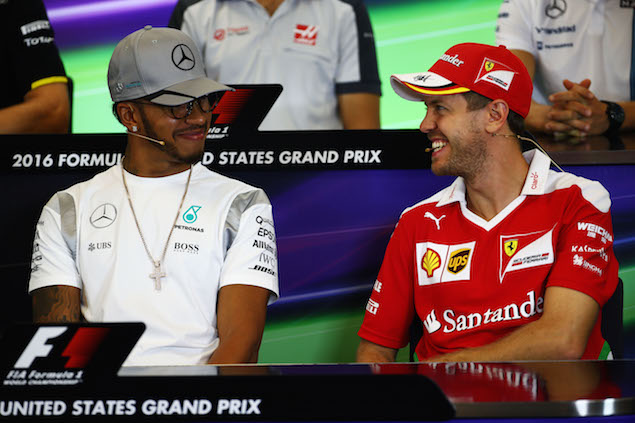 Hamilton: “Some of the races I’ve won this year, I’ve been listening to Prince, even before his passing.”

Vettel: “What, during the race?”

Hamilton: “No, no, before the races, you know?”

Sebastian Vettel was a bit confused in the Thursday press conference, thinking Lewis Hamilton listened to Prince tunes on his car radio during the race.

“No, I didn’t mean that actually. It just came naturally, a couple of seconds after the pass, I was just pleased with the move on him, just came out.”

In the Thursday press conference, Nico Hulkenberg was asked why he said “see you later” on the radio in Japan, after passing Valtteri Bottas.

Vettel: “Why would you want to see him again, though?”

Mr. Vettel was clearly in an inquisitive mood during Thursday’s conference, not only muscling in on Hamilton’s musical tastes, but quizzing Hulkenberg about his comments. Good to see drivers paying attention, even when it’s not their turn.

“I’m not here to finish fourth.”

Max Verstappen’s instant T-shirt slogan when advised from pit wall that he should look after his tyres during the race. 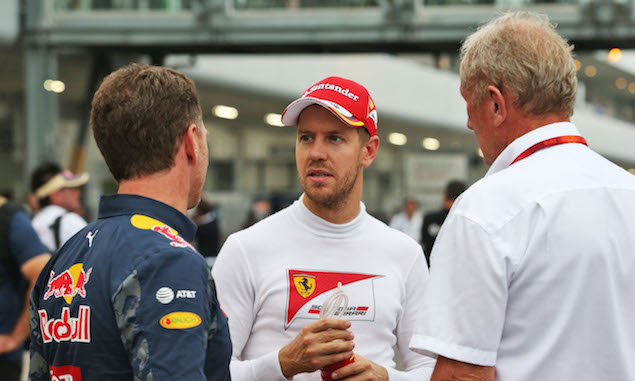 Vettel on why it is hard for Ferrari to make big steps forward, clearly enjoying his week in the land that gave the world Disney

“How did that taste? Bit of toe-jam and Red Bull?”

Hamilton’s question to podium MC, to Gerard Butler, after Ricciardo had made the teetotal actor drink his sponsor’s product out of his shoe. Possibly one of the most disgusting cocktails known to man.

“I responded to him with an insult, like ‘you motherf****r, you caught me but you shouldn’t have!’ Just having a laugh because we had a lot of fun, and for him to get P5 with that McLaren … Very pleased.”