It took Ayrton Senna until 1991 to win his home Grand Prix. But what looked like an easy and casual Sunday drive from the outside was in reality a heroic effort by the great Brazilian. And one which many view as the greatest moment of his career. 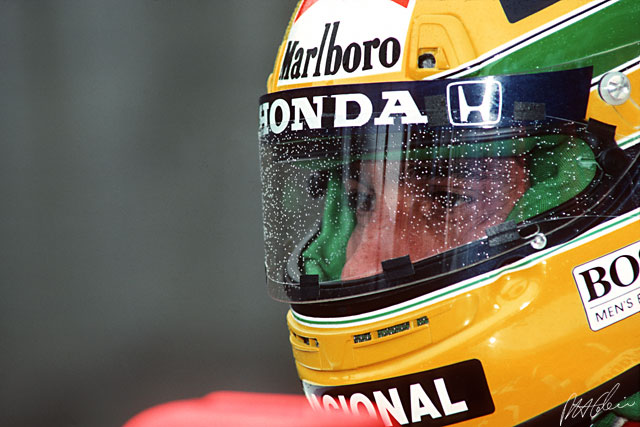 The 1991 Formula 1 season had kicked off in early March in Phoenix, Arizona, and McLaren's Ayrton Senna lost no time in asserting his authority, the defending world champion enjoying a lights-to-flag victory before heading to his home race in Sao Paulo.

Oddly, for all his might and two world titles achieved in seven years, Senna had never won in Brazil and felt absolutely compelled to make sure this unusual deficit was corrected once and for all as it was, after all, a question of national pride.

Race day dawned warm but somewhat overcast with, as often was the case at Interlagos, the risk of a downpour sitting on the horizon. Senna's perfect start saw him streak away however at the head of the field, the Williams duo in tow while Berger tumbled with an engine issue. 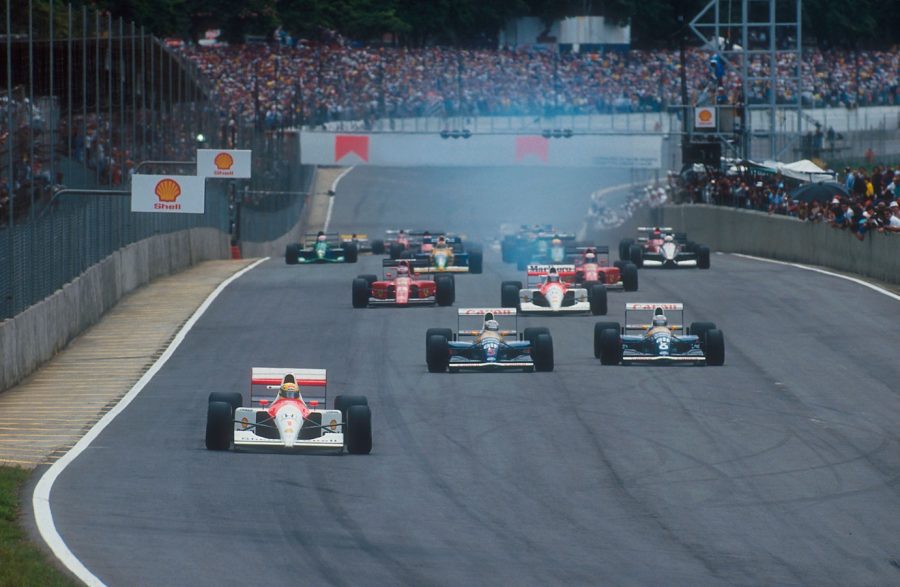 As the opening laps unfolded, Mansell appeared as his nearest challenger, pitting on lap 25 to gain an advantage on fresh rubber but enduring an agonizingly long halt when the Williams new gearbox refused to let him pull away.

Up at the front, Senna pitted but rejoined in the lead in front of Patrese, Berger and Alesi. Eventually, Mansell inherited second when the aforementioned trio changed its tyres, pulling out all the stops, much to the worry of an entire nation, and progressively reeling in the red and white McLaren up ahead.

But just as everyone felt that Senna would be denied once again a victory on home turf, Mansell suddenly arrived in the pits with a puncture. He rejoined and resumed his charge, but with just 12 laps to go, the Williams' gearbox suddenly slammed into neutral and then into second, pitching the unfortunate driver into a spin and out of the race. 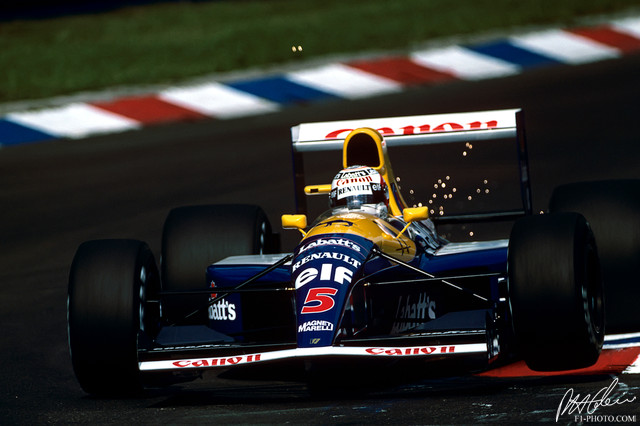 Mansell's loss was the Brazilian crowd's gain as the fervor and excitement in the grandstands tripled in volume at the sight of the British drivers' demise, and the prospect of Senna finally breaking his duck while enjoying an uneventful last leg run to the checkered flag.

Indeed that is what Senna himself probably had in mind until the McLaren's own gearbox started to give up the ghost. In a handful of laps, it lost every single gear in its transmission but sixth, suddenly setting up second-placed man Riccardo Patrese in a prime position for victory as he took out a chunk of seconds out of Senna's lead with each remaining round.

In the interim, the clouds sitting earlier on the far horizon had made their way to Interlagos and, as Senna's God played his hand, the heaven's opened up in the closing stages. 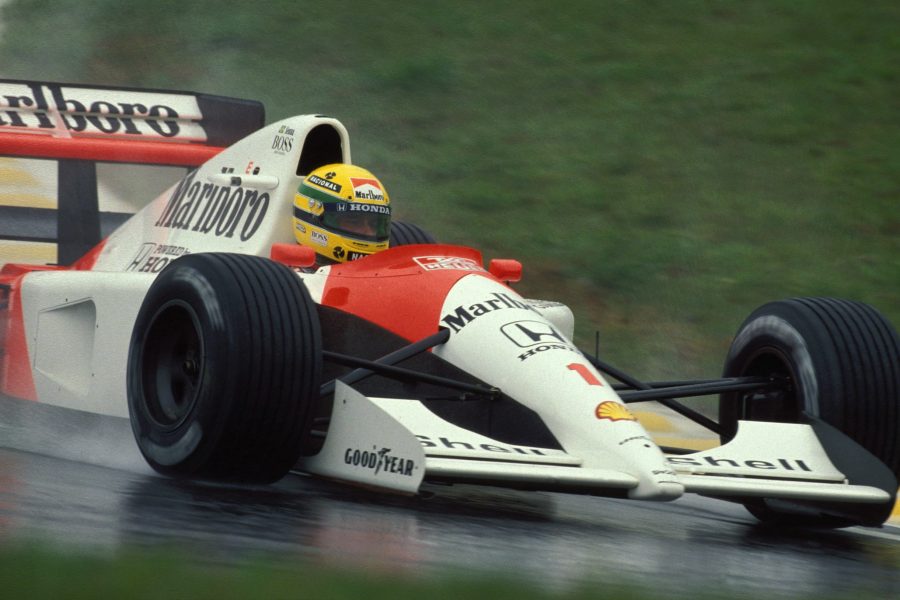 Senna's gap with Patrese stabilized but the Brazilian gestured frantically to officials as he crossed the line with two laps to go, seeking a premature halt to the race, but also to the harrowing physical pain which had emerged as a result of driving as fast as possible a car stuck in its tall sixth gear.

In the end, the day's victor crossed the line in a burst of screaming relief, but the long awaited triumph had come at a huge physical cost. The celebratory sambas had broken out but Senna was so exhausted and drained that he required help to lift himself from his car.

On the podium, the incessant clamor instilled just enough energy to enable Brazil's favourite son to lift the gleaming trophy above his aching shoulders. It had been a magnificent triumph however, and perhaps the greatest moment in Ayrton Senna's extraordinary career. 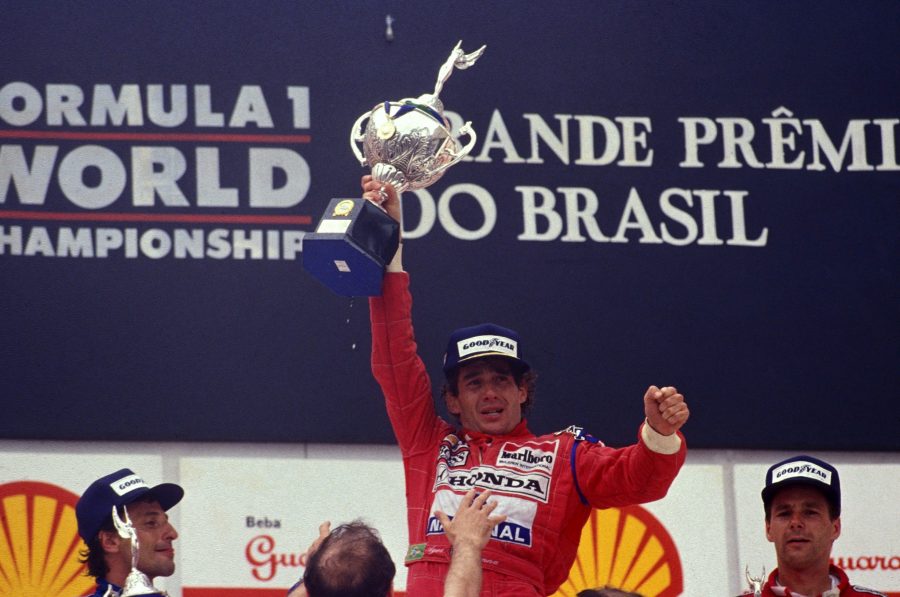 Fernando Alonso: Why F1 is no longer just for heroes