Formula 1 has established a basic blueprint for the sport's future power unit that is scheduled to be introduced in 2026. But we traveled to the past to have a look at some of Grand Prix racing's most disastrous engines. Here's our Top 10.

From weird architectures to poorly engineered designs, Formula 1's history features many curious but completely off the mark engines.

We have scoured the archives to bring the hapless stories of ten failed power plants. 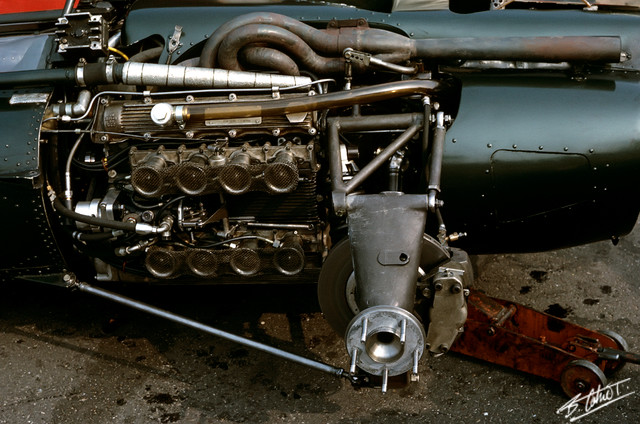 No one knew what the BRM engineers had imbibed when they came up with their P75 engine for the 1966 season, and only its miraculous win thanks to Jim Clark and Lotus in that year's United States Grand Prix saved it from free-falling in our rankings.

A proper white elephant, the engine was basically two P56 BRM 1.5-litre V8’s placed on top of each other at 180 degrees and connected by a pair of crankshafts. Unsurprisingly, the unlikely H16 weighed in at a massive 555lbs!

While it had honourable power, it was as fragile as peanut brittle. So frail was it, only Clark was able to finish a Grand Prix, but he did in style at the Glen.