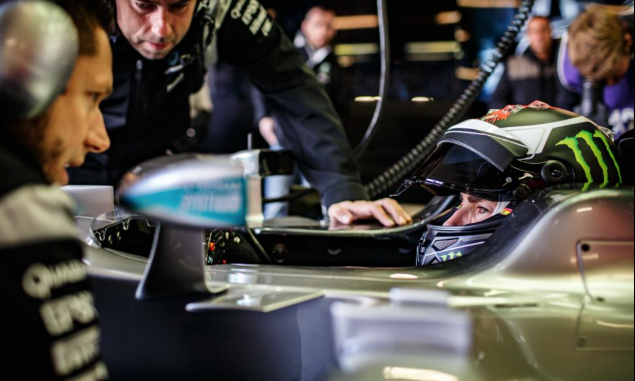 While Mercedes is now focusing on finding a replacement for Nico Rosberg, earlier this season it got the chance to run a multiple world champion in one of its cars at Silverstone. The difference here, was that he doesn't usually race on four wheels…

Three-time MotoGP champion Jorge Lorenzo tested a Mercedes W04 - the car which took Lewis Hamilton to the 2014 title - and was, by his own admission, surprisingly quick. So F1i caught up with the Spaniard in Abu Dhabi to learn more about his passion for F1, how his test went and where he stacked up compared to Nico Rosberg in the same car…

Has it always been a dream to drive an F1 car or something you’ve only wanted to do since racing yourself?

“It has been a dream because I always liked the cars and I always followed the sport since 1998 when [Michael] Schumacher and [Mika] Hakkinen were fighting for the championship. I started watching it on television and always followed Formula One. There is no better machine than MotoGP in motorcycling and there’s no better machine than Formula One in the car world. So to be able to try both is a thing very few people get to do, almost nobody.

“I used to follow Hakkinen a little bit more because most of the people seemed to follow Schumacher so to do something different I followed Mika a lot. I liked his style. But then when Schumacher was at Ferrari in his last years and when he came back I followed him quite a bit, and also Fernando [Alonso] I am friends with. For me he’s one of the fastest and most complete drivers on the grid.” 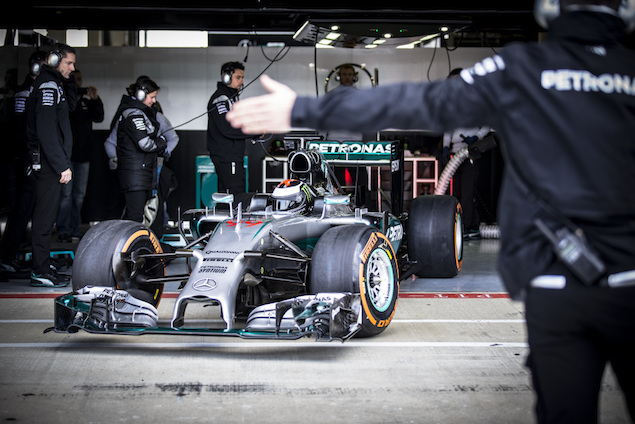 How did the drive come about?

“It was a great experience because I had the opportunity to drive F2 two days before, then I moved to the Mercedes factory and I tried the simulators, and then the next day I tried the F1 car at Silverstone. So it was an amazing experience. Especially to see the factory, it was an amazing factory, so many people, so much technology in there, and then to try the Formula One car is very extreme. The way you can brake, how fast you can go in fast corners especially, the downforce, the grip, it’s just unreal.”

How did you find your day in the simulator?

“The simulator was much easier than I expected, because I expected the car would be much more slippery or that you can lost control of the car much more easily. But I found a car in the simulator that has so much grip and I could go flat out almost everywhere. So they had to put it like in the wet to feel a little bit like losing the grip in the car, because in completely dry conditions I had so much grip and could easily be very quick.”

Where do your skills from MotoGP cross over and help when you're in the car?

“Then to be consistent for an hour and a half race or to always be on the same lap time is another story. Or to find that last second. This is very tough. I think it’s easier for a MotoGP rider to jump into Formula One than the opposite.” 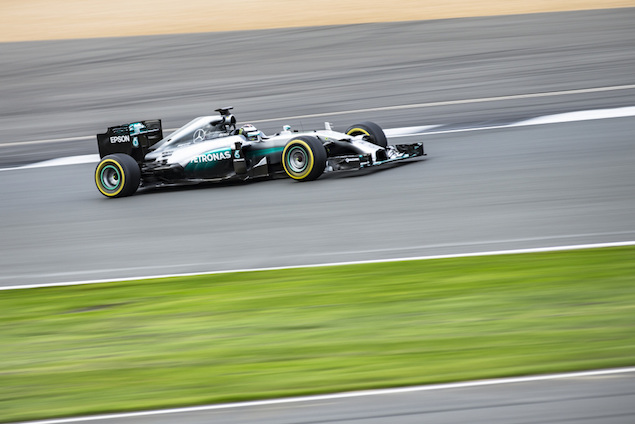 If you go past the limit in a car you run wide, but if you do so on a bike you fall off…

“Yeah, one of the most difficult things in a Formula One car is that the steering wheel has so many buttons. This is very difficult to understand and to play with all these buttons you need a very long process. Then also it’s difficult to have the confidence that that car is going to stick in the fast corners, because your brain tells your feet to go flat out but your feet don’t want to do it! That’s one of the difficult things because you cannot imagine how fast you can go in this type of corner with a car.

“Then the other difficult thing is that it’s one thing to just make one fast lap on new tyres, but it’s another thing on old tyres with much less grip to do 60 laps more or less on the same pace.

The first time you drove out of the garage, were you nervous? In MotoGP everyone trusts you 100% and has hired you to ride for them, but here was a group of people you don’t really know entrusting you with their car…

You race at Silverstone, so did the direct comparison between F1 and MotoGP at the same track make it difficult?

“Yeah. For example, the gears. In Formula One you have eight gears, on the bike we have six. In the fast corners you are in sixth or seventh gear in an F1 car and on the bike you are in third gear or in the slowest one you’re in first gear, so it’s a big difference.

“It’s a completely different world. You are much closer to the ground so this gives you the feeling that you are much faster. On the bike you are higher, so even if you are faster on the straight you have the feeling that you are slower. When you are on the straight, the body of the car is touching the ground and you can feel it. On the bike you brake 200 metres before the corner, with the car you brake 50 metres…” 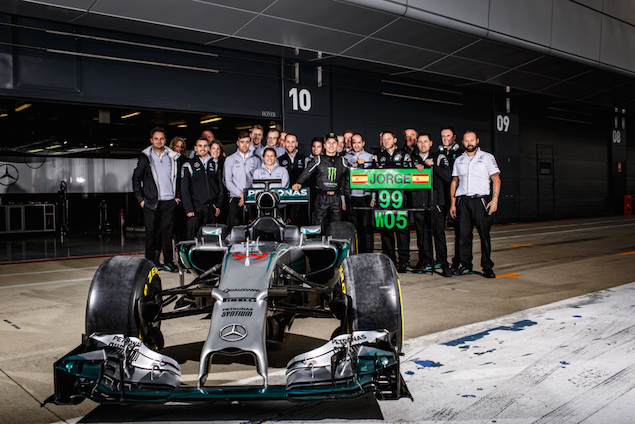 Were you as quick as you hoped?

“I was surprised. I was surprised because I started ten seconds slower than the time Nico did in the winter. It was different conditions of course because I was in the summer and the track was perfect. I don’t know which tyres Nico used or if there were some wet patches on the track, but I ended the day faster than the lap time of Nico. So the team were impressed and I was really, really impressed. Anyway, I’d like to see Lewis on the same day with the same car as me. For sure they will be faster than me but to be able to arrive near their lap times made me proud because I only had one day of experience.”

So what’s your next step with cars?

“In life you have to concentrate on one thing. It is impossible to do two, three or four things really well in life. Or to be specialised in so many things. I still have a lot of things to do in the motorcycle world, mainly to try to win with Ducati which is a very special challenge and a very hard challenge. Then when I retire, I don’t know what can happen. If I can do more car races in touring cars or single seaters, who knows? But for sure, to be a Formula One driver in the future is almost impossible.”