F1i tests out a virtual reality headset from Virtually Live, which has partnered with Formula E to bring fans closer to racing from their own home 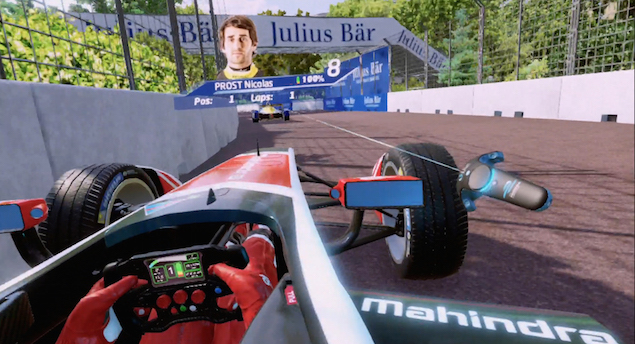 New F1 ownership - well, the ongoing takeover at least - has brought with it anticipation about the future of the sport. A media company will help develop F1’s digital offering, find a way to appeal to younger fans and make the most of new technology.

Whether those claims are true or not, it’s worth looking below the surface at what actually is going to be on offer to the likes of Formula One - and other sports - when it comes to the fan experience. One of the most exciting developments is in the form of virtual reality (VR).

Teams are already exploring such technology, with Mercedes developing the use of augmented reality in its garage experience. While that is great progress, there is a company looking to take its VR product to the masses and is working towards doing so with Formula E.

Virtually Live is developing technology to provide a VR experience for fans within their home, transporting you to the circuit and providing so much more than simply looking at a television screen or laptop. For the casual fan, it’s a fun, interactive way of following a race, while for the hardcore it delivers multi-screen access and the ability to follow the race the way you want to.

The technology was on display during the Sports Matters conference in Singapore this year, and F1i managed to have a play. 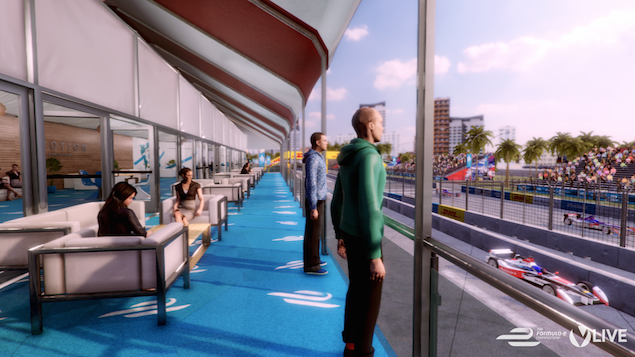 Firstly, it’s very weird to put on a headset and lose sight of your surroundings when you know you are being watched by a room full of people. Fortunately, as part of your initial set-up, the room is scanned to prevent you walking firmly into a wall or similar. It’s an important point to make, because to make the most of the technology you are going to be moving around.

The Formula E race I’m getting to watch is the previous year’s London ePrix, and I start off in the Emotion Formula E Club. I’ve always wanted to know what it’s like to follow a race from hospitality, but seeing as the champagne isn’t real (sorry, there are some flaws…) I quickly head out to the balcony to take a look over the pit lane.

To move is surprisingly easy. Yes, you can walk yourself but you may need a full-size track replica to make that work. A remote control - used to select multiple options during the VR experience - allows you to simply point and click using a trigger to move yourself to another area of the screen. From there, wherever you look around, the view follows.

Now, while it might seem a little gimmicky to be standing on a virtual balcony, or walking down the virtual pit lane to call up information on the cars you can see in front of you - all done by pointing the remote at them - these are just the peripherals. Where the technology really comes into its own is when the race starts. 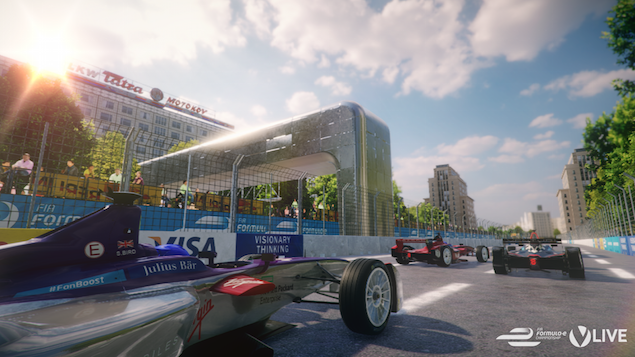 With Virtually Live you can jump between cars at will, putting yourself in the cockpit of any driver as the race plays out. Yes, you’re watching a representation of the race, but it is rendered thanks to the live Formula E telemetry. Plus, you can simultaneously bring up the live TV feed in front of you to see the action in real time, and the race commentary is also featured. Another very cool touch is seeing exactly what a driver sees on his steering wheel in real time as you jump from car to car, so you can compare modes and energy levels, or even driving styles if that takes your fancy.

It’s addictive technology as I found myself constantly moving cars as I heard the commentators talking about exciting battles elsewhere. Typically, I jumped out of Oliver Turvey’s car just a matter of seconds before Jack Nicholls proclaimed the NextEV driver had stuck it in the wall. Just imagine the possibility to ride on-board with Max Verstappen throughout those final 16 laps in Brazil…

Further viewing points are available all around the track, so you can become your own TV director and either follow the race by moving from corner to corner, or you can stay in one place as a fan would in a grandstand and watch the race unfold in front of you.

Once you’ve worked out where everything is housed and got the hang of the remote control, you can quickly access information like the leaderboard and car information, while just pointing the remote at any car on screen will provide the details about that driver in the race.

As interaction between users is also now possible - with fans able to chat with each other from anywhere in the world - Virtually Live really does provide the opportunity to enhance the race experience for those not able to be there. Add in the potential to replace the race graphics with actual live pictures and it is proof there is so much more motorsport can do to bring fans closer, and it can do it soon.