Manor faced some cynicism after only running one car at a time during the Malaysian Grand Prix weekend. After the race, sporting director Graeme Lowdon sat down with F1i to give his response as well as discuss the team's progress so far. 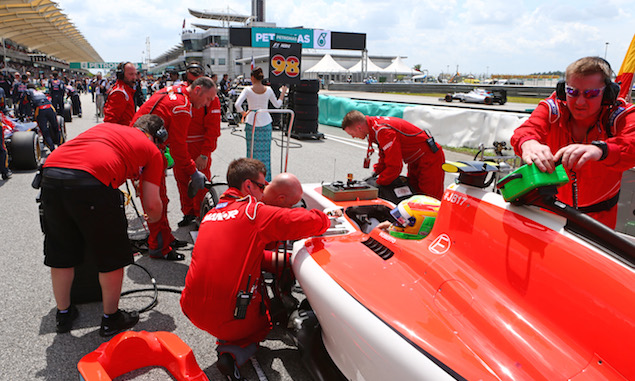 You must be happy to have got the first race distance under your belt at the first weekend the car ran?

“We’ve faced a very unusual situation as a team which is we’re rebuilding the team at the same time as we’re now racing in the championship. It wasn’t so long ago that all the equipment here and the cars looked destined to be sold off at auction and they’re now engaged in a significantly more honourable task and that’s supporting the infrastructure of a grand prix racing team and all the jobs that go with it and everything else. So it’s actually a really nice feeling to see progress and something positive. It’s a positive thing. It’s very, very clear that grand prix racing is highly technical and extremely difficult and it’s not easy to race these cars. You can see that up and down the pit lane, there’s some of the best brains and best resources being deployed in the task so we know how difficult it is. I’m really, really pleased for everyone in the team that we’re making progress and I hope that continues as well in to China and Bahrain and the rest of the season.”

What did you make of Roberto Merhi’s debut?

“Actually I think he did a really great job. In the same way that we have had a start to the season which has entailed having to manage all sorts of things which we hope are one-offs, he’s also had an unconventional start to his grand prix career in that he’s had to get up to speed without much mileage and without the benefit of pre-season testing. I think he did a terrific job. He did a really great start, I thought his race pace was really good actually and I wouldn’t look too much in to the gaps at the end because once you cycle back in to the blue flags and looking at where we were with regard to the other cars it didn’t make a lot of sense for him to be pushing too hard to minimise time lost under blues. You get cycled back so quickly it’s incredible, but I’m pretty sure once the engineers start looking at everything I think they’ll see quite a lot of progress within the last day or so. We shouldn’t underestimate the challenge, the team is still recovering from a fairly difficult period to say the least. So I think we shouldn’t underestimate the challenge that we’ve all got - the drivers, everyone in the garage and ourselves - but equally I think the whole team has done a really terrific job and hopefully the same momentum will carry through to China.” 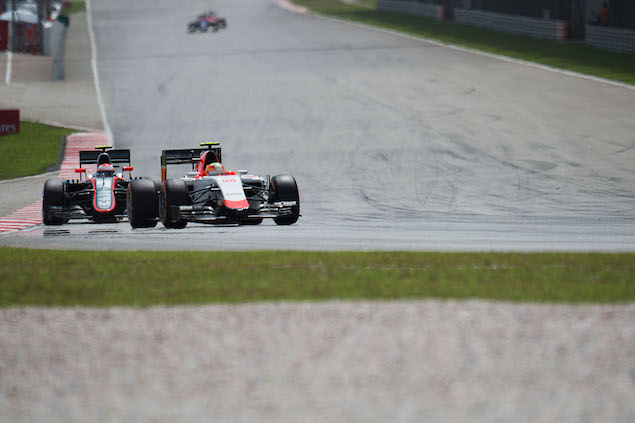 How close was Will Stevens’ car to being ready?

“It was really quite difficult. We looked at lots of different ways to try to solve a problem, as you do. I don’t know the full technicalities but how it was described to me there were two or three different ways which it could be potentially solved and we went down each of those avenues but there was a showstopper somewhere. We weren’t able to get out and that became apparent in time for us to notify the stewards before the one hour mark and we felt that was the sensible thing to do. We’ll regroup on that car, we didn’t have the same problem on the other car so I’m fairly sure - touchwood - that there will be no repetition in China. We’ve got to recognise that we’ve got a grand prix finish under our belt but we’ve got to keep pushing to get back to the stage we were at a few races ago if you like, and then build from that going forward.”

Is it also partly because you don’t have as many new parts and avenues to explore at this stage as you rebuild the team?

“Yeah, the options become a little bit narrower. They’re not closed off but they become narrower and each time you think ‘Let’s solve it this way’ then there’s a compromise there, or that would compromise us over here or then we’d potentially have a bigger penalty somewhere else. Quite apparently as the season wears on we’ll have more options available to us, but I think we explored the ones that were there and there were some sensible routes to go down but it was just going to be a step too far. It’s disappointing for Will because I think he did a terrific job on Friday and Saturday morning and he can’t wait to get in the car. So we’re just looking forward and looking ahead now.” 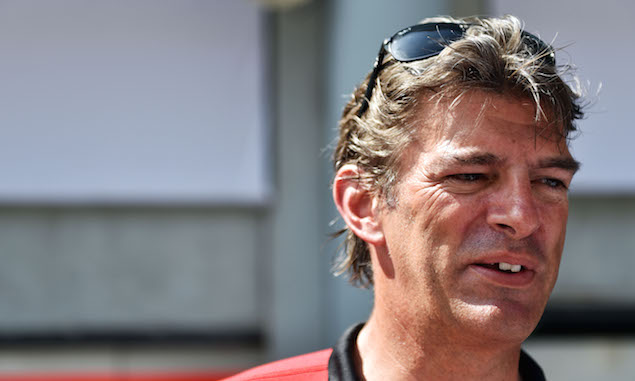 Some cynicism that only one car started after the way you approached practice. What is your response?

“It’s just nonsense, complete nonsense. There was a team on the grid that neither of its cars finished and you don’t hear conspiracy stories about whatever. It’s just complete nonsense. We’re a racing team and we want to run with both cars, if there was a way we could do it we would do it. If you look at the run plans that we had on Friday and Saturday morning - three sessions, so people are making these incredible observations after three sessions - you’ll see that we took each of the sessions steadily, as you would with a brand new infrastructure and systems and everything else we had. But we were perfectly happy with both the progress we were making - apart from the problem we had with Will’s car - and also the integration of everything within the team. Could we have qualified two cars? Yes. Could we have raced two cars? Yes. There’s absolutely no question about it. I’m not really sure what else we can say to people like that apart from what’s their point? I just don’t get it.”

You mentioned another team, if you look back at Australia and how few cars started that race I guess it’s a sign of how tough it is…

“It really is difficult. We’ve got a really good bunch of people and they desperately want to be racing. There’s no ulterior motive, we’re here to race. We know we’re going to have to play catch-up but considering where the team was only a couple of months ago you would think, or you would hope at least that people can see that this team has a respect for the championship. We do. We want to be in the championship, we have every right to be in the championship. We were ninth in the world championship last year, we beat two other teams, and we’re here to race. There is no other ulterior motive. Why would we not want to run two cars? If you look at Melbourne it was absolutely gutting to not be in that race because there was a real chance to be there or thereabouts whilst other teams were having some problems. So it’s nonsense to think we would come here and not want to be in the race, there’s just no logical sense. I just don’t understand some of these people.” 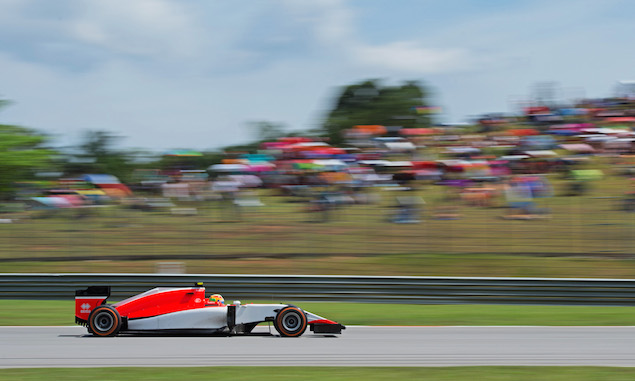 If you look at Ferrari’s progress, does it push you to want to get your new car ready more quickly in order to get that power unit?

“It’s very easy to start getting greedy isn’t it! I’m delighted for Ferrari, they’ve worked hard and hard working skills should be rewarded and they’re getting their rewards. I’m absolutely delighted for everybody there, they’ve been an incredibly good partner for us so it’s really great to see the people that you know and have dealt with for some time getting the success that they deserve. They ran a great race, made some good decisions, both drivers actually drove really well. Obviously we follow our own race so it’s always a little bit tricky to know exactly what’s going on but I saw that Raikkonen had a puncture early on but he was right back up there. Him and his crew have done a great job there, so I’m guessing that it’s a pretty happy camp there at the minute. They’ve been incredibly supportive of what we’re doing, so it’s nice to see the skill and hard work getting the rewards that it deserves.”

Still looking at the mid-season break for the new car?

“There’s quite a lot parameters including the mid-season break because we can’t do anything! That’s exactly the kind of discussion that we’ve had. There are so many parameters, when would the ideal time be? I tell you what, it would have been January 2015. That would have been the ideal time and there was a point last year when we were on schedule for that. So there’s a lot of parameters, it’s not clear yet what is the optimum. There was even talk this weekend of a change in the number of engines this year so that changes our thinking again. So there’s a lot of work being done on it at the moment so we’ll see, but what is clear is that there are quite clearly some performance rewards down that avenue. So it gives us something to evaluate.”

How Ferrari kept it cool in Malaysia