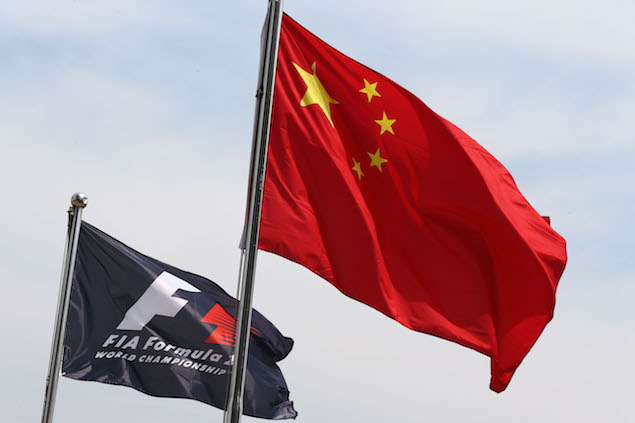 When I was young and the world was in black and white, China was a confusing and mysterious place. Why did the man in the butcher’s shop call me “my ol’ China?” – Answer, because it’s Cockney rhyming slang, China Plate equals mate, why was Dresden in China and why did my grandma have her everyday China and her best China?

Fast-forward a few decades and F1’s maiden visit to Shanghai proved the country was still just as hard to understand. For starters, the first time we went there, the Chinese GP was back-to-back with Japan, where we were used to being hosted by the most polite nation on earth and here we were landing in Shanghai where everyone seemed very angry and went in for a lot of shouting and spitting. Then my photographer friend had the bright idea of taking the high speed Maglev train from Pudong airport to speed us to our hotel, except that the Maglev, fast and impressive though it is, doesn’t go anywhere useful. For those with a knowledge of London, it’s like getting a train from Heathrow Airport to go to Piccadilly Circus and finding the line ends in Chiswick.

When we did find our hotel that inaugural year, we were clearly the first “gweilo” the owners had ever seen and they were distrustful of three blokes sharing their best “holiday chalet” overlooking a stagnant pond. They were so suspicious that when it came time to leave on Monday, a policeman was present while the staff checked we hadn’t stolen any of the priceless items in the room, such as the nylon bed sheets, the 1970s TV set and the threadbare towels, or indeed the decade’s worth of body hair from the plug hole. 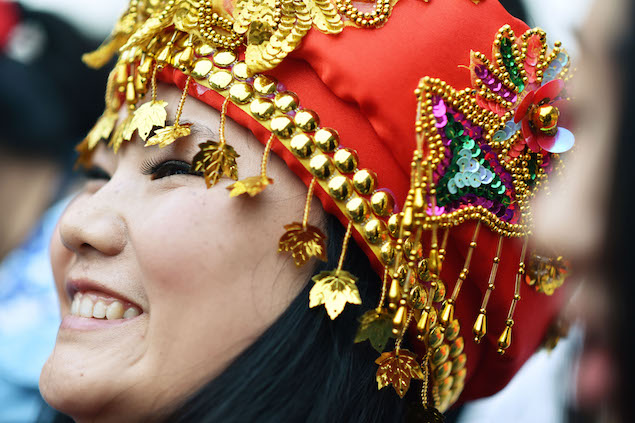 After our first year in the “Glorious Centre for Workers Relaxation Holiday Camp” we moved to a hotel called the “Galaxy”, which we soon realised featured a bar with lots of “pretty ladies” on its top floor. It proved surprisingly popular with the single members of the F1 community, keen as they were to discuss Ming porcelain and other topics with the girls. We also had a shock the first time we went for a meal here in that, unlike India, where curry tastes just the same as it does anywhere. But Chinese food in China is nothing like “proper” Chinese food you get everywhere else, so being contrary souls we actually had more Indian meals, having found a place downtown that did a delicious slow-cooked goat curry.

While the Maglev went nowhere, at least it felt safe, unlike any Taxi journey in the city. Driving standards are the worst I’ve encountered outside Delhi and many a taxi driver’s seat in Shanghai has the marks of my fingernails running along the top of it. After a while you learn to travel only in the rush hour, as this means at least the speeds are much reduced. The notion that the little red lights on the back of the car in front come on when the driver is braking is not mentioned anywhere in the Chinese Hi Wey Code.

As for the Shanghai International Circuit itself, the first time you come here, you realise that the English term, “a folly,” to describe some nineteenth century tower, or a dove coop in the shape of the Taj Mahal, simply cannot do the Chinese facility justice. The paddock is about the size of Luxembourg and, if rumours are to be believed, cost as much to build as that country’s GNP. If the track had been built in the 70s, when “normal” people were allowed in the paddock, it might have had a little bit more atmosphere than can be found on the planet Mercury, but in the current climate, where only the worker bees and the very richest of corporate guests are allowed through the swipe gates, the paddock looks as deserted as the Gobi desert on early-closing day: before Jean Todt became FIA president and was entitled to transportation on the gossamer wings of angels driving a chariot pulled by golden-maned unicorns, as Team Principal at Ferrari, he and his driver M. Schumacher Esq. would glide from team building to garage on motorised versions of a kid’s scooter. Hermann Tilke must have watched Fritz Lang’s “Metropolis” the night before he designed the megalithic track; either that or it was a case of the architect putting the measurements down in centimetres and the builders carrying out the work in metres. 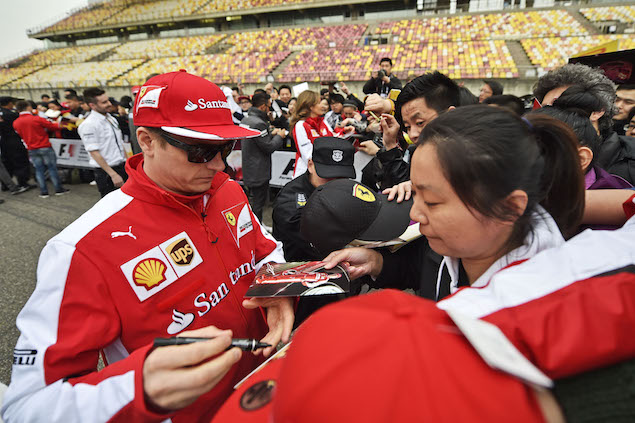 The track is interesting enough, but usually a pall of smog hangs over it, so that, either live or on TV, you get the impression you are at a Club race meeting at Silverstone in November. Ever since F1 went super-green last year, it’s even more ironic that we bring these clever low emission cars to the country with the highest emission rate in the world for greenhouse gases. I still remember the first race here in 2004, mainly because it produced one of the rarest events in Formula 1, namely a bad weekend for Michael Schumacher. Alright, maybe the day he broke his leg at Silverstone beat it, but nevertheless, all weekend long the German never seemed to get this place sorted and ended up starting from the pit lane. Perhaps it was just an off-weekend for him or maybe he was stunned by the news that his old friends at Jordan had dropped that great F1 talent Georgio Pantano that weekend, replacing him with the ever-invisible Timo Glock. The crowd figures were impressive that first year, as long as you didn’t look at them as a percentage of the Chinese population, but the sport has never really caught on here and despite the grandstand seats being painted in unusual colours, apparently to give the impression of being full of people, you can’t hide the fact it’s never likely to become a classic, although hordes of teenage girls wait to scream at Kimi Raikkonen when he comes through the Pudong arrival hall.

Anyway, I’m off into the heart of Shanghai tonight, a once a year must-do as the city itself is a fantastically exciting and vibrant place to be. Meanwhile, back at the track, the enterprising people from the fake market are hawking their wares outside the main entrance, offering watches and other useless tat. They also seem to like selling binoculars. I did buy some once, but even at maximum settings, I still couldn’t quite see the point of the Chinese Grand Prix. 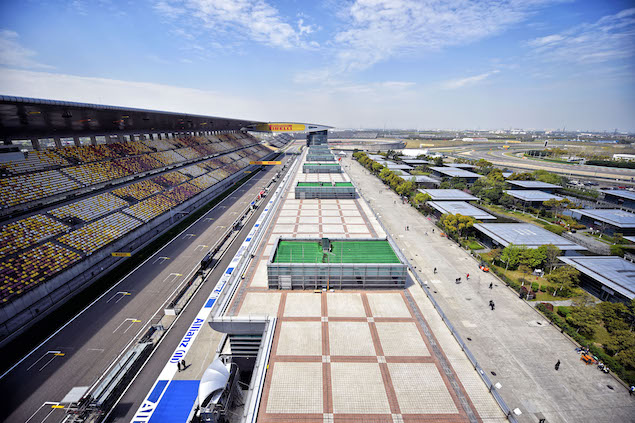