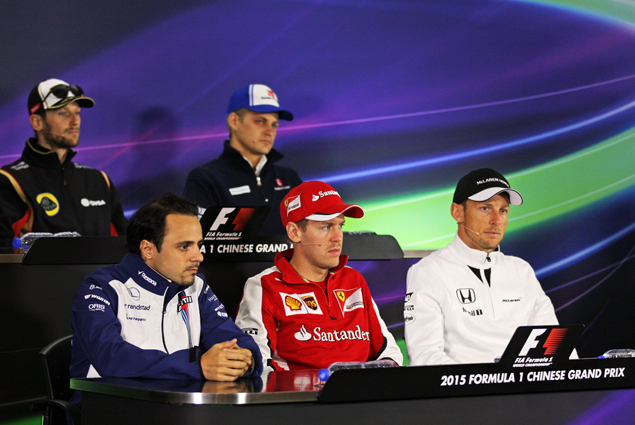 The Question: We saw really good pace from Ferrari in Malaysia. Is this pace for real and can you continue to take the fight to Mercedes?

SV: For here and for the next races, I think in general [at] the start of the season, things can be up and down. We want to make sure that there is quite a lot of up, not so many downs but it’s normal that some races you are more competitive than others, so I think that we managed to do a very good job in Malaysia but for here and for the next races we have to be realistic about what we want to achieve.

SV: No chance. I’m going to finish third. Valtteri will be fourth. Kimi, on the other hand, will start 8th and will climb to fifth by the end of the first stint. Then he’ll have a bad pit stop in which the team screws him badly, he’ll then get clipped by a backmarker on his out lap. He’ll drop to 17th and then spend the second half of the race racing back to fifth. I think I’m just going to call him Mark from now on.