With the Mercedes driver having blitzed the field - and his own team mate - since the start of the season, he appears as a formidable force, both on the outside and on the inside, with a fair margin of superiority over his rivals.

"He hit the ground running in Melbourne," commented Coulthard, "and everything we have seen since, including his victory in Bahrain on Sunday, is a happy, relaxed driver."

The Scot also referred to his own experience of co-living with a World Champion enjoying the wind in his sails.

"He seems to have developed the ability Mika Häkkinen had of being either unaware of, or unaffected by, whatever is happening in the media or the world around him, outside of driving his racing car and whatever his private passion is away from the race track."

Given the British driver's tendency to wear his heart on his sleeve, questions emerged over the winter regarding Hamilton's ability to remain focused on the job at hand in the aftermath of his split with former girlfriend Nicole Scherzinger. But Coulthard believes any emotional distress perhaps felt at the time has long since subsided.

"He's certainly now completely comfortable with who he is, right down to his own sense of style and fashion, which Mercedes are happy to let him express. There is a different aura about Hamilton this year. He seems more aware and connected than before."

Qatar unlikely but Azerbaijan is on 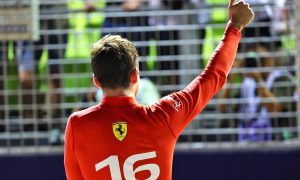