The street circuit features a number of long straights followed by big braking zones to allow drivers a chance to pass, but certain narrow sections make overtaking extremely difficult. With the city's Civic District undergoing redevelopment, the organisers have taken the opportunity to modify part of the track.

The chicane at turns 11 and 12 will be reprofiled, with the right hander at Turn 11 staying tighter to the left of the road as it runs to a less tight Turn 12 and stays on the inside of the Anderson Bridge. From there, the left-handed hairpin at Turn 13 has been widened to allow a better chance of overtaking.

Jonathan Giesecke - Senior Project Manager and Engineering Track Manager - will oversee the changes and believes they will improve racing on the Singapore circuit.

“It is a fantastic challenge to translate changes to Singapore’s Civic District into improvements to the Marina Bay Street Circuit. I expect the modifications from Turns 11 to 13 will enable closer racing and the potential for additional passing opportunities.” 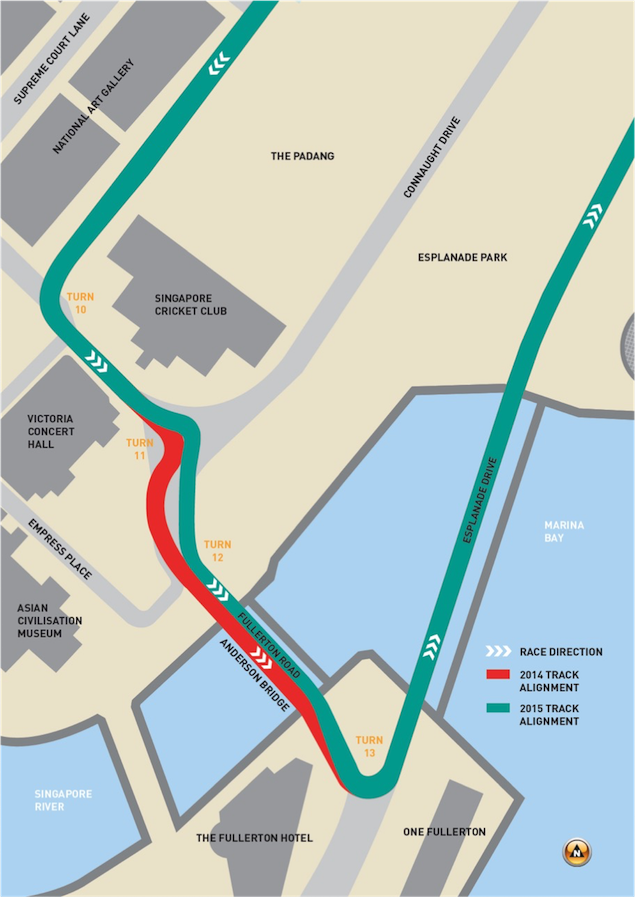 Hamilton had 'a nightmare' in Hungary - Wolff