Max Verstappen is now the fastest man around Zandvoort, having achieved a new lap record on Sunday morning during a demonstration run with an old-spec  Red Bull RB8.

Locals turned out in droves over the weekend for the Jumbo Race Days fan event, with their teenage hero demonstrating his skills as the highlight of the meeting.

Verstappen's lap around the historic 4.307km circuit in the dunes was a 1m19.511s, which bettered by a few tenths a time set some sixteen years ago by Luca Badoer in a Ferrari F2001.

"It is super to be here and driving the Red Bull Racing RB8", Verstappen told the fans on Saturday.

"The V8 engine makes a nice sound, that always makes it extra special. It is a slightly different car that I am normally used to, but with a better sound, so that is also better to use here.

"I know from my Formula 3 period that Zandvoort is a great circuit. There is way more grip now with the new tarmac. It is more comfortable to drive on, because there aren’t that many bumps anymore, that’s very positive." 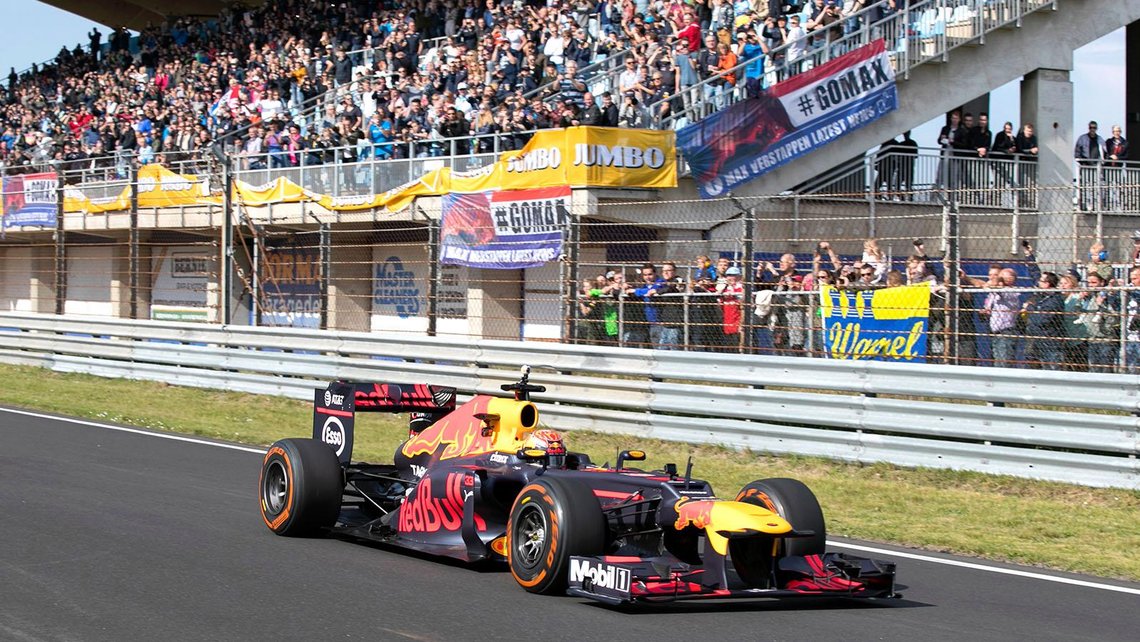 The last Dutch Grand Prix held at Zandvoort was in 1985 and was won by Niki Lauda.

The famous track's promoters are currently conducting a feasibility study on the eventual return of Grand Prix racing to the dunes of Zandvoort.

"If it was up to me, we would have it here already, the Grand Prix”, Verstappen said.

"Of course, that would be very nice, but there is more to it, like a budget and the infrastructure. A lot needs to be done in order to be able to organize this."