Here we go again. Grid penalties have wreaked havoc on a US Grand Prix starting grid which won't bear much resemblance to qualifying results.

Only the top five drivers will actually launch their race from their qualifying position, but the rest of field either moves up or down.

But wait there's more! Williams Lance Stroll and Haas' Kevin Magnussen have each been handed three-place grid penalties for separate impeding incidents that took place during yesterday's first round of qualifying.

Oddly however, both drivers will enjoy a net gain when they line up this afternoon on the grid. Stroll gains one spot while Magnussen moves up two spots by virtue of the fact that Hulkenberg and Hartley received bigger gird penalties.

For clarity, here is the provisional grid. 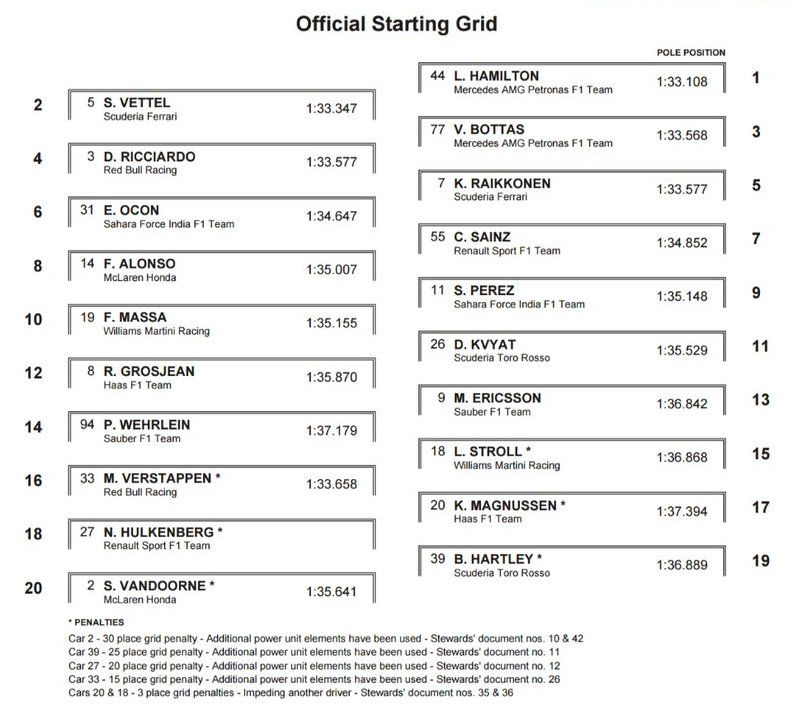 Where does Hamilton need to finish to clinch the title in Austin?

Under the weather Ocon may be in for a struggle