Fernando Alonso had a busy day on Sunday at the Bahrain International Circuit, where he was undertaking his first outing in a Toyota LMP1 car.

The two-time world champion said it had been "a great day" taking part in the official FIA World Endurance Championship rookie test.

"I think a test in an LMP1 is always a nice thing for any racing driver," he said after the end of the session. "These cars are amazing to drive and are very consistent in the stints."

He completed 37 laps in the #8 Toyota Gazoo Racing during the morning. The TS050 Hybrid had first been given an initial shakedown by Sebastien Buemi. Alonso's best lap before lunch was recorded at 1:43.709s

He then went on to complete nine separate runs during the afternoon session at Sakhir, completing eight- or nine-laps at a time.

On the first timed effort of the seventh of those stints, Alonso set what proved to be his best time of the day with a lap of 1:43.013s.

Alonso completed a total of 76 laps in the afternoon. That brought his tally for the day to 113 laps of the 6.299km (3.914-mile), 23-turn circuit at Sakhir in its endurance configuration.

His best lap was still over two and a half seconds off the earlier time set by Timo Bernhard. The German driver, along with his Porsche team mates Earl Bamber and Brendon Hartley, clinched the 2017 WEC title earlier this month in Japan.

But Toyota Motorsport GmbH technical director Pascal Vasselon said that fast lap times had not been the objective today for Alonso.

"A very good job, very disciplined. No spins, no off-track, no damage on the car, which is the first target we give," he summarised.

"We did not do any low-fuel run and we did not do any qualifying runs," he told reporters at Sakhir. "There was no trophy today to win. We’ve done a full tank all day long and working as much as we could.

"We’ve done a bit more work with Fernando," he added. "After getting more familiar with the car this afternoon, he did some tyre testing.

"I’m sure he has enjoyed it. He spent a lot of time already with the engineers. He’s very keen to understand our systems."

Thomas Laurent had been the fastest of the WEC rookies in the morning in the sister #7 Toyota with a time of 1:43.273s. However he did not take part in the afternoon running. Instead, Michelin tyre testing fell to the experienced Mike Conway, whose best lap was 1:42.381s.

Newly crowned Formula V8 3.5 champion Pietro Fittipaldi - grandson of former F1 world champion Emerson - did get a short outing after lunch. He improved his best lap time to 1:42.275s before the end of the test, and was fastest rookie of the day.

With his initial LMP1 test now behind him, Alonso will now make the short trip from Bahrain to Abu Dhabi in time for the final Formula 1 race of the season next weekend.

Before the start of the 2018 F1 campaign, Alonso will race in the Rolex 24 at Daytona in the LMP2 class. He'll take the wheel of a United Autosports entry, the team co-founded by McLaren executive director Zak Brown.

It's yet to be confirmed whether Toyota has agreed a deal to enter Alonso in next year's Le Mans 24 Hours event. Vasselon wouldn't comment on whether Alonso would be included in Toyota's next test at Aragon at the start of December.

"We have time now to think about the future," he said. "At the moment it was just a fantastic opportunity."

Alonso has set his sights on completing motorsport's Triple Crown. Having already won the Monaco Grand Prix and competed in this year's Indianapolis 500, Le Mans is the last piece of the puzzle.

"One day it would be nice," Alonso said. "I don’t know when, but endurance for sure is one of the goals for me in the future after Formula 1." 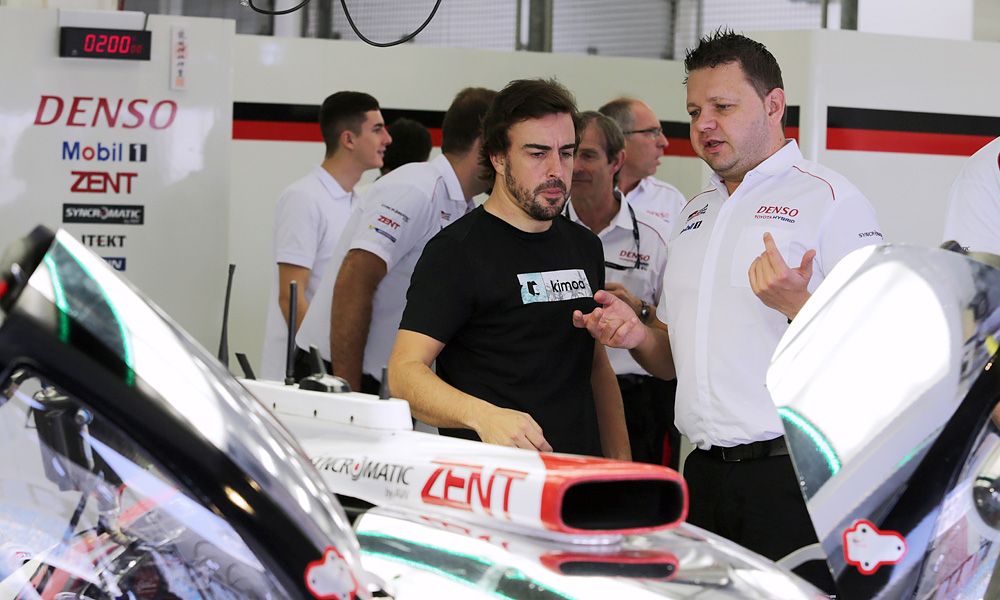 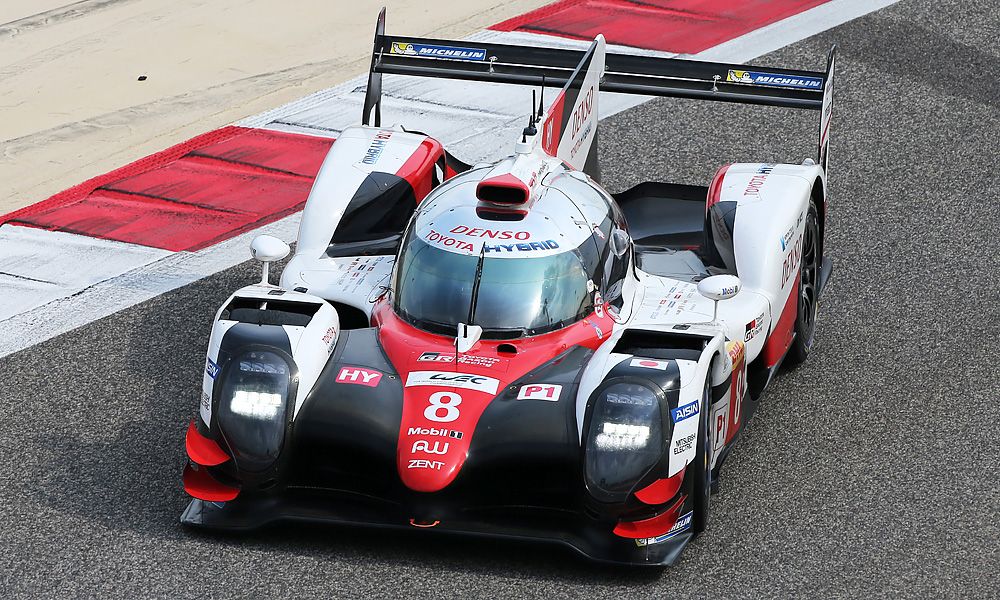 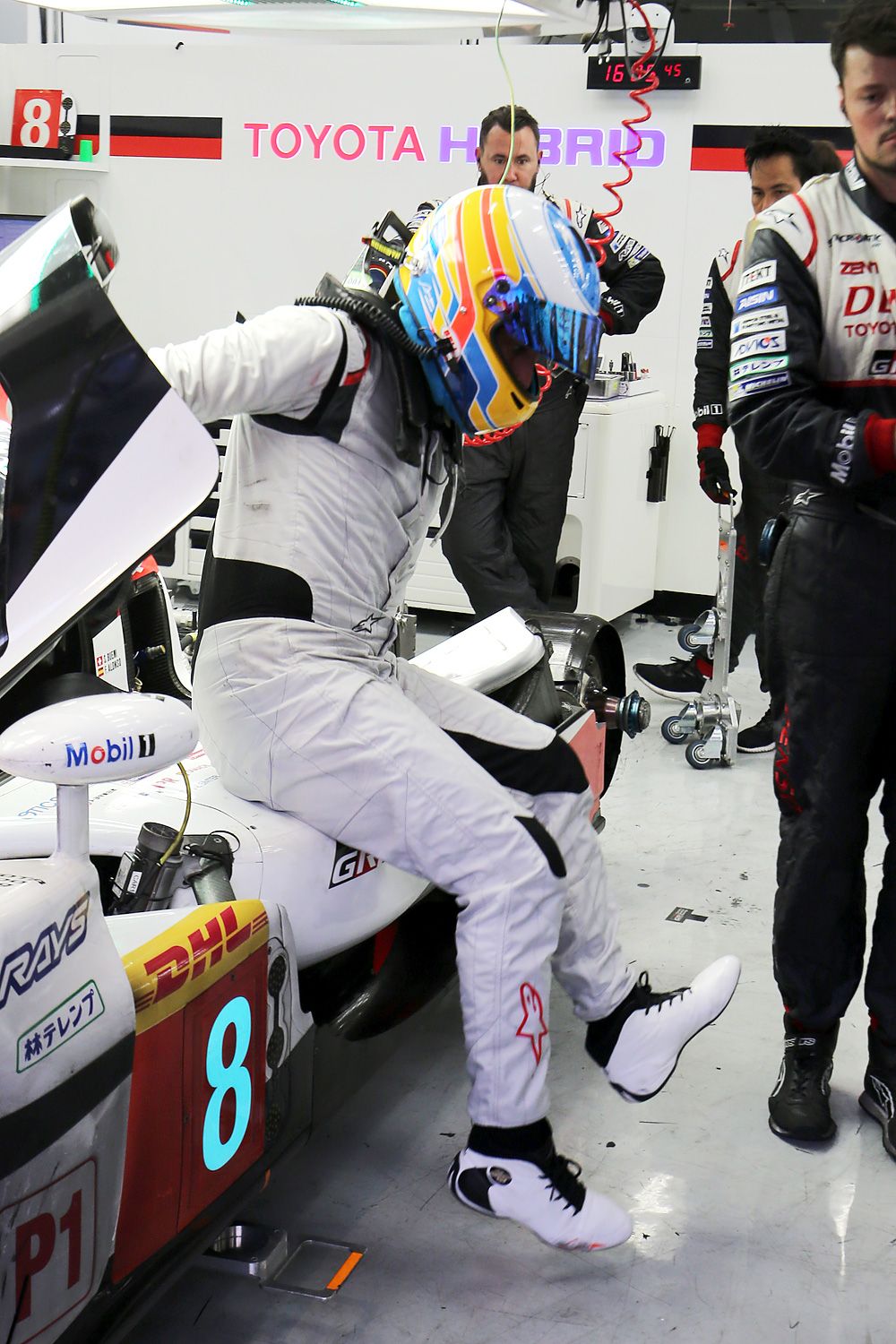 Magnussen 'has nothing to lose' heading to Abu Dhabi