Bernie Ecclestone has warned Formula 1's new owners Liberty Media not to treat the sport like a fast-food franchise.

Ecclestone was in charge of the sport until the beginning of the year. Despite a prior agreement that he would stay in post for three years, Liberty quickly decided to remove him as CEO.

He's kept criticism of the new management fairly low key so far. However it's no surprise that he doesn't agree with everything the new owners are doing.

"I'd always treated Formula 1 as if it were a three-star Michelin restaurant," he told Folha de S.Paulo this week. "It isn't proper to treat Formula 1 like a fast-food restaurant.

"That's the US standard. It's far below Formula 1's. Everyone who has been involved in Formula 1 for the last 40 years expects a higher standard."

Ecclestone suggested that the new management team still wasn't really on top of what the sport was about, or how to run the business.

"They need to wake up. I have nothing against them. I feel sorry for them. It's almost like giving a dentist a doctor's job," he said.

Ecclestone pointed out that the high price Liberty paid to purchase the sport had been the best validation of the four decades he spent building up F1.

"If my work there hadn't been any good, they wouldn't have bought the company," he said. "We thought it was the right time [to sell]. Maybe we were mistaken. I have no regrets."

Ecclestone has since been given an honorary position on the board. However, he says that the new owners rarely listen to his contributions.

"I still have a high position at the company," he commented. "I suppose I am a counselor of sorts."

But he added that he wouldn't be interested in returning to his former position.

"After being in charge for 40 years, I wouldn't like to go back and have to ask the owners how to proceed, as if I were a hitman." he said. "It's as if you were hired to kill someone and then you started wondering: what should I do now?"

However he insisted that he didn't feel that he had been 'tricked' out of his position as CEO, even though his ultimate ousting had been a surprise at the time.

"If I felt I had been tricked, I would have done something about it," he stated matter-of-factly. "This is the sort of thing that happens in life.

"Perhaps they didn't know how to ask me to stand down," he added. "Chase Carey wanted to take my place, so I told him: 'You bought the car, now drive it.'" 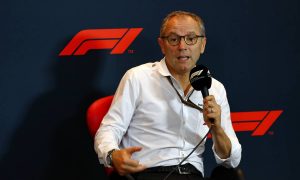 Domenicali: 'Formula 1 will never put a gag on anyone'