The Sauber team has revealed its bold new car livery for 2018 after announcing its partnership with new title sponsor Alfa Romeo.

The team held a launch event at Alfa Romeo’s museum in Milan on Saturday, during which it pulled the covers off its new car.

The design is predominantly white and deep red, with a large Alfa Romeo logo on the engine cover. It's a big change from this year's blue, white and gold trim look. 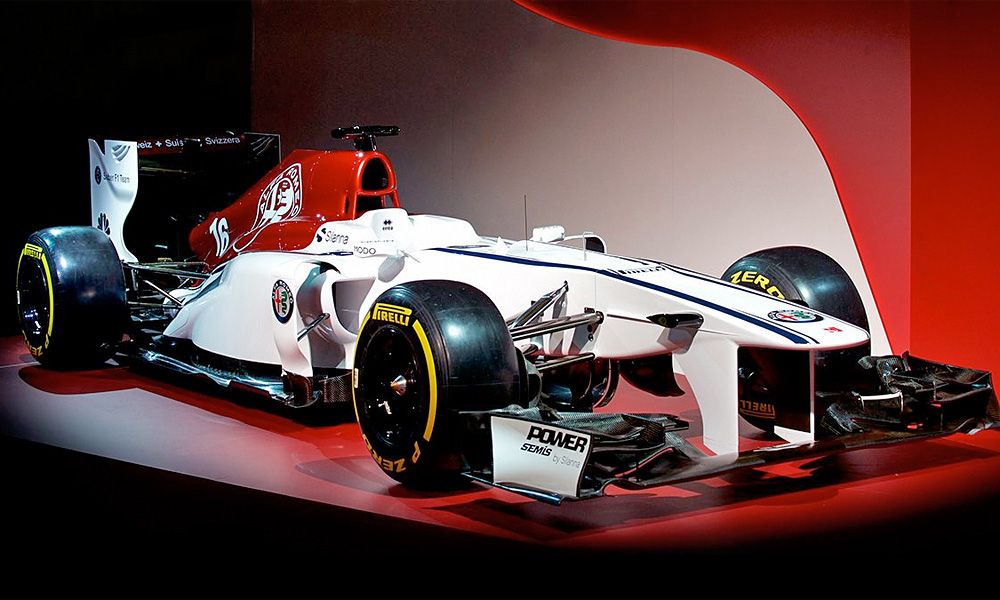 "I am proud of the team," Sauber principal Frederic Vasseur told the official Formula 1 website in advance of the event. "Life is not easy when you are at the back.

"We are improving. We are on a good way. We’ve made some good steps on the car in the factory. So there is real progress visible. Small step by small step – but moving steadily forward. Miracles don’t happen by snapping your fingers.

"Success is always the addition of small things, so if motivation is there the rest should follow. I definitely do believe that – especially when you have the chance to team up with such an iconic partner as Alfa Romeo."

As well as unveiling its new car, the team also showed off its new logo.

It also confirmed that Marcus Ericsson and Charles Leclerc would be the team's main drivers next year. Antonio Giovinazzi will be the squad's test and reserve driver.

Leclerc and Giovinazzi are both graduates of the Ferrari Driver Academy. The deal with Alfa Romeo means that Sauber will have closer ties with Ferrari next season.

Strategic, commercial and technological cooperation are among the benefits from the deal. Sauber will also have use of the latest specification Ferrari engine, which will be supplied under Alfa Romeo branding.

It will be the first time that Alfa has been involved in Formula 1 since its works team project between 1979 and 1985. Its most recent motorsports participation was in touring cars in the 1990s and 2000s.

Alfa posted a promotional video to celebrate its new role on Saturday.

It’s always been in our history. It’s part of us. Racing is in our DNA. Stay tuned! #AlfaRomeo #AlfaRomeoSauberF1Team @SauberF1Team pic.twitter.com/minaCxFK6C

Ericsson keeps seat at Sauber for 2018 alongside Leclerc