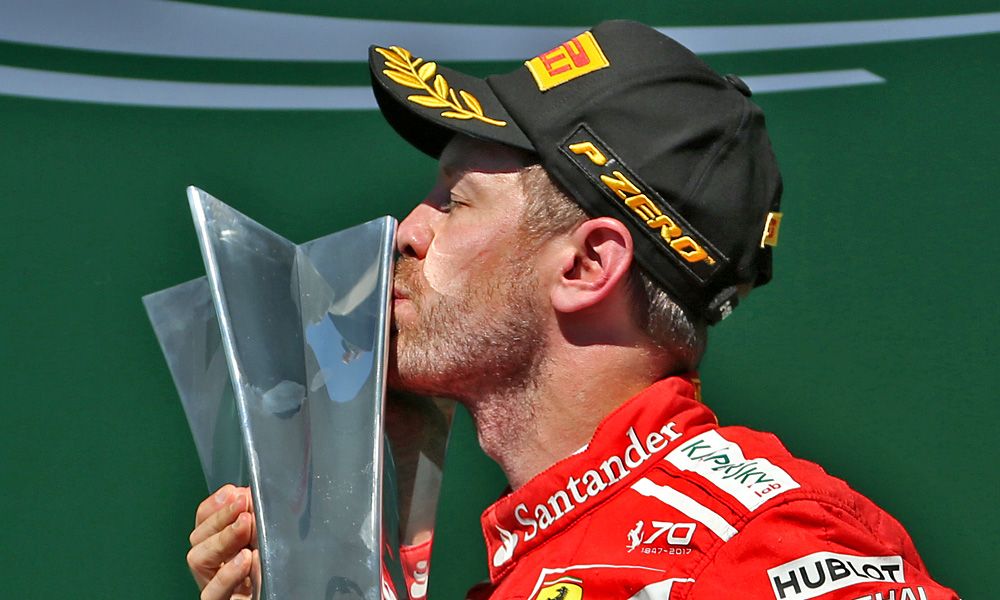 Coming into the 2017 season, there were question marks about how long Sebastian Vettel would stick with Ferrari. He'd ended the previous season without a win, particularly galling for a four-time world champion. If Ferrari couldn't give him a car capable of winning the title, would he walk away at the end of the year?

Fortunately the SF70H proved just the tonic that Vettel needed. A win straight out of the box at Melbourne startled everyone - except perhaps Vettel and Ferrari themselves. He then went on to trade punches with Lewis Hamilton at every race that followed. By the summer break he was still ahead, although a 14 point margin was clearly too close for comfort.

Unfortunately Vettel's title challenge was eventually undone by technical issues at Ferrari, including a 52 euro spark plug that forced him into retirement at Suzuka. But we also saw chinks in Vettel's mental armour as well, beginning with the astonishing hot-headed moment when he banged wheels with Hamilton behind the safety car. He got away with that one, but his rash defence of the lead into turn 1 at Singapore proved to be a killer blow for his title hopes.

Even so, five wins in 2017 and 13 podiums (the same as Hamilton and Valtteri Bottas) is a remarkable upturn for Vettel compared with last year. While it might feel like an opportunity lost, it could equally prove to be a dress rehearsal for an even more successful 2018 now that he's signed a three-year contract extension to stay at Maranello.