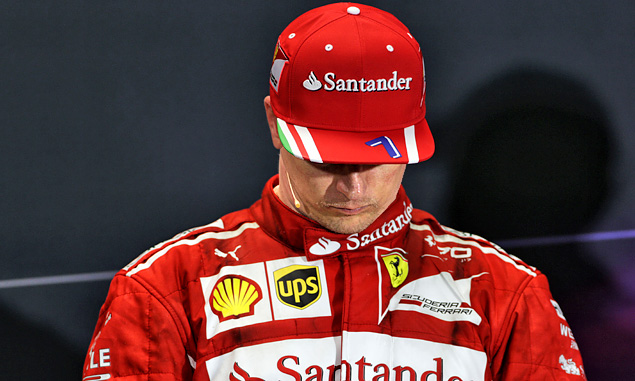 It's really hard to write about Kimi Raikkonen's season. You know he was there on the day and in the mix on many occasions, but somehow he slips out of sight in the background. He keeps getting lost in the long shadow cast by his team mate.

Raikkonen qualified ahead of Vettel on only five occasions all year (and that includes Malaysia, where Vettel failed to even set a time in Q1 due to engine issues.) The statistics are even more lop-sided when it comes to the race, with Raikkonen finishing ahead of his team mate only twice. As for the championship, he was over a hundred points adrift. Raikkonen undeniably dropped a long way behind Vettel this year, having closed right up in 2016.

That's not to say that Raikkonen has been driving badly. True, he was the only driver from the three top teams not to win a Grand Prix this season - his best result was second (twice, at Monaco and Hungary). He also picked up a further seven podium places. But the Iceman appeared unexcited about his race weekends, lacking the fire to put him into serious contention. Of all the drivers on the grid, Raikkonen lost the most places on the first lap (20).

It even began to feel like Raikkonen might follow Felipe Massa into retirement at the end of 2017. However, his strong working relationship with Vettel means Kimi will be back again at Ferrari next season. Hopefully he'll be making more of a real rumble than a mere mumble.