The Halo's integration has proven challenging for F1 teams, and McLaren was no exception. The team's engineering crew approached the component's incorporation with a gradual process using mock-up designs.

But the massive loads applied to test the Halo's resistance levels - which Mercedes tech boss James Allison equated to the weight of a London bus - forced the team to execute unexpected changes to its chassis design.

"It has been a big challenge," said Morris.

"The loads are very very high. We always knew it was going to be a challenge and we invested some time and money up front to do quite a lot of test pieces.

"Obviously you don't want to build a complete chassis, but we built various test pieces where we had dummy Halos, parts of Halos, full Halos, and testing how the interfaces would behave.

"We found some issues but we planned early enough so we could react to those issues and catch the main chassis, which we did.

"It was close. I am not saying we breezed through it, and there were quite a few heart-stopping moments when doing the static test that comes in from an oblique angle – where it takes the weight of a London Bus.

"When you see that test going on, it is pretty scary with the amount of load going in there, which it is designed to do."

While the mandatory component is the same for all, teams are allowed to design fairings for the Halo within a limited set of specifications. 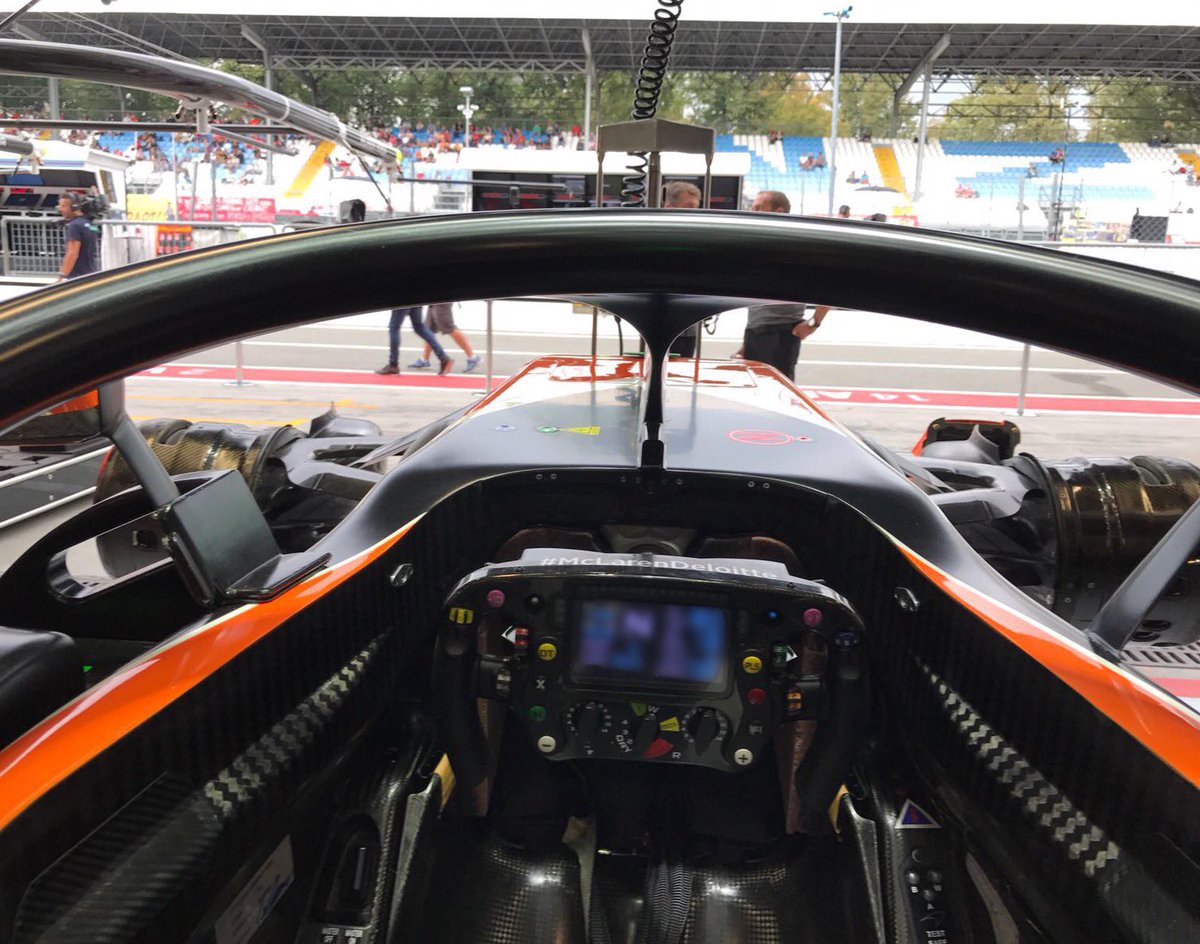 McLaren's chief of aerodynamics Peter Prodromou believes teams will likely experiment with various designs in the beginning, in search of potential performance gains.

"Aero wise it is certainly not penalty free and I think there is a challenge to either cope with it in the first insistence, let’s call it damage limitation," Prodromou said.

"Thereafter I think it is about opportunity and exploitation. It does open up some avenues which are possibly interesting to look out.

"I am sure there will be a variety of different solutions out there but the scope is quite limited to the allowance around the basic shape but there is opportunity there.

"Everyone is going to be faced with how it impacts the flow into the engine and the flow into certain cooling ducts in that area, including ourselves, as well as the flow to the rear wing.

"On the flipside there may be opportunities to tap into which you couldn’t before.

"The advantage is likely to be short-lived with the rest of the field catching up midway through the season," he said.

"I’d probably give it half a season and I imagine everyone will have converged, that would be my rough guess."

Chase Carey: 'We had to break F1's negative spiral'

YOU DESERVE THE BEST