The FIA is conducting research work on a future version of the Halo cockpit safety device which should improve its aesthetics as well as its chassis integration.

The controversial component has been made mandatory this year in Formula 1 and in several the FIA-sanctioned junior series.

While many believe criticism of the Halo has been overblown and its presence will soon go unnoticed, the governing body is planning on developing its form and structure.

"One is the central strut, to see if we can have a reduction in thickness for visibility purposes. And secondly a better integration in the car, i.e. better aesthetics ultimately.

"So that's what we would like to see in stage two."

According to Mekies, certification of the Halo was an arduous task for the FIA last year which entailed the definition of standards and the validation of suppliers.

"So the reality is that the last few months we have been trying to switch from a decision-making point to making it happen.

"Now we are a few months later and the situation is quite good. Halo has been delivered, we have three suppliers now homologated, so we are now going to be able to put a bit more emphasis on the research on stage two."

Alonso keen on racing on in WEC after F1 career 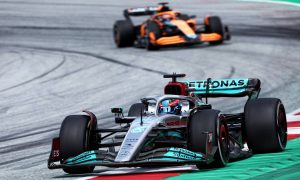