His predecessor Nico Rosberg had admitted using psychological tactics in his successful bid to beat Hamilton to the 2016 title. But that approach holds no appeal to the Finn, who is starting his second year with the team.

"I just want to win as many races as I can and that way the championship," Bottas said on Tuesday. "I don't need to change anything else what I do.

"Rather than focusing too much on [Lewis], I'm going to spend my energy and focus on myself and my performance on track

"If I perform at the level that I'm aiming to every single race, I hope that will do the job," he continued. "It is up to me how I perform on track, and I'll decide if I'll show muscle when it's needed.

In order to get on a par with Hamilton, Bottas has been working on the areas in which he was weaker or less consistent in 2017.

"I've definitely been trying to focus a lot of my effort and time," he said. "Especially regarding the races and conditions and the sessions where I didn't perform on the level I should have.

"I've learned a lot from that. But also my average races, or good races, I still want to make them even better."

Bottas enjoyed a full day behind the wheel of the W09 on Tuesday, instead of sharing driving duties with Hamilton as he had on Monday. While the weather was far from optimal, Bottas benefitted from the extra track time.

"We made the most out of the day. In the morning, we focused on aero work with different aero rakes on the car, running various tests. In the afternoon, I was doing long runs and we also worked on the set-up.

"It was quite tricky in these temperatures, but we managed to get some work done and found some answers to our testing items.

"I would say it was a good day. I hope that the weather is going to get better soon and I'm looking forward to [Wednesday] and Thursday."

Williams hits out at criticism of Stroll and Sirotkin 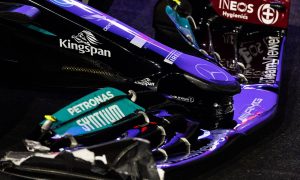 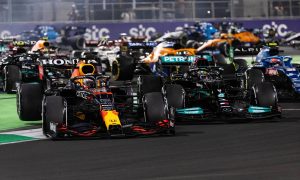