Formula 1 needs to sort out its technical future from 2021 onwards. There are also negotiations for the renewal of the Concorde Agreement which lays out how the sport is run, and how revenue is shared out.

Liberty Media had been hoping to run the sport as a more cooperative venture than previous CEO Bernie Ecclestone's notoriously combative management style. But Horner felt that this was doomed to failure.

"My view on this is very simple," he said during Friday's team principal press conference. "Trying to get a consensus between teams that have got varying objectives and set-ups is going to be impossible.

"It’s down to the commercial rights holder [Liberty] and the FIA to get together," he continued. "[They have to] come up with a set of regulations, what is the financial framework, what is the distribution that they want to have.

"Put it on the table and then it’s down to the teams whether they want to sign up to that or not.

"Liberty, together with the FIA, need to get on the same page and say this is what we want Formula 1 to be," he continued. "This is the financial distribution surrounding it, here's the deal and lay it out to the teams."

"It's history repeating itself," said Horner of the current war of words in the media between various interested parties. "It happens every five or six years, every time the Concorde Agreement comes up for renewal.

"Of course there will be a lot of positioning. The media will be used."

"It is clear that the current governance and how the rules are being made is not very functional," commented Mercedes boss Toto Wolff. 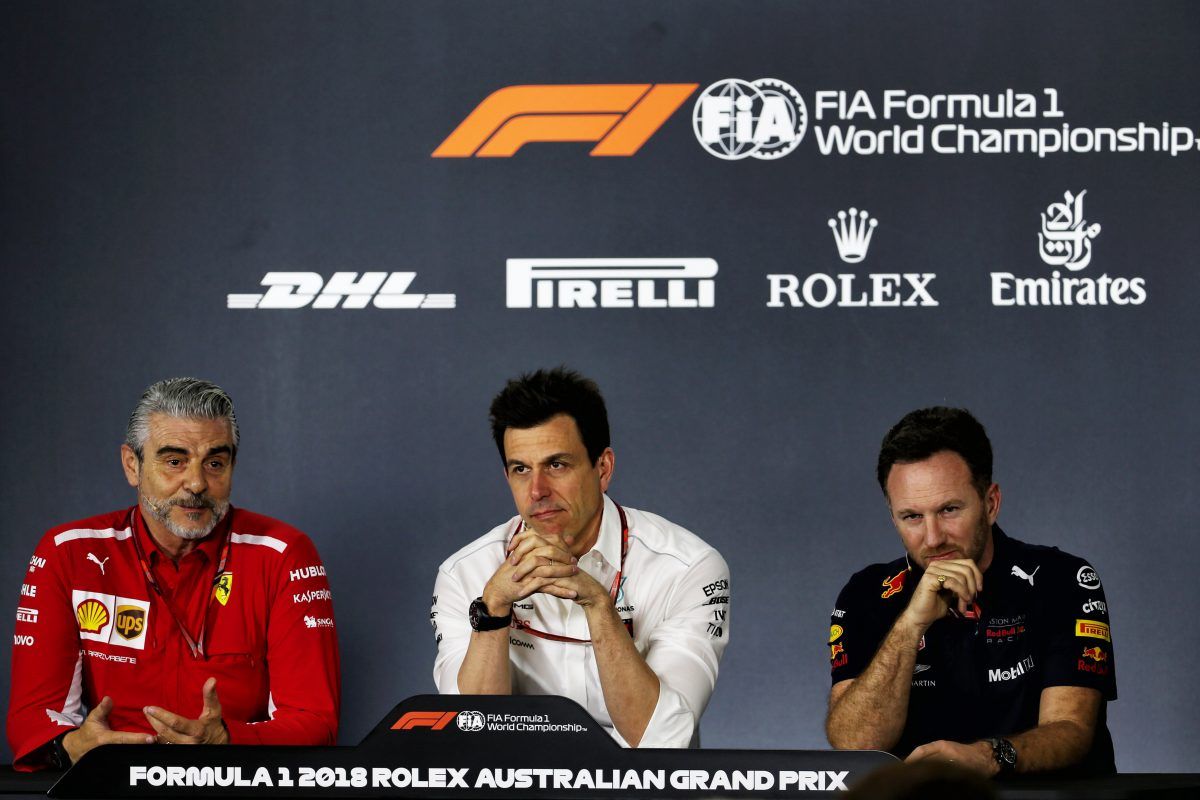 "There is too much different opinions and agendas on the table," he added. "We need to sort it for 2021 for the best interests of the sport.

"It is about responsibility for Formula 1," he continued. "We are all carrying the torch of a great series and a great brand that was built 40 or 50 years ago and has tremendous value and nobody is taking that lightly.

"Headlines are being created based on things that are being said. And like Christian mentioned before, it is about the new Concorde agreement going forward.

"Everybody’s trying to position themselves but all the time with respect for the series.

"We all care for Formula 1. And we all have a certain vision and perspective of Formula 1 and how we want to see it going forward.

"It needs to fit that opinion and this is why these statements are being made. They of course are being blown up in the media like it has always been the case.

"But I can assure you that whatever is being written is that we care a lot about responsibility, and we owe it to Formula 1 and we need to give it all."

Sainz hoping Renault can close the gap to Haas

Williams 'achieves objectives' despite glitches for Stroll and Sirotkin