The Williams team declared itself satisfied with how the first day of practice for 2018 had gone in Melbourne ahead of this weekend's Australian Grand Prix.

However, the team did experience some of the typical sort of glitches that are to be expected at this early stage of the season - including one that saw Lance Stroll park trackside at the end of FP2.

"This afternoon, Lance’s car got too close to the power unit limits doing practice starts," reported chief technical officer Paddy Lowe. "So we stopped on track after the chequered flag to preserve the engine."

"At the end of the session the engine went into a safety mode," Stroll confirmed. "[But] I think it was a positive day, looking at the laptimes and everything."

The Canadian teenager finished the afternoon in 14th place, after his qualifying simulation had to be aborted due to a unfortunately-timed red flag.

"I think we can improve quite a bit," Stroll suggested. "We got the red flag [on my flaying lap]. I went back out and did my time on a one lap tyre, so there is definitely a few tenths in that.

"If you ask me I think we are in a decent position," he added. "It seems like the car is a bit better here than in testing.

"We don't know where the other cars are on fuel and everything, and we don't know what engine mode people are running, so that is a question mark."

Stroll's new team mate Sergey Sirotkin also had some early issues during his first day in the race seat.

"There was a minor problem with the radio which lost Sergey some time this morning," Lowe revealed. He added that the Russian rookie had also been busy getting settled in his new working environment.

"There are still many new things for me to learn procedurally," Sirotkin concurred. "You get more confidence with every lap and every corner, especially when you try different things. 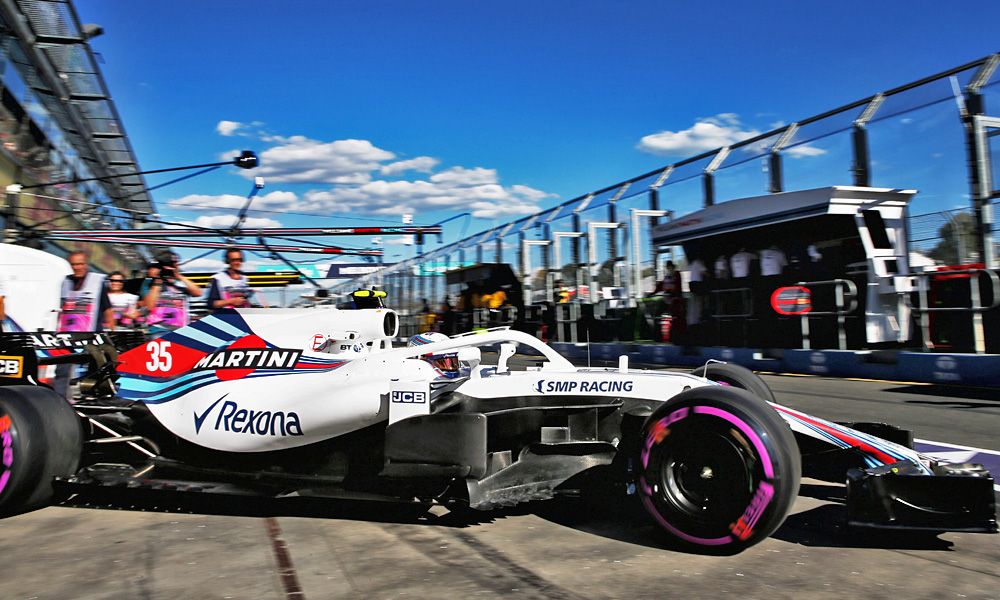 "It’s not easy, but it’s as expected. Overall, everything feels very different to [pre-season testing in] Barcelona. It’s still a bit early to say, but I think we look okay."

Overall, Lowe was happy with the progress made by the team and its young drivers on Friday.

"Today went well from the perspective that we achieved all the things we set out to do," he said. "Other than [Stroll's stoppage], it was a trouble-free day.

"We chose to run an extra set of tyres in FP2 because we anticipate wet weather for FP3 tomorrow and we won’t be able to make use of these tyres.

"We worked on balance, which is not too bad at the moment and the drivers were learning the track, particularly in Sergey’s case.

"[They're also] learning how to get the best from the tyres, which are working properly here, unlike during pre-season testing where the conditions were so cold.

"There’s clearly a very competitive midfield, so there’s a lot of work to do overnight to ensure we can perform at our very best in qualifying tomorrow."