Lewis Hamilton admitted that he'd been holding back his best until the very last lap of qualifying for the Australian Grand Prix.

The Mercedes driver set a new track record time of 1:21.164s in his final outing in Q3, over six tenths faster than Ferrari's Sebastian Vettel.

The size of his advantage over the rest of the field led to accustations that Hamilton had engaged the W09's 'party mode' to supercharge its performance in the final top ten pole shoot-out.

However, Hamilton vehemently denied any such thing existed at Mercedes.

"I can assure you we don’t have a party mode," Hamilton said after the session, jokingly adding: "I'm always in party mode!

"I use the same mode from Q2 to the end of Q3. There was no extra button or mode I engaged in."

Sitting beside him in the post-race press-conference, an irked Vettel challenged him by asking, "What were you doing before then?"

A buoyant Hamilton shot back with: "I was waiting to put a good lap in and wipe the smile off your face!

"I don't really know; during that lap I was in the same mode as I was in before but it was really just hooking up the tyres, getting them at the right temperature and putting the lap together.

"I'd had good sectors before, maybe the first lap of qualifying, but after that I hadn't put them together."

"It was really close between all of them, and I really think today it was a Lewis Hamilton lap," the 2016 world champion told Sky Sports F1. "That looked extremely special. It was great to watch. I have massive respect.

"He pulled it out of the bag in an unbelievably special way. Nailed it 100 per cent. When he's in this form everybody else might as well pack up and go, because there's no one who is going to beat him! 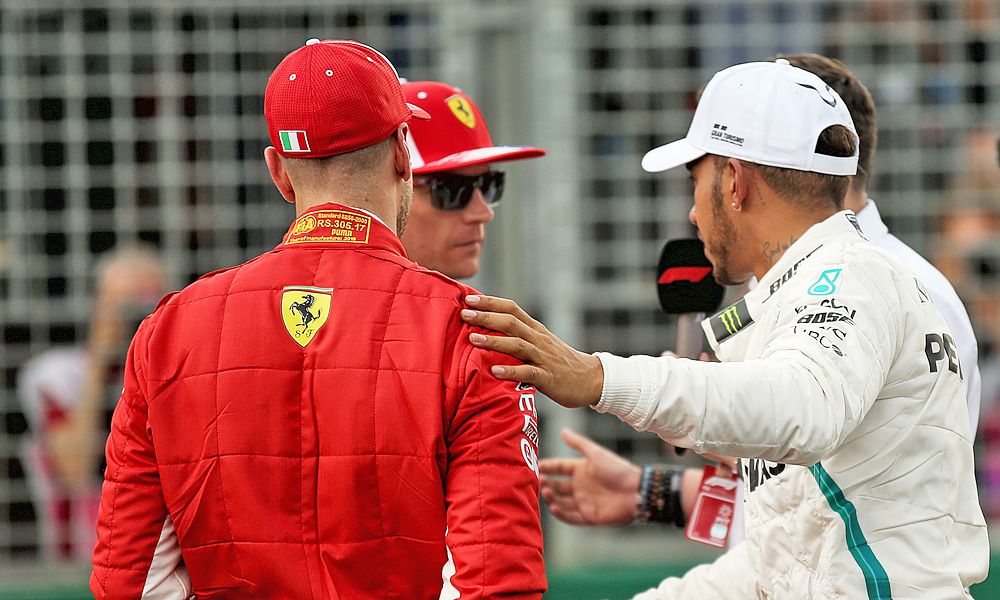 "He had full power all the time, he wouldn't take those risks," Rosberg said when asked about whether Hamilton had 'party mode' on for Q3. "Maybe it's just a bit in the tyres - the tyres are a bit cold or didn't quite there. Or he was going for more of a banker lap. There are different reasons."

Hamilton's lap had certainly put the smiles back on faces at the Mercedes garage, after Valtteri Bottas crashed out at the start of Q3.

"You'd think that with the results we've had for the years, it would be the norm," Hamilton said. "But it doesn't.

"It's still just as intense. My heart's racing - I wish you could feel it right now!" he continued. "I'm so happy with that lap. It was a such a nice lap.

"I'm always striving for perfection, and that's as close as I could get," he added. "What was surprising was to see how quick the Ferraris were."

Hamilton was also quick to hail the enthusiasm of the local fans in Melbourne.

"It's great to see this crowd here," he said. "I'm so grateful to the Aussies for having us here every year.

"Mostly the generally good weather, but beautiful city. And a lot of British flags here, I'm really grateful for it."