Lewis Hamilton will start the 2018 Australian Grand Prix from pole position after a stonking track record last lap from the Mercedes driver in qualifying.

The Ferraris of Kimi Raikkonen and Sebastian Vettel were unable to match Hamilton's final round pace, but will start second and third respectively. Red Bull's Max Verstappen joins Vettel on the second row and will start the race on supersoft tyres.

However Valtteri Bottas will get underway from no better than tenth place after crashing out in Q3. The Mercedes team will have its work cut out to get the car repaired in time to take its place on the starting grid in Melbourne on Sunday.

After the wet conditions for final practice, the Albert Part Circuit track had dried by the time the cars came out for the first round of qualifying on Saturday afternoon.

Renault's Nico Hulkenberg was first to set a timed lap of 1:25.348s, but he was quickly hustled off the top by a number of significantly faster cars. Kimi Raikkonen soon led an early Ferrari dominance of the timing screens with 1:23.616s, three tenths ahead of team mate Sebastian Vettel.

Lewis Hamilton hit traffic on his first flying lap, and as a result he split the Ferraris and slipped into second place. The Red Bulls came out slighter later than the rest of the field, but made their mark when they did with Max Verstappen going into fourth place ahead of Daniel Ricciardo.

Hamilton then proved it was possible to get second-lap performance out of the ultrasofts with a session-best time of 1:22.824s before returning to pit lane. There was also a boost for Haas with Romain Grosjean and Kevin Magnussen sandwiching seventh-placed Valtteri Bottas. Subsequent improved laps from Renault's Carlos Sainz and McLaren's Fernando Alonso meant Grosjean was pushed down to eighth by the end of Q1.

Once the frontrunners cleared the field of battle it was left to the slower teams to battle it out to avoid elimination. It was soon clear that Toro Rosso and Sauber were lacking in pace, with Williams' rookie Sergey Sirotkin joining Brendon Hartley, Marcus Ericsson, Charles Leclerc and Pierre Gasly on the sidelines for the rest of qualifying. 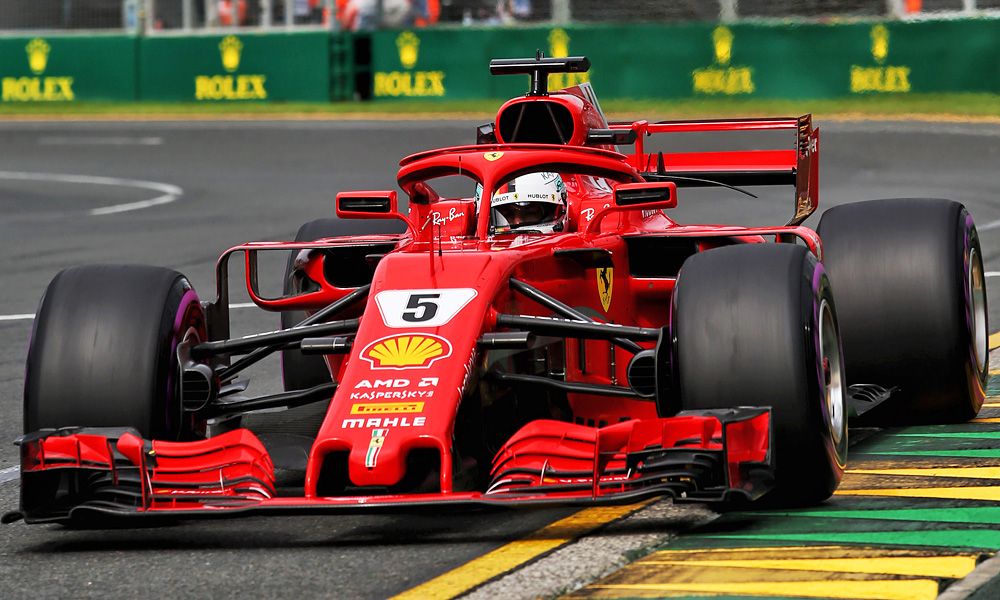 Despite a growing risk of rain in the Melbourne area, it was a slow start to Q2. Finally Verstappen headed out, running on supersoft tyres compared with the ultras on the two Ferraris that followed him onto the track.

Verstappen punched in an impressive 1:22.830s with Raikkonen then improving on that by three tenths as the track started to get busy. Hamilton then changed the rules by posting a time of 1:22.051s. Even so, no one considered themselves safe. No sat out the rest of the session in the pits and all 15 cars went back out for a final run before the chequered flag.

Bottas using the opportunity to go second just a few hundredths behind Hamilton. Vettel then showed Ferrari's hand by going top with a mighty 1:21.944s to deliver a serious statement of intent from the Scuderia.

Verstappen also improved go fourth ahead of Raikkonen. In addition the Dutch driver will have the additional strategy advantage of not having to start the race on ultras. That almost guarantees a one-stop strategy in Sunday's race. Ricciardo followed the saame approach and was sixth fastest.

Joining them in the final top ten pole-shootout round were Sainz, Magnussen, Grosjean and Hulkenberg. Meanwhile Alonso and his team mate Stoffel Vandoorne, together with Force India duo Sergio Perez and Esteban Ocon and Williams' Lance Stroll, all found themselves joining the spectators for Q3. 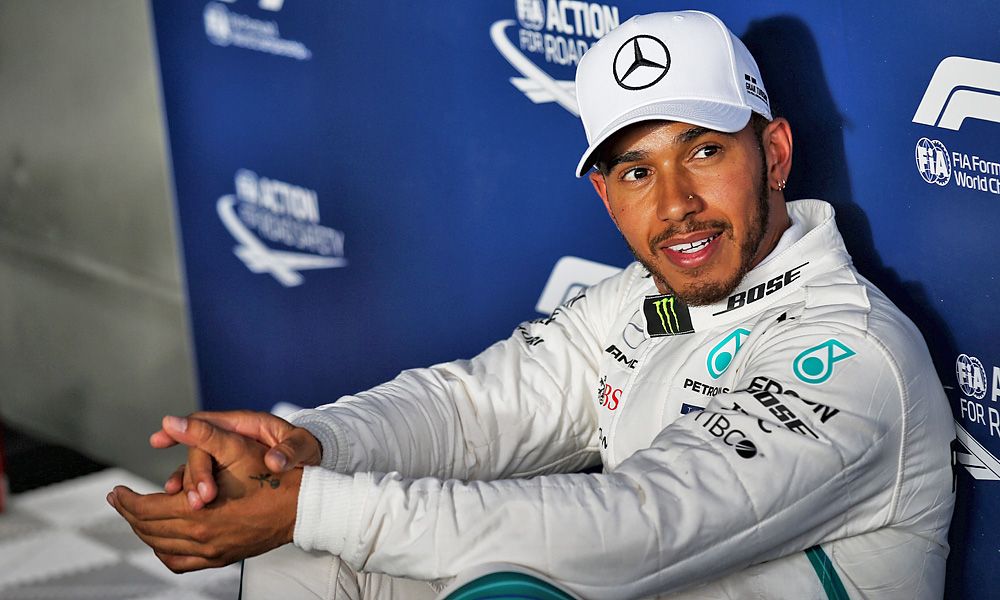 There was little hanging around at the start of Q3 before cars started to head out.

However, no one had the opportunity to post a time before Valtteri Bottas ran wide at turn 1. He put a tyre on the still-wet grass, which spun the the Mercedes into the outside safety barrier. The session was immediately red-flagged as the medical team attended the scene and the badly damaged W09 was swept up.

The stoppage meant Hamilton had been among the drivers to have to abort their first flying lap attempt. When the session resumed, the frontrunners hit the track immediately and it was now down to who could punch in the fastest lap as fast as possible.

Hamilton drew first blood with a time of 1:22.051s, matching his Q2 time to the thousandths of a second. Vettel looked on pace to exceed that, but lost time in the final sector to go second by three hundredths. Verstappen took up third ahead of Raikkonen and Ricciardo.

The top five now had a hasty turnaround in the pits for their second run, where they were joined by those who had been planning a single Q3 run from the start. Hamilton was the first of the front runners to cross the line and delivered an all-time lap record of 1:21.164s with Raikkonen several tenths further back.

Vettel couldn't match the step-change from Mercedes and will start from third place alongside Verstappen. Ricciardo was fifth fastest but will start the race from eighth place due to his three-place grid penalty from FP2.

That will promote Haas duo Magnussen and Grosjean up a place apiece from sixth and seventh respectively. Renault's Nico Hulkenberg also gets a once-place bump and will start alongside Ricciardo, while Sainz will start ninth alongside Bottas.

Hamilton happy to 'wipe the smile off' Vettel's face!